The importance of creation

September 22, 2018
The Son is the image of the invisible God, the firstborn over all creation.  For in him all things were created: things in heaven and on earth... all things have been created through him and for him.  He is before all things, and in him all things hold together. ... For God was pleased to have all his fullness dwell in him, and through him to reconcile to himself all things, whether things on earth or things in heaven, by making peace through his blood, shed on the cross.
from Colossians 1:15-20

Our first Tenants of the King study focused on this poetic passage from Colossians 1, which talks about how Jesus, the Son of God, is supreme over everything.  The study encouraged us to consider what we believed about the relationship between Jesus and creation, and what creation is made for.

Because I rather like my plastic cup analogy from my last post, I'm going to use it again to explain some of the themes from this study.  A plastic cup belief is one that we've picked up easily, never given much thought to, and may cause a lot more damage than we realise.  Here are three which Colossians 1 might encourage you to find alternatives to.

Plastic cup belief 1: Humans are the most important thing in the universe 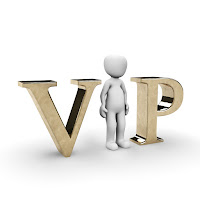 Well, this one is hardly limited to Christians.  I think we all believe this, simply because we are human.  In our modern world, it is exacerbated by our surroundings; for most of us, everything we see is constructed with human convenience and comfort in mind.  We have to go a long way to find a piece of earth which hasn't been shaped by people.  The danger is that we can then justify anything that benefits us, from factory farming to strip mining to housing developments, ignoring the consequences for the rest of the world.

The Christian faith tends to reinforce our view that humans are important, by stating that we (and we alone) are created in the image of God; that Jesus came to save us (and us alone); and that regarding creation as too important is coming dangerously close to worshipping it rather than God.

These beliefs are not entirely wrong, but they may not be entirely right either.  Look at that repetition of "all things" in Colossians 1: Jesus created all things, holds all things together, and moreover, is bringing all things back to God.  When you look into the sky and think about how many stars and planets and galaxies "all things" includes, you realise just how small a part we are.   We hold in tension the knowledge that we are mere pinpricks in an infinite universe, with the belief that our Creator cared enough about us to become one of us.  We are important.  Just slightly less important than we think.

Plastic cup belief 2: The more spiritual we are, the less we should think about material things 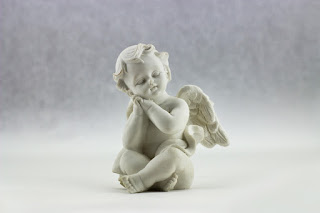 If you mentally picture someone who is really spiritual, what do you imagine?  Someone who floats around in a kind of holy bubble, indifferent to possessions, buffered from difficult emotions, without any ties to the everyday world?  Yup, I know lots of people like that too.

Tempting though that idea of holiness might be, the Christian story points the opposite way.  The holier you are, the more likely you are to be rolling your sleeves up and getting stuck into dealing with actual messy life.  Jesus' tasks include holding things together and reconciling them - never an easy job - and he spent his time on earth talking about farming, money, baking bread and even washing up.  Getting closer to God doesn't give us a licence to ignore the earth's problems.  In fact it gives us more of a reason to work on them.

Plastic cup belief 3: The main reason Jesus came is to get us to heaven when we die 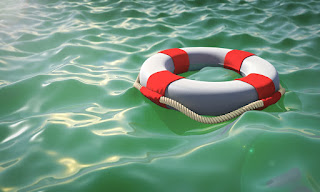 This one follows on from the previous two, really.  God's interest in creation is often presented as him merely reaching in to rescue those particular human beings who have committed to him, as if snatching them from a raging river minutes before the rest of it plunges over a cliff.  In this view, the rest of creation is doomed anyway, and our only task is to make sure as many people are rescued as possible.  Humans are the most important thing, and the material world is only a dangerous distraction.

In Colossians 1, the picture is very different.  A beloved Son, who is intimately involved with the whole created world, lived in it as the image of God, and is bringing peace to it, ultimately returning it to its original glory in God.  That gives a whole different perspective on what God is doing, what we are doing, and what we are hoping for.  The next study, from Romans 8, develops this theme.


Introduction: Compostable Christians
Study 1: The Importance of Creation
Study 2: Groaning Inwardly
Study 3: Do Not Fear!
Study 4: Live in the Light