For those of you who are interested in my attempts at balcony gardening, I thought I'd update you a little. For those who aren't, don't skip this post. You may find something else of interest. 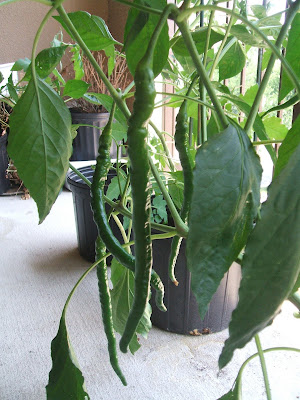 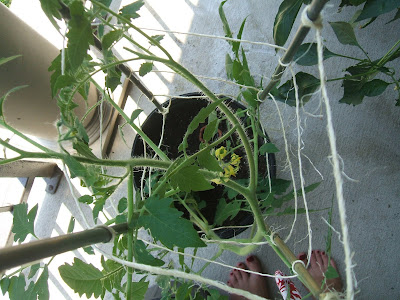 Graham notched up another year last week, so we went out for a curry. Any excuse.


Actually that was the day before his birthday, as on the actual day I had an invitation to a ladies' night, so I deserted my poor husband in favour of having my feet massaged. Well, painted toenails are very sexy - it was all for him really, you see! I fitted in the wifely bit earlier in the day by making a birthday cake and Cornish pasties for dinner. 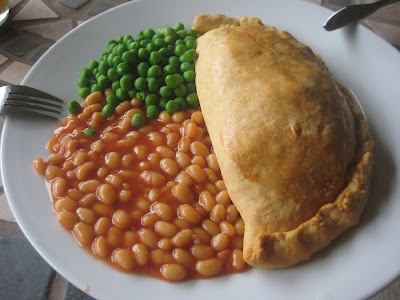 This is the cake and Graham before consumption: 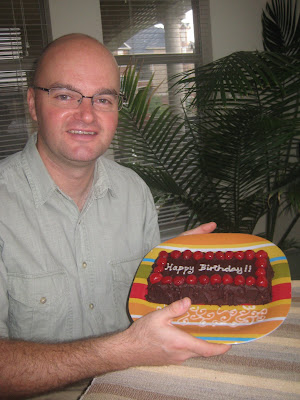 And this is the result of applying one to the other: 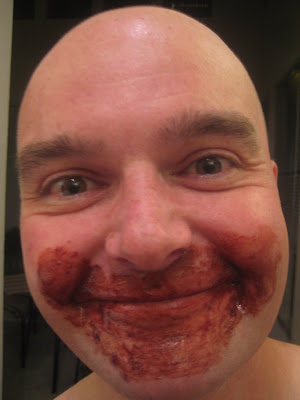 If anyone is interested, it was the Konditor & Cook chocolate biscuit cake from the Green & Blacks cookbook - one of those where you melt lots of chocolate, stir in lots of yummy bits and throw it in the fridge to set. Very easy to make, and unfortunately even easier to eat!
Posted by Martha at 12:16 2 comments: Links to this post

The weather is warming up and outdoor events and festivals are mushrooming. We moseyed on up to the Stockyards to find out what Frontier Day was all about and plunged into a melee of Civil War soldiers, Indian dancers and longhorn cattle. 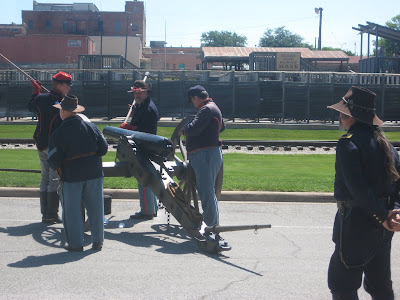 I was somewhat puzzled by the preponderance of Civil War re-enactors, and at first just put it down to the fact that this is a very popular period to recreate. In my head the frontier movement west across America happened way before the Civil War. Then, thinking about it later, I realised there wasn't so much of a time gap after all. The original army stockade at Fort Worth wasn't built till 1849, and the Civil War started a mere 12 years later in 1861. Recorded history is compressed into a pretty short space around here.


That still didn't explain why most of the soldiers were dressed in Union blue, here in this most southern of states. Probably the northerners just had better uniforms. One guy kindly lent me his cap and gun. 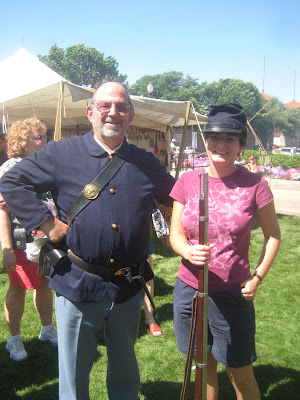 An army doctor gave us a detailed explanation of how to amputate a leg back in the day, complete with appropriately mutilated model. As he talked about making flaps of skin and flourished a hacksaw to cut through the bone, one of the audience hurried off, groaning loudly and looking somewhat green. At least chloroform had been discovered by then. 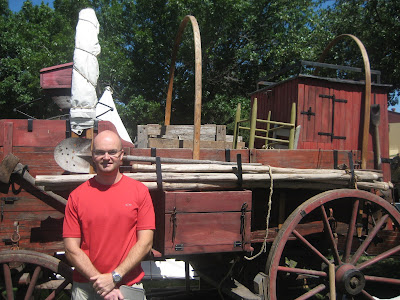 Graham says when a car has all the options you can get, it's known as "fully loaded". This pioneer wagon was certainly fully loaded! Axe holders and water-barrel extensions were the modifications of the day, though I'm sure they would have appreciated air con and surround sound.


Just in case you haven't seen them yet, here's the obligatory photos of longhorns and cowboys. 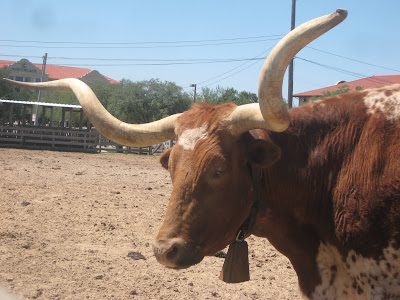 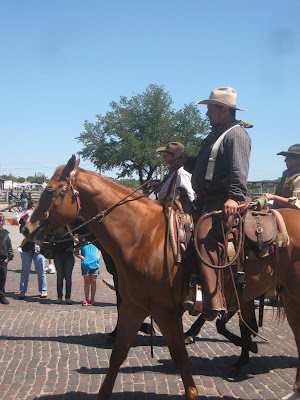 The ones living here have a cushy life, they only have to walk along the street twice a day. Their predecessors of not so long ago trekked for miles across the open plains, through heat, storms and prickly plants. Our lives are also much softer than those of the people who settled this place, and it's good to be reminded of that too. 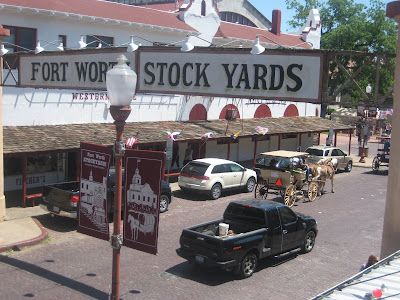 Posted by Martha at 09:16 No comments: Links to this post

Email ThisBlogThis!Share to TwitterShare to FacebookShare to Pinterest
Labels: Days out, History, Texas

Well, St. Patrick's Day is a pretty big thing over here, as everyone with a smidgen of Irish ancestry (and plenty of people without) suddenly discover their roots and use it as an excuse to dress up and drink lots of green beer. So we came back from a night on the town watching a Storm Trooper swill Guinness and guys in kilts wear silly hats and thought, "Hey! Why should the Irish have all the fun?" So off we went to buy some silly hats... oh no, sorry, wrong story! So we decided to throw a St. George's Day party. 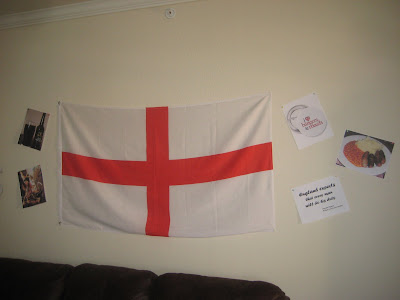 First things first: the food. Can't have a party without food. The advantage of living in a foreign country is that your average English foods are greeted as exotic rarities. The disadvantage is that you can't just go to the supermarket and bulk-buy sausage rolls. You have to start a sausage roll production line. Sausage roll making is actually pretty fun! 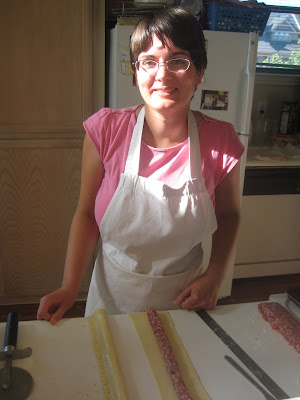 Ditto for the scones, flapjack, coronation chicken and cheese twists. We did manage to track down some British biscuits in an Indian food shop, though, including some dodgy bourbon rip-offs. The flapjack was the clear winner in taste tests - everyone was raving about it. 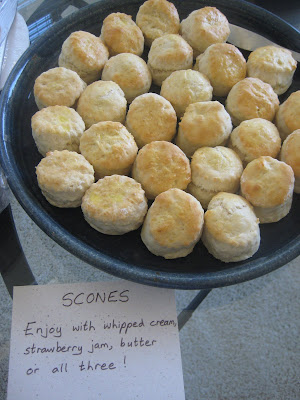 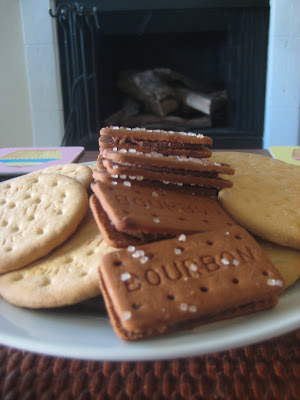 We'd rashly promised "dragon's blood punch" to drink, not having any idea how to make such a concoction. The ever-helpful internet came up trumps, as usual. The resulting mixture of cranberry juice, apple juice and ginger ale (and vodka for the alcohol crowd) tasted good but had a tendency to stain everything pink. We were rather concerned for our cream carpets but such a disaster never occurred. 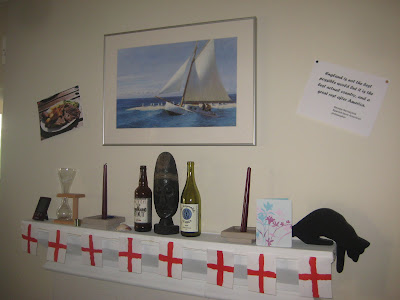 Of course, no St. George's Day party is complete without vast quantities of English flags. A friend kindly gave us a huge one which made a great focal point, and we stuck up a few strings of small ones. Some quotes and English-themed pictures completed the look. 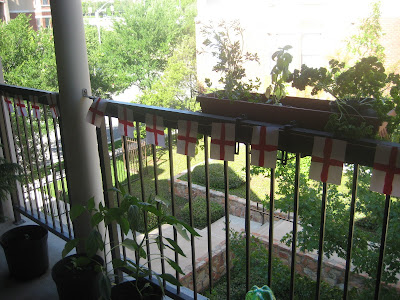 It's a good feeling when you know enough people to actually consider throwing a party. The process of making friends in a new place is a slow and sometimes frustrating one. You meet people. They say they'd love to get to know you. You have dinner together once and never see them again. You meet more people. One or two introduce you to their friends. You go to a party with them all and promptly forget all their names. It feels like one step forwards, two steps back, but one day you realise you have, if not quite bosom buddies, at least enough friendly acquaintances to throw a party without complete embarrassment.


We were happy to welcome about 20 people, which was a good fit for our moderately-sized apartment. Most were either from church or Graham's work, plus a few we knew from other places. It was a good mix of people and everyone seemed to have fun. We certainly did! Of course once it all kicked off we entirely forgot to take photos, but I'm sure you can imagine. Just think of the best party you've ever been to, then double it! Stay tuned for next year...
Posted by Martha at 12:02 1 comment: Links to this post