Many of the cakes I make at work come from a book of designs, mainly produced by Decopac. We are supposed to only make cakes from these designs. Often, however, customers come in with a picture or idea and ask if we can make it for them. Always up for a challenge, I usually agree. I then try and get a snap of the finished article with my mobile phone. And I thought you all might like to see what I do all day... 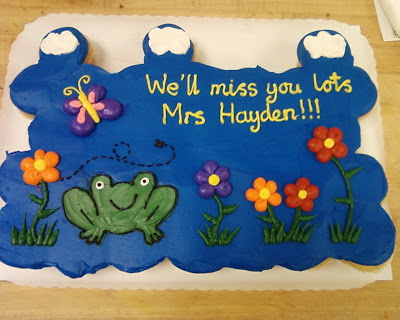 A co-worker asked if I could draw frogs. Funnily enough, owing to an incident in my teenage years (involving a friend with a boyfriend called Frog and the signing of end-of-school shirts), I could. This cute cupcake cake was the result. 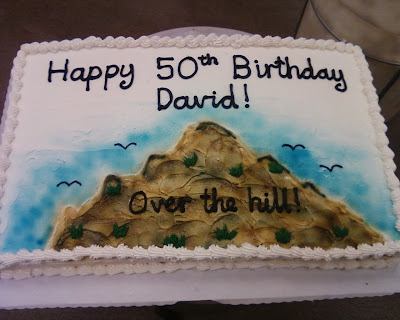 This is what his family wanted. I'm not sure what David thought of the idea. However, my newly-acquired airbrushing skills were put to good use. 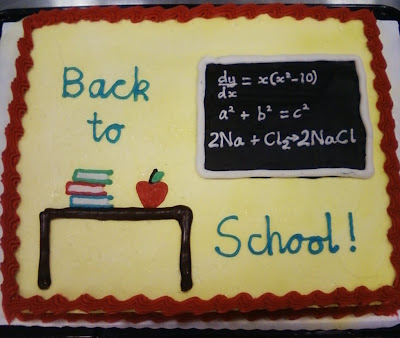 See, I haven't forgotten all my chemistry! 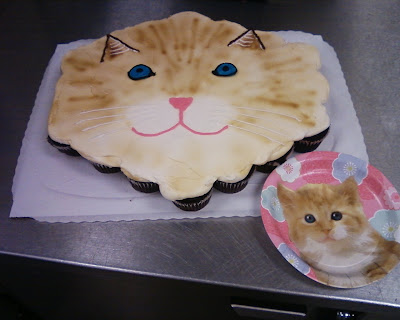 Not quite there, but it's quite difficult to make an irregular hexagon into a kitten. You will notice that this is another cupcake cake - a species unknown in the UK but formed by arranging cupcakes on a board and then icing over the whole lot. They are supposed to be easier to eat, or something, but I've never seen one actually taken apart. Frankly it looks messy to me. 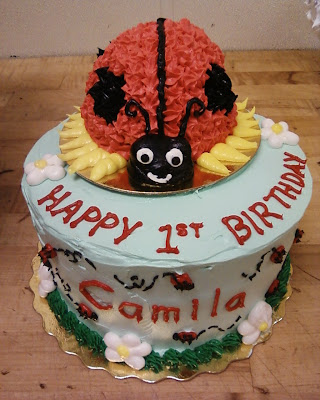 And the best for last - I was very pleased with my little ladybird. He came out just as he was supposed to. The hardest part was writing straight on a vertical curved surface. I had to scrape that name off about three times before it came out right.
Posted by Martha at 13:58 2 comments:

Email ThisBlogThis!Share to TwitterShare to FacebookShare to Pinterest
Labels: Cake

Making the most of both our Texas State Parks pass and a sunny Saturday, we ventured out to tick Cleburne State Park off our list. It's relatively local - less than an hour away - and we had often driven by on the main highway, but not yet turned off for a visit. The park is not a particularly large one. We walked almost all the way around the edge in just a couple of hours, with disappointingly few views of the central reservoir, but plenty of rugged ups and downs and a few pretty streams to cross. And - excitingly - a scattering of shell and ammonite fossils. It's pretty awesome to think that the rock your trainer soles are now scuffing was once mud way down on the sea bed - and to kneel down and stroke the ridges that immortalise one of the creatures that lived and died there, millions of years ago. 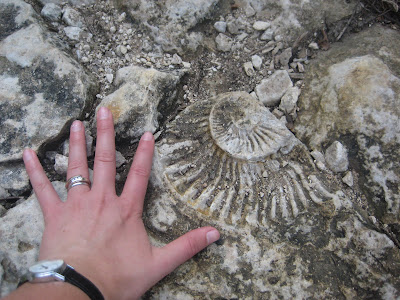 Quite a big beastie. 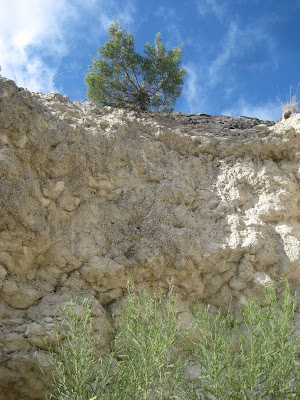 Rock by the lake outflow. 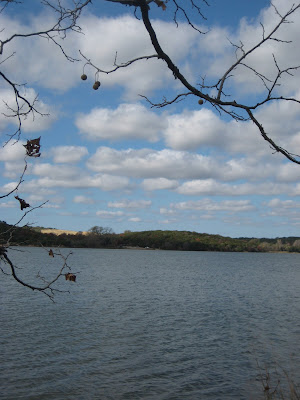 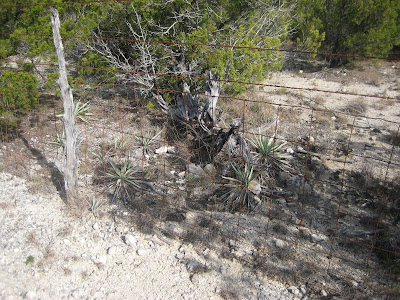 A bit of Texas countryside. 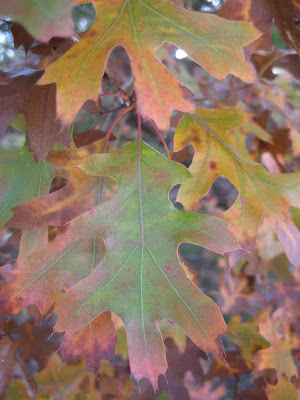 Autumn leaves.
Posted by Martha at 11:49 No comments: