September 15, 2018
Are you a compostable consumer? 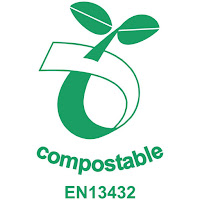 We're all pretty well biodegradable when it comes down to it, of course.  In 500 years' time there won't be much left of our bodies.  But the archeologists of 2518 will have plenty to go on to reconstruct our habits - from life's first disposable nappy and squeaky toy, to final toothbrush and mobile phone, plastic commands our destiny.

Plastic-free has suddenly become mainstream.  My friendly catering catalogue offers an eco-friendly range to cater for "the more socially-conscious modern-day consumer" (the what??) and we are all being urged to refuse straws and rethink our packaging.


Just a few years ago, most of us would look at a bulging bag full of dirty plastic plates and cups after a party, and think, "What a waste."  Then we'd throw it in the bin and go, "Oh well, can't be helped."  We knew it wasn't great, but we believed there wasn't really anything we could do about it.  At least, not easily.  Or cheaply.  And most people, most of the time, do the easiest thing.  Or the cheapest.

But some people believed that there was something you could do, and that it was more important than settling for the easy and cheap option.  So they kept doing the more difficult and more expensive thing, and persuading others to do the same, until suddenly, it's easy to buy compostable cups, and it's cheaper to take your reusable cup to the coffee shop.  Some people's beliefs have influenced the way that we are all acting. 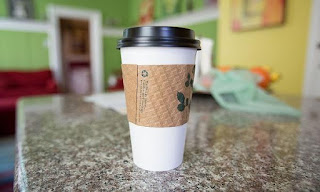 As Christians, we tend to think a lot about how what we believe changes the way we act.  But I was sceptical that I needed any specific Christian beliefs about caring for the environment.  Surely it was something that, as humans, we all needed to do something about?  I certainly didn't need a theology of God the Creator to turn the light off or recycle a tin can!

Thinking about it a bit more, though, I realised that we all have a lot of beliefs that we've picked up without examining them very carefully.  Like plastic cups, they become part of our lives without our noticing.  And like plastic cups, they can have a large effect on the world around us. 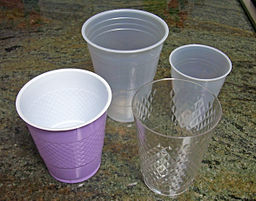 I realised, too, that I can't entirely divorce my Christian beliefs from my cultural beliefs.  I am no more likely now to read the Bible and conclude that I should trash the world as fast as possible, than I am to read the Bible and decide that slavery is actually a good thing.  That plastic cup was thrown away a long time ago.

Still, at a time when we are being urged to change our actions in so many different ways, it's always worth having another look at the beliefs behind them.  Why do I think that?  Did I know I thought that?  And what am I basing it on, anyway?

So I'm leading a study about Christianity and the environment, over the next few weeks at my ladies' group, using this resource from Operation Noah.  I'm planning to cover some of the same topics here on the blog, so please read along and decide whether you think Christians should be compostable, too.

Introduction: Compostable Christians
Study 1: The Importance of Creation
Study 2: Groaning Inwardly
Study 3: Do Not Fear!
Study 4: Live in the Light