Ah, good.  Can you all hear me now?  It's been so long that I've almost forgotten how this works.

Right then, the boys are back at school and it's on with the blog!  Here are a few highlights of what we got up to while they weren't at school.

The weekend before the holidays, we headed to the Peak District to climb Mam Tor.  This takes about ten minutes from the car park, so it's not as strenuous as it sounds.  There are beautiful views from both sides of the ridge.  Just make sure you don't overbalance into a gorse bush like I did (ouch!) 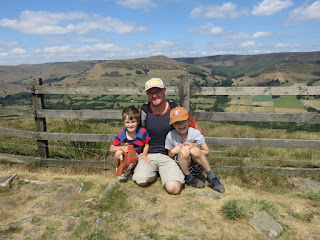 Our National Trust membership got put to use again, as we returned to our local favourites.  The boys explored the maze at Calke Abbey and played giant Connect 4 on the lawn at Sudbury Hall. 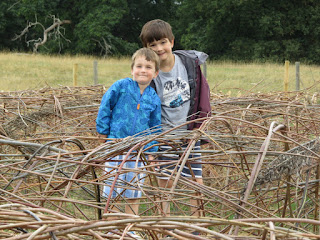 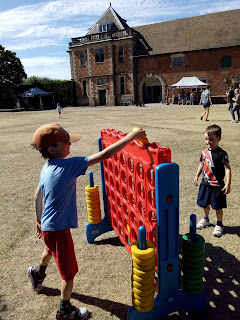 We also visited somewhere new: Bradgate Park, near Leicester.  We were most impressed - it's a beautiful spot, with deer roaming free, a photogenic ruined house, and plenty of rocks to climb on. 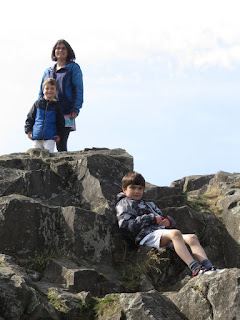 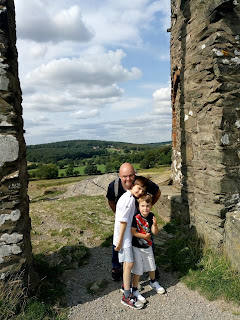 And in our own back yard, the vegetable garden has been loving all the sun - we've eaten more tomatoes than you want to know about - and we camped out for a night.  Gotta love a campfire! 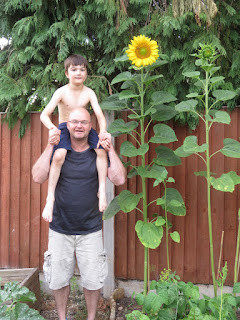 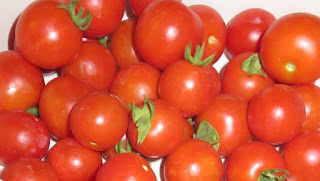 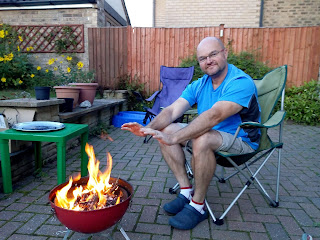 Aeroplanes at the Aeropark by East Midlands Airport 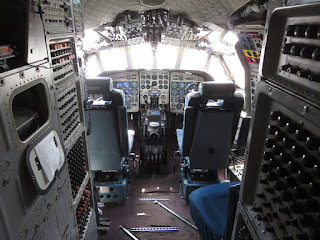 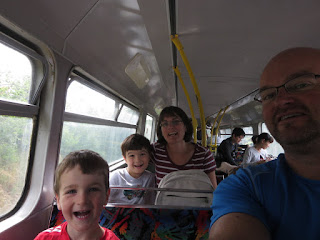 Cars at Cars in the Park in Lichfield 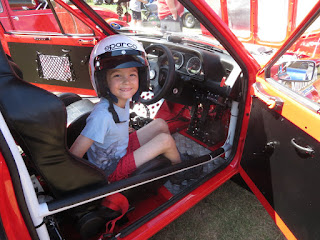 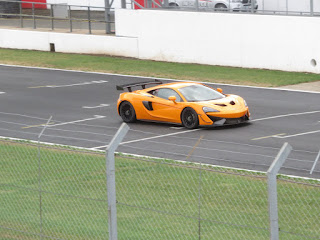 Toby played in his first piano recital, held in his piano teacher's back garden.  He was very confident and did a great job! 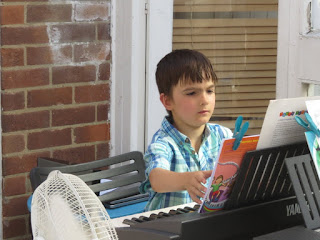 Theo suddenly decided he wanted to take the stabilizers off his bike.  I spent 10 minutes hanging on to the back of his saddle while he got his balance, and then, suddenly, he was off! 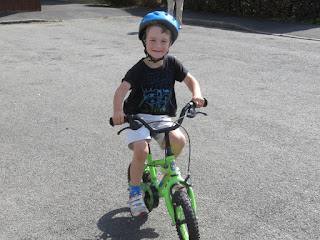 We took the boys to the cinema for the first time.  Derby QUAD, our local independent cinema, offers extremely good value family tickets, so we went there to see Hotel Transylvania 3.  Vampires, werewolves, and strange jelly monsters on a cruise ship - what more could you want in a movie? 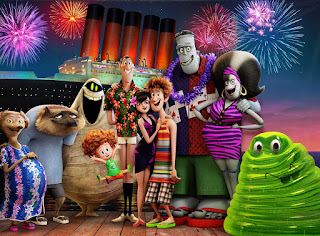 It's been a very sociable summer!  We enjoyed a visit from my grandparents, who flew over from America for a week, quite unexpectedly.  Grandma (always a 1st-grade-teacher!) had the boys counting chocolates, and Grandpa taught Toby a poem (A flea and a fly in a flue...).  They all had a great time together.  Various other family members dropped in while they were here, too, so we had a houseful for two days.

We also caught up with friends from Bristol and Sandhurst, visited Graham's sister in Yorkshire, and spent time with parents and local friends too. 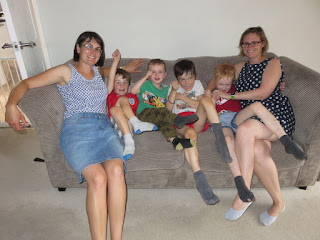 Graham and I celebrated our 10th wedding anniversary with a couple of nights away in Lyme Regis.  My parents looked after the boys, and Graham had arranged everything, with a beautiful B&B, an enormous bunch of flowers, and even some perfect weather to top it all off!  It was such a treat to eat out, go for a long coast walk, and simply wander around without a care in the world (for two days). 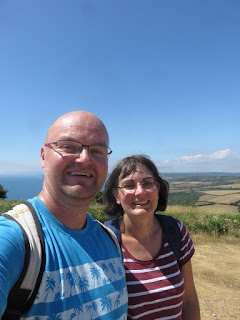 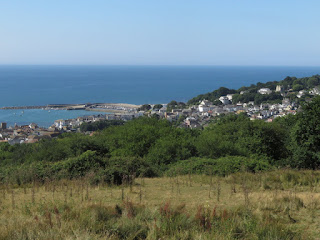 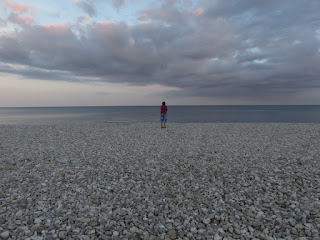 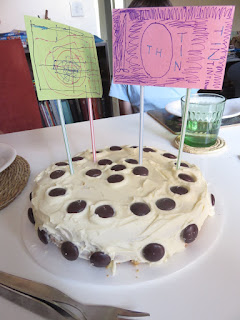 And when we got back, our cares in the world had made us a very nice anniversary cake!