November 04, 2014
The big event was Toby's birthday, which somehow took over most of the month!  Graham's parents visited the weekend before it, when we had his party; then he opened presents on the actual day; then my parents visited the week after, which involved more cake and gifts.  We saw fire eating and live music at the local marina; survived all of us having colds at once; started attending a baby group in the village with Theo; painted a fence and made a Christmas cake.


- finally plucked up courage to try the big swings, and discovered he's really quite good at them.

-suddenly decided he would have a shower instead of a bath, which he has never done before.

...and playing on the playground in his lifejacket afterwards.

- drew a bus and said it needed to say London on it.  So I described the letters and he wrote them. 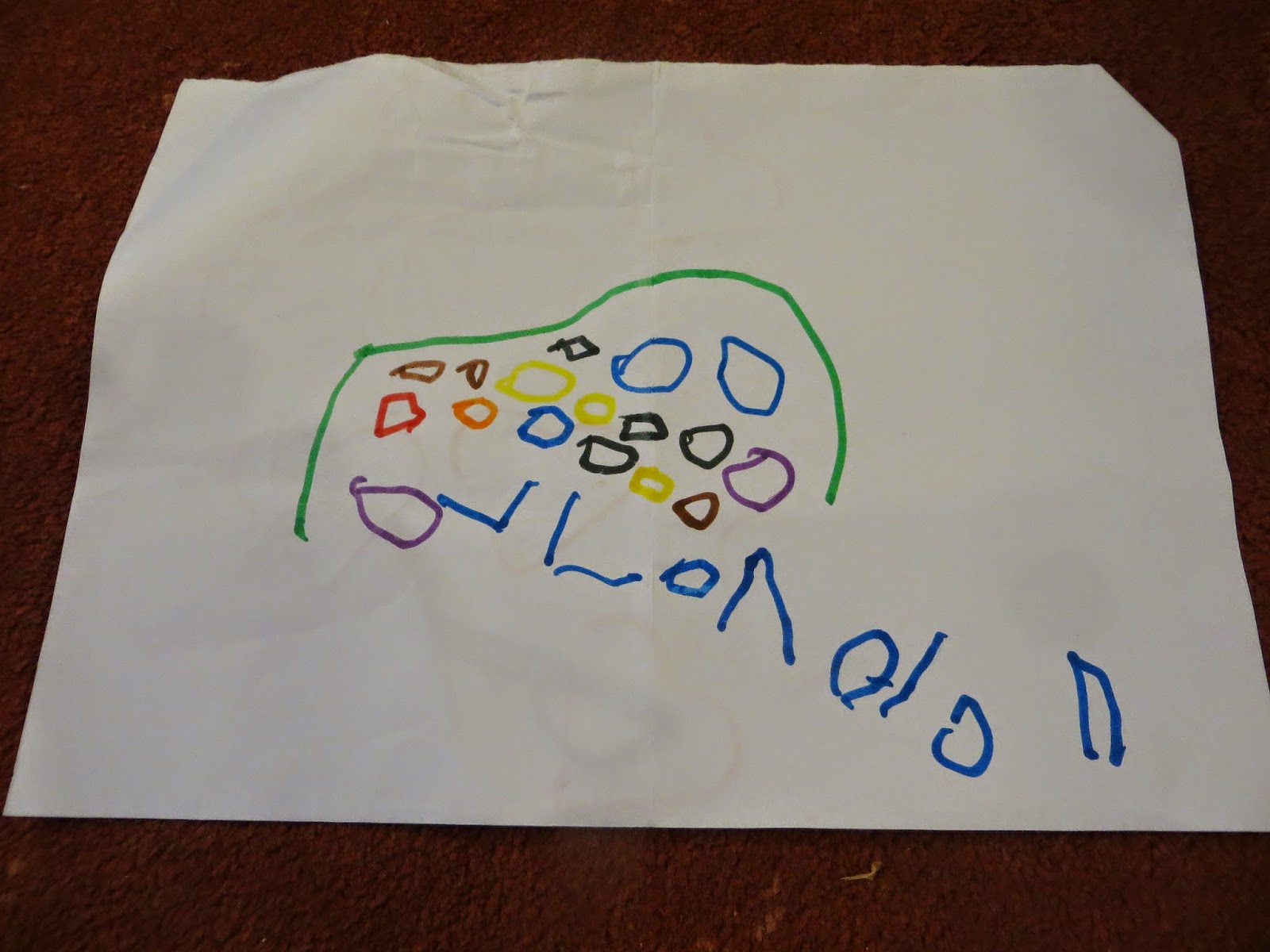 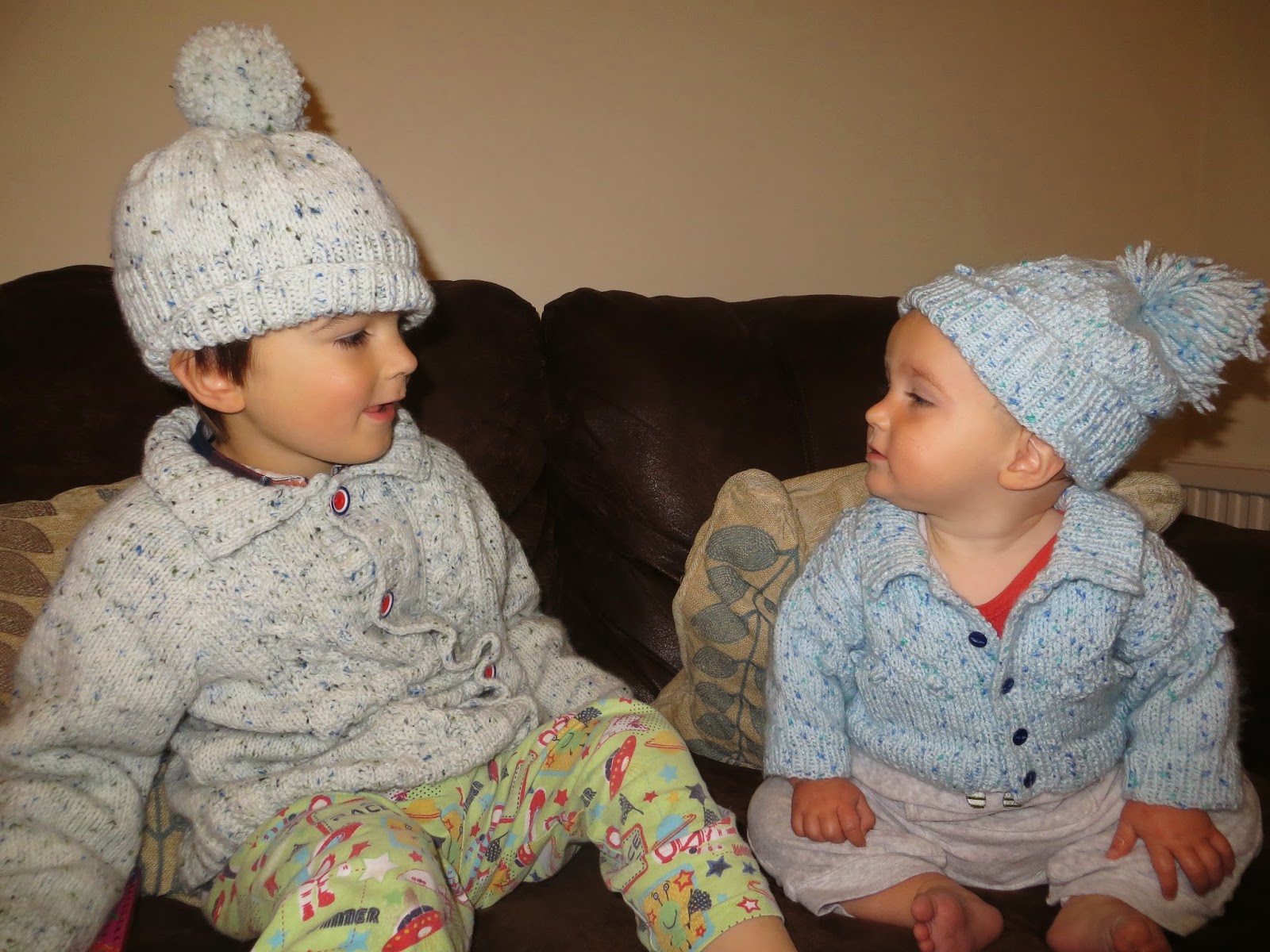 Quotes:
"Those people are talking tripe!" - about some actors performing Shakespeare

"I'm looking forward to Christmas." - as soon as his birthday was over.


- is still a smiley chap who now sits up extremely well

- says "mum-mum-mum" very plaintively when he wants something


- sees absolutely no point in trying to roll over

- but will happily pull himself up if you give him a hand, and is just able to stand up while holding onto a sofa or bed for balance. 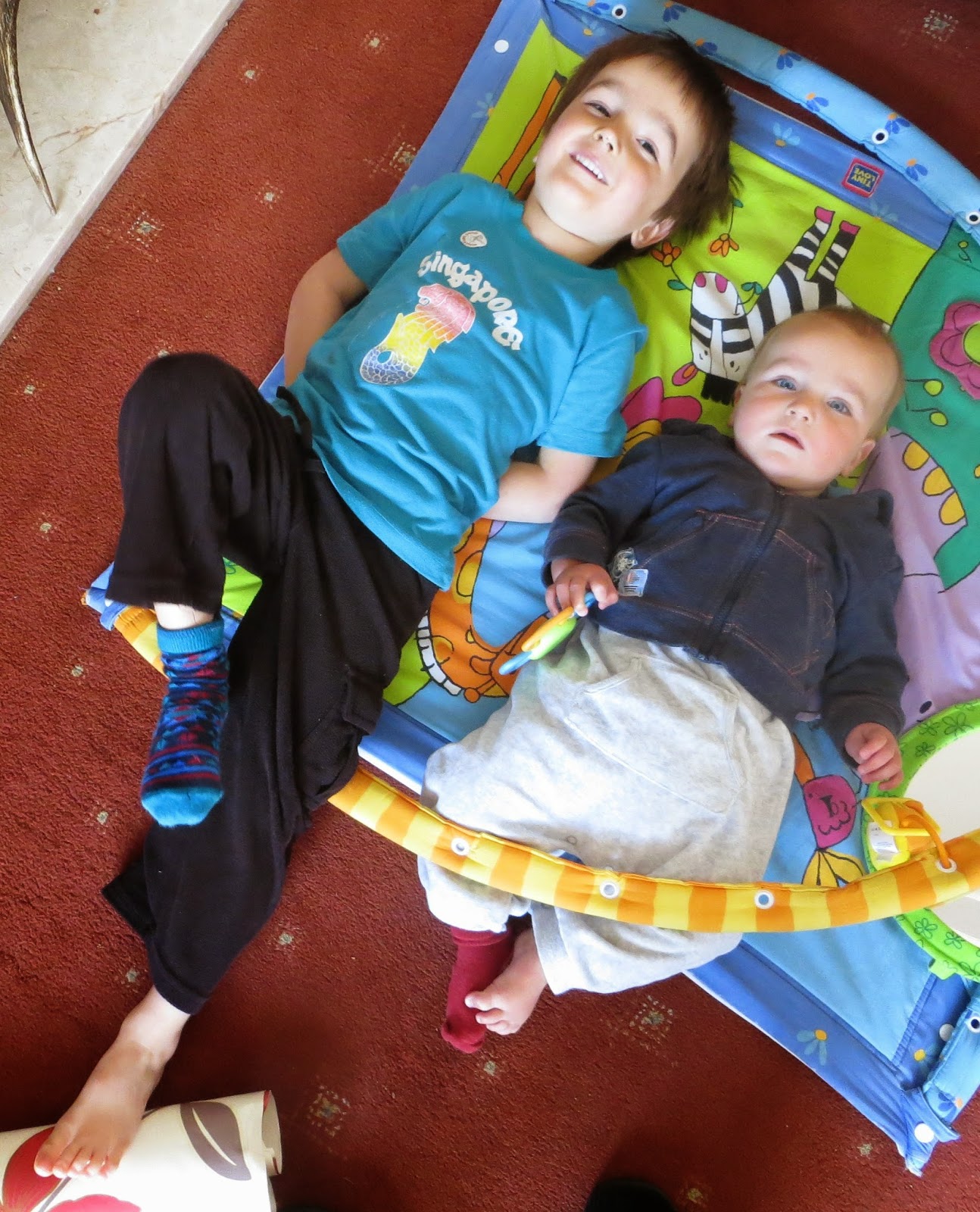 Both boys keep taking their socks off, so there are constantly small socks lying around.  Here they're both trying the "one on, one off" look.

- a visit to Hardwick Hall, which I've been wanting to see for a while

Recipe of the Month: Potato Bake


When I was trying to use up potatoes, I often made one of those dishes where you slice them thinly and layer them up to bake.  The layering stage seemed like a hassle, though, so recently I had an epiphany: why not just dice them and stir everything together? 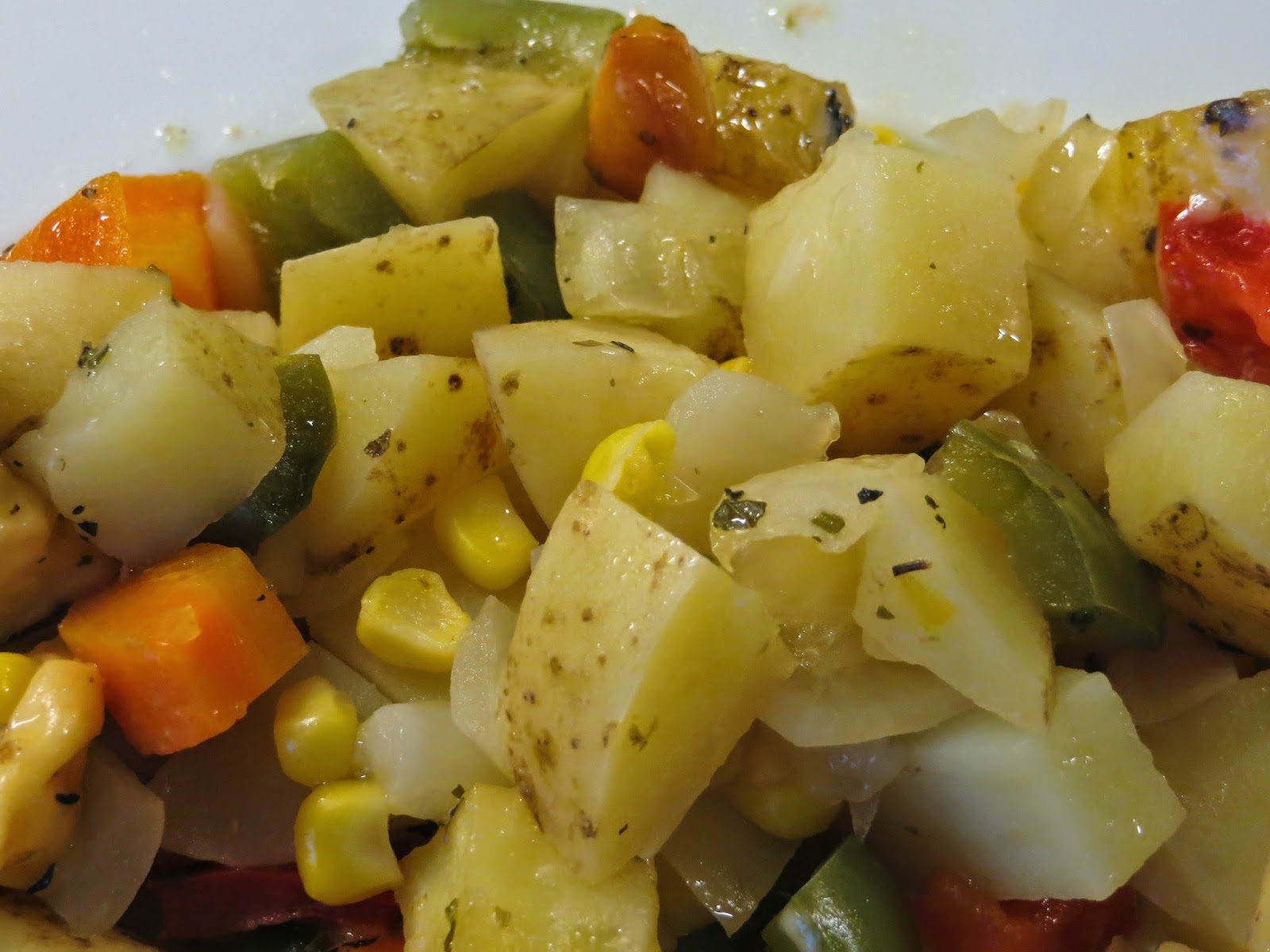 Stir all the diced ingredients and sweetcorn together in a large casserole dish.  Season with herbs and pepper (I found it didn't need salt).  Pour over the stock.

Cover and bake at 150°C for 2 hours (or a higher temperature if you want it quicker).  Uncover and grate Parmesan or Cheddar over.  Bake for a few more minutes to melt cheese.  Serves 2.