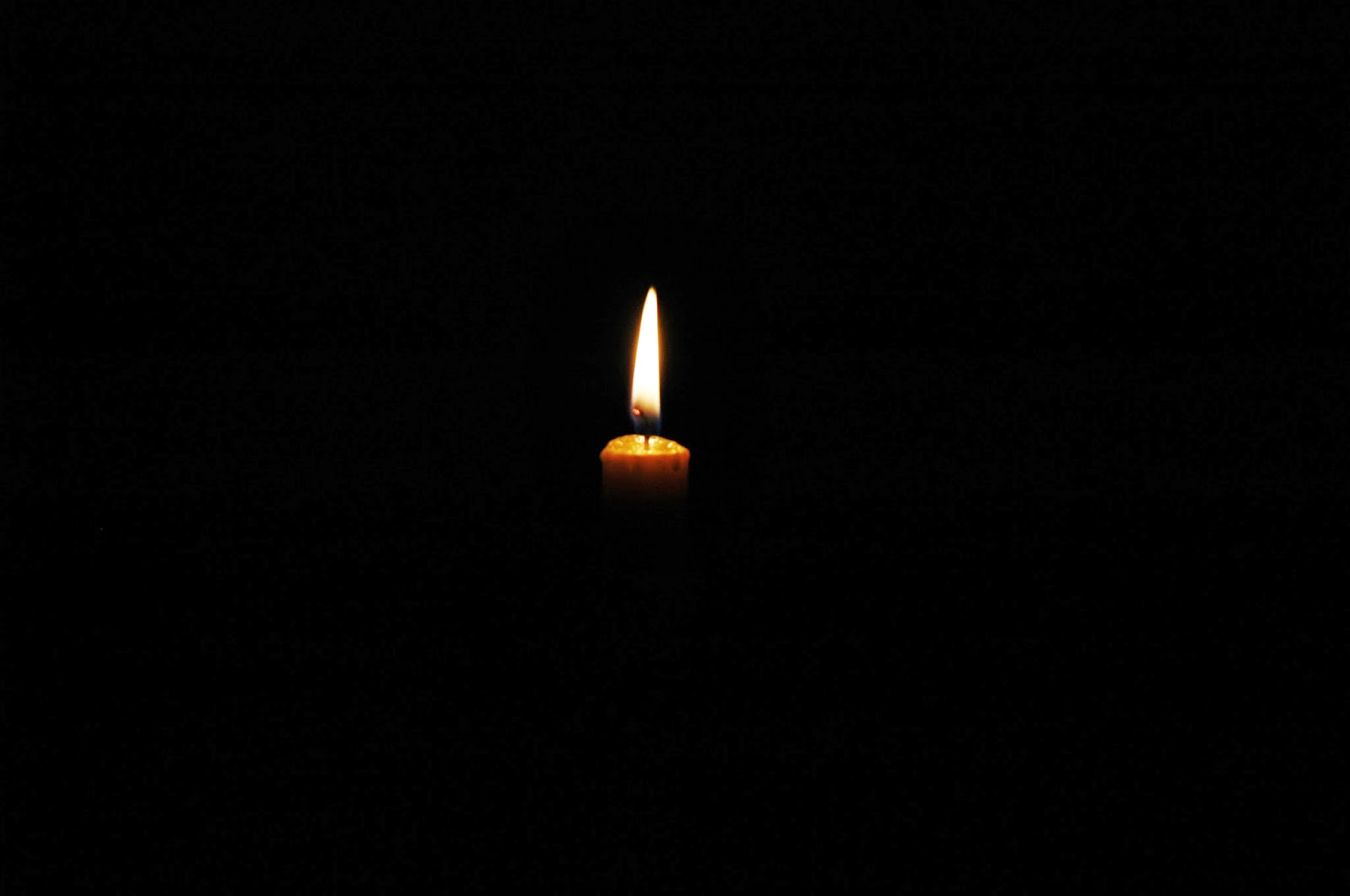 One small light, shining in the darkness.
One small baby, born to one anonymous couple.
One light becomes two.  The darkness fades a little more.
The angels sing.  The shepherds come.
Two lights become four.  The brightness reaches a little further.
In the East, the wise men see a star.
Four lights become eight.  The intensity begins to grow.
The baby becomes a boy.  The boy increases in wisdom.
Eight lights become sixteen.
Now the boy is a man, and hundreds hang on his words.
Sixteen lights become thirty-two.
The light has come to the attention of the authorities, and the man hangs on a cross.
Thirty-two lights become sixty-four.
The city is rocked by news of a miracle - a man raised from the dead.
Sixty-four lights become one hundred and twenty-eight.
The news spreads.  People are changed.
One hundred and twenty-eight becomes two hundred and fifty-six.
Two hundred and fifty-six becomes... becomes... becomes...

How many lights can you imagine?

Arise, shine, for your light has come,
and the glory of the Lord has risen upon you.
For behold, darkness shall cover the earth,
and thick darkness the peoples;
but the Lord will arise upon you,
and his glory will be seen upon you.
And nations shall come to your light,
and kings to the brightness of your rising.
Isaiah 60:1-3