February 22, 2016
A travel post!  I haven't got to do one of those in a while.  But we weren't sure we'd make it through the half term holiday week without going somewhere, and Toby was making noises about staying in a hotel again (I know.  He's five.  I don't think I knew what a hotel was when I was five), so we went, what the heck, and found ourselves a nice cheap deal in Lincoln for a night.

Lincoln is only about an hour and a quarter from here, and once you've bypassed Nottingham, you're into a slightly surreal world of fields of vegetables interspersed with air force bases.  We drove to Tattershall Castle before heading into the city, and ate lunch with tractors driving by on one side of us, and Eurofighters taking off on the other.  All the male members of the family thought this was fantastic! 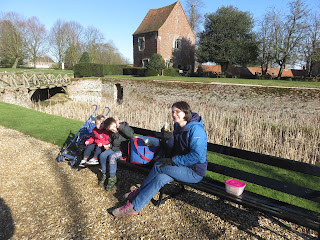 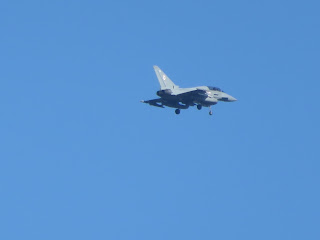 Tattershall Castle is a mediaeval brick tower, restored and donated to the National Trust by Lord Curzon of Kedleston - bit of a Derby connection there!  It looks very trim today, if somewhat bare, so it was hard to imagine that it had once had cows living in it, and weeds growing from the walls.  Sadly the enormous fireplaces weren't in working order; the temperature wasn't much above freezing, despite the sun, and I'd kind of had an idea that going in a building would get us warmer.  Climbing the 149 steps of the spiral staircase helped a bit, though, and the roof was amazing!  The main level was surrounded by windows with wooden shutters, with views in all directions, and below each window were machicolations (there's a good word for you!) which are basically holes enabling you to drop rocks and boiling oil on your attackers.  Then there was a higher level walkway around the whole roof, to parade around and fire bows and arrows through the crenellations (another good word).  Or to chase Theo around in mortal fear that he would somehow manage to throw himself over a large drop. 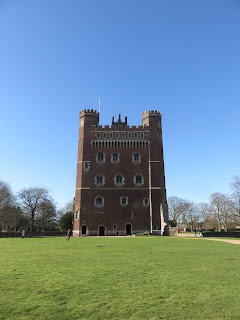 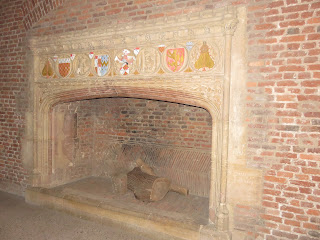 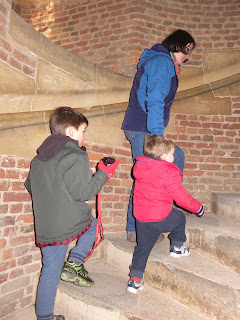 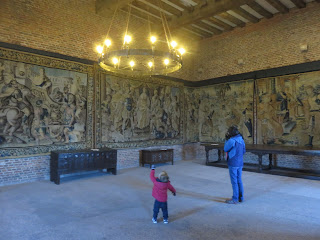 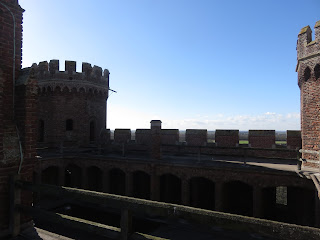 Anyway, we haven't even got to Lincoln yet!  But we did, checked into our hotel and arrived at the cathedral just as the last of the setting sun turned the stonework golden.  Beautiful. 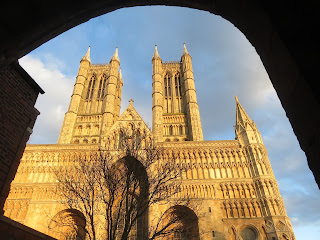 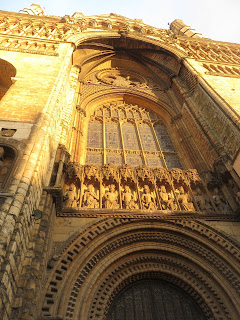 We skidded our way down the aptly named Steep Street, looking for a place to eat, and paused outside a little place called Ribs 'n' Bibs.  It advertised meat smoked in two genuine American smokers, and even better, had a sign in the window saying, "Kids Eat Free".  We were not disappointed.  The drinks menu included margaritas and Samuel Adams beer, and the food was very meaty, very generous, and very delicious.  We were tempted to move to Lincoln then and there. 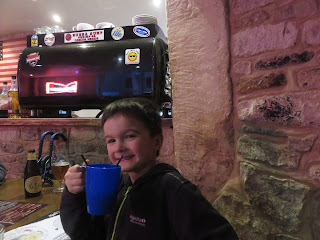 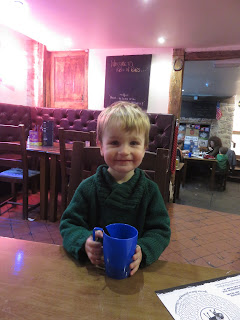 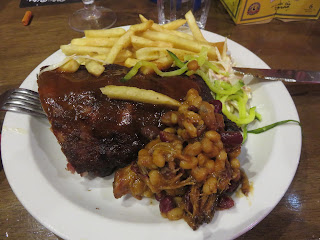 The less said about getting two excited boys to sleep in one hotel room, the better.  Against all odds, it did eventually happen.  Next morning they enjoyed eating breakfast at the window, with plenty of buses, garbage trucks and other exciting vehicles going about their business on the street below. 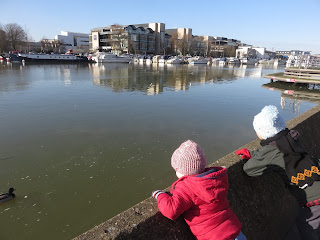 We wandered down to Brayford Pool for a look - the usual city centre waterfront surrounded by chain restaurants and hotels - then back up the hill for lunch in the castle grounds, and a tour of the cathedral.  Toby was impressed by the 'Treasure Room' with its collection of ancient silver.  I liked the huge central pillar of the Chapter House, broad as a spreading tree.  As we walked back along the nave, the moving sun cast patterns on the floor through the brightly coloured glass, and the clock chimed overhead.  Time was passing by, and our short visit was nearly at an end. 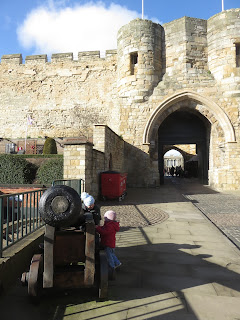 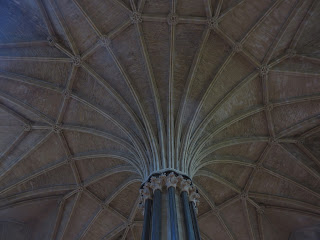 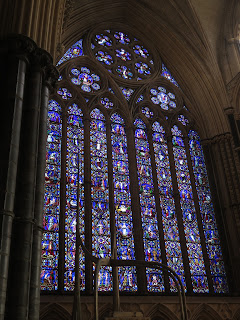 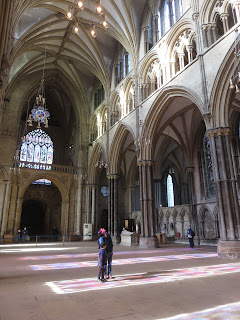 We resolved to come back soon - after all, Lincoln's not that far away.  And meanwhile, there's always time for fudge! 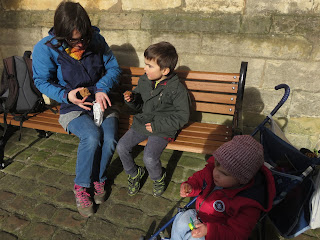