- likes telling jokes, although they are mostly complete non sequiturs.  And I can't quite tell if he gets the punch line, when I tell him one back!

- announces what he is planning to dream about every night.

- reads every sign we walk past.  We are trying to persuade him that "Caution" is not pronounced "Cuttin".

- achieved some toilet goals he's been resisting for ages with the help of a star chart.  If I'd known it would only take five stickers and a piece of chocolate, I would have done it months ago!

Graham: "What are you thinking about?"

Toby: "I'm thinking dot dot dot.  That's when you're not really thinking about anything."

He fell over and was howling: "Oh!  Oh!  Mummy!"  Then he paused: "Why aren't any tears coming out of my eyes?"  Because that's complete fake crying, little one!

Toby: "I'm sitting here like a lemon."
Me: "Why are you like a lemon?"
Toby: "Because I'm all shivery."
Well, they do live in the fridge, I suppose.

- loves sitting by the front door waving at people.

- is a complete toilet fanatic.  He makes a beeline for the bathroom every time you put him down upstairs!  The lid is staying closed rather a lot, now.

- has unfortunately now realised that he doesn't have to lie still when you put him on his changing mat, but can flip over and make a break for it.  To be fair, it did take him a long time, so I'm not complaining (much)!


- got spots, although not any of the usual diseases involving spots.  The doctor took one look and said, "Antibiotics" - and sure enough, they worked.

- occasionally stands up without holding onto anything, but usually when he's concentrating on something else, so we're not quite sure he realises he can do it!


- a brief visit from my brother, whom I don't get to see very often.


- getting to go to a very interesting and informative conference about refugees and asylum seekers.

- a Bollywood film night with friends.  My first Bollywood experience, so I was glad I was watching with people who could fill in some of the references!

- a fun and successful Easter party at the playgroup I help at.  I had recklessly agreed to make chocolate nests, which, amazingly, didn't result in chocolate over a five-metre radius.

Recipe of the Month - Parsnip, Apple and Coconut Soup 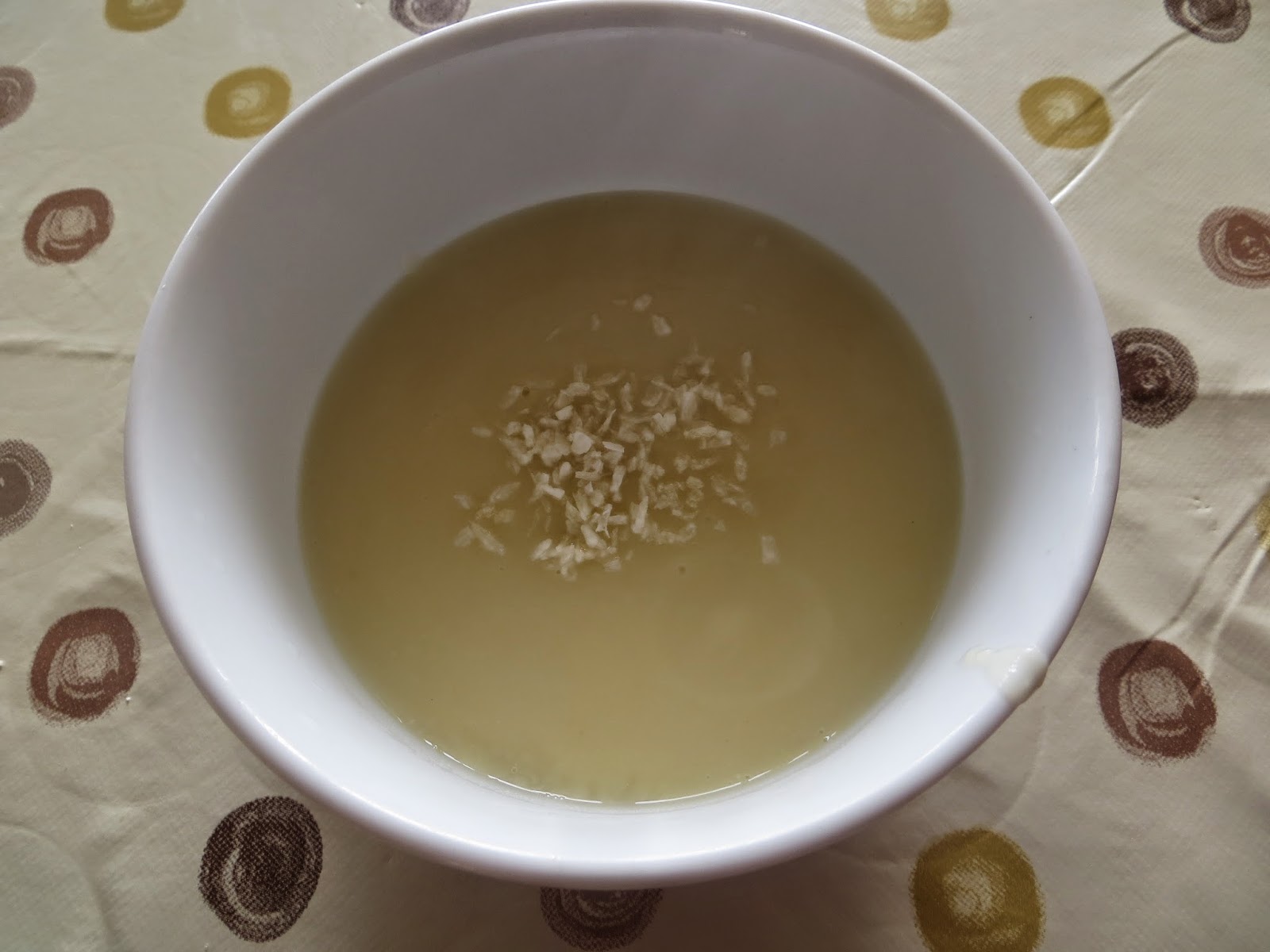 I'm sitting here writing this in a sleeveless top, with the patio door wide open to let the sweet springtime air in.  However, most of March was still definitely soup weather.  The coconut milk adds a nice flavour and a velvety creaminess.

Peel and chop the parsnips.  Peel, core and chop the apple.  Put in a large pan and add just enough stock to cover.  Bring to the boil and simmer for about 20 minutes, until the parsnips are soft.
Puree in a blender, adding the coconut milk and seasoning.  Sprinkle a little desiccated coconut over each bowl of soup.