April 23, 2015
I once mortally offended a girl in my chemistry class at university.

It was Freshers Week.  We had been standing next to each other in the queue to register for our classes, and exchanged a reasonable amount of conversation.  It was a long line; we had time for more than the first three questions that everyone asks during that first week. (What's your name; where are you from; what are you studying.  In case you were wondering.)

Later that day, I was in the bar at my halls of residence when I noticed a girl waving.  Not recognising her, I assumed she was looking at someone behind me.  Finally she confronted me and said, "I was talking to you just this afternoon!" 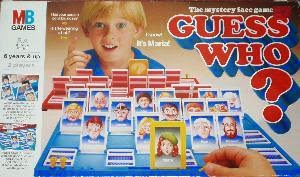 I have since realised that those are classic conditions for my facial recognition difficulties to kick in.  Give me (a) a situation where I am meeting lots of new people, let me (b) meet you only one time, even if we are chatting for ten minutes or so, and then (c) turn up in a different or unexpected context, and it's quite possible I will not remember your face at all.

It's the kind of problem where you end up second-guessing yourself a lot.  Is it just laziness?  Am I so uninterested in other people that they make no impression?  Do I conduct entire conversations without actually looking at the other person?

Gradually I've come to see that it's a little more than this.  When I worked at a cafe and knew I would have to find a particular customer in the crowd, I would make deliberate mental notes: short blonde hair, pink cardigan.  And still, often, hope that she would spot me looking for her.  Then I got married and had a husband to pick up on me.  We've had several occasions where someone has approached us, we've chatted for a few minutes, and when they've left, Graham has turned to me and said, "You didn't know who that was, did you?"  And I've had to admit that no, I didn't.  Sometimes I didn't even know that I should have known them.  Of course, it doesn't help that we have twice moved to places where I knew no one, thus providing me with situation (a) in bucketloads.

It's certainly not full-blown face blindness.  This goes by the resounding name of prosopagnosia and means that people may not be able to recognise even family or close friends, which must be incredibly hard to cope with.  Usually two or three encounters is enough to fix a face in my mind, although I can still be momentarily thrown if a casual acquaintance wears a hat or changes their hairstyle.  And a polite smile and a bit of light conversation goes a long way; people prefer to be puzzled by an unusually friendly stranger than to meet a blank gaze from someone they thought they knew.

This is probably the point at which you're starting to think, "How will I ever know if she remembers who I am?"  Well, you can always wear a name badge!  And actually, if you know me well enough to ask the question, I'm sure I will know who you are.  But this is the kind of problem that far more people struggle with than ever talk about, so you may be thinking, "I thought I was the only one who did that!"  So now you can smile politely at me as we try to work out where we know each other from.  And I'll know there's at least one other person in the world whom I won't mortally offend.