April 30, 2015
We've had some beautiful weather this month, so have spent lots of time out in the garden, or out and about.  Graham took voluntary redundancy from his job at the end of March, so the boys have enjoyed having their dad around to play with them while he works out what to do next!


- has had two visits to "big school" and appears to have enjoyed every minute of them.  He and his fellow preschoolers are going most Friday afternoons this term, so they should be very familiar with the primary school by September.


- is becoming a bit more adventurous about climbing things.  He recruited Dad to come up this steep slope with him.

- prefers drawing to colouring in 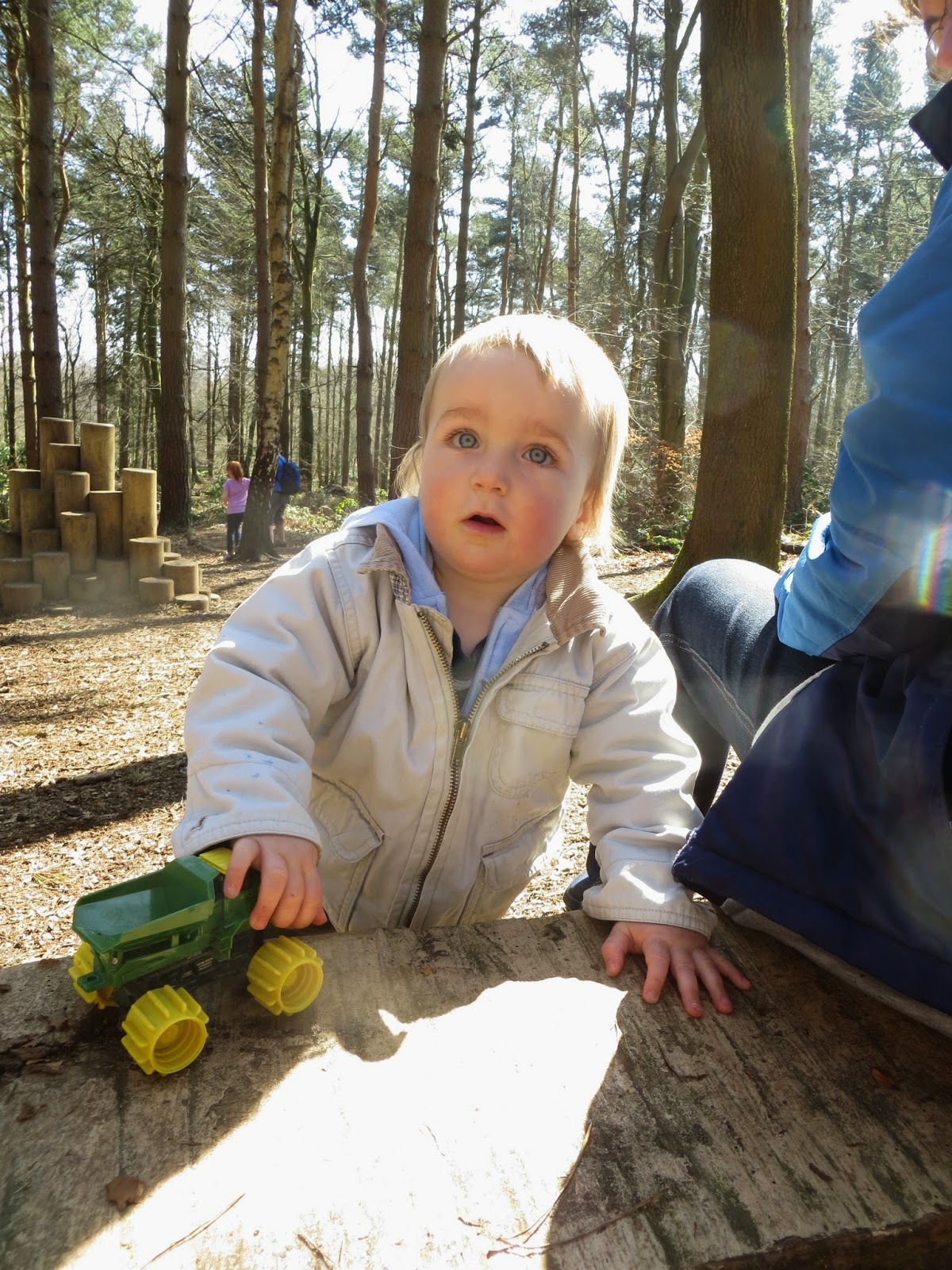 - is into everything.  Seriously.  Anywhere you don't want a curious baby is exactly where his little face will pop up.

- has the best laugh.  Sometimes he will just sit there cackling to himself at some private joke.

- enjoys being outside, and will sometimes crawl off on his own journey of exploration (closely followed of course!) 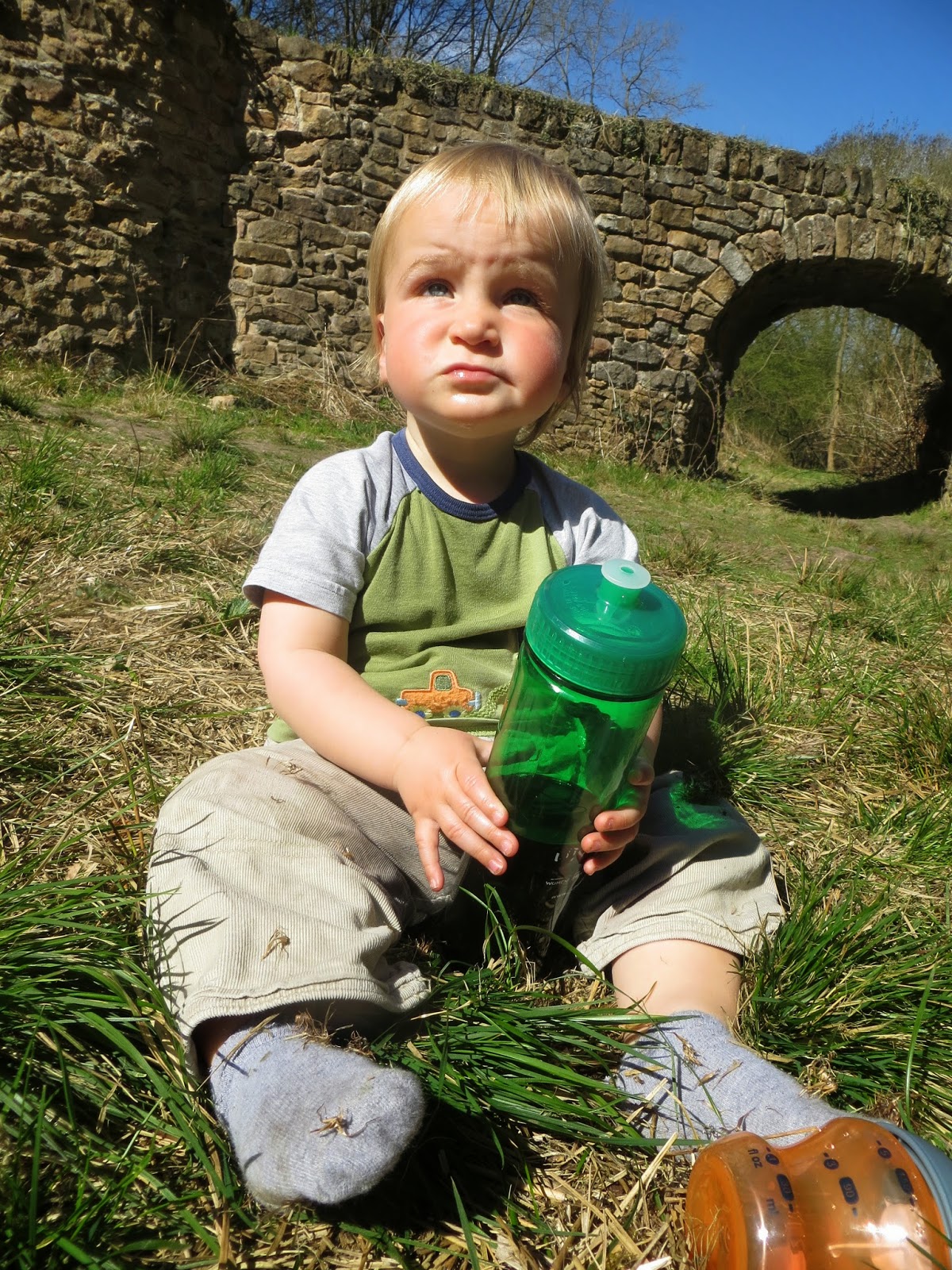 - had his first haircut!  He was very good. 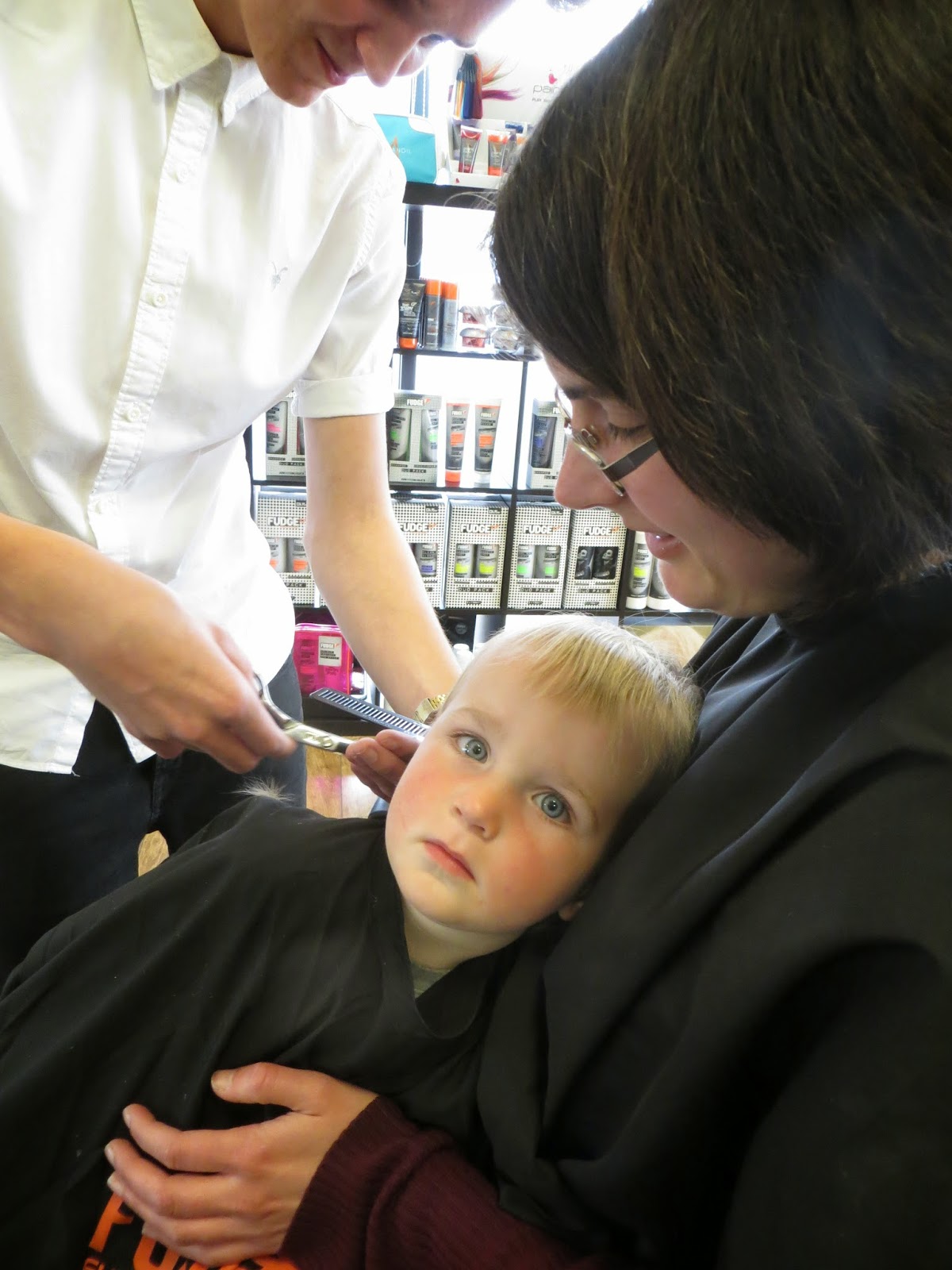 
- a great ladies' weekend away with some old school friends (and one new friend).

- some friends who gave us their trampoline!  It isn't up yet, but Toby will really enjoy it when it is. 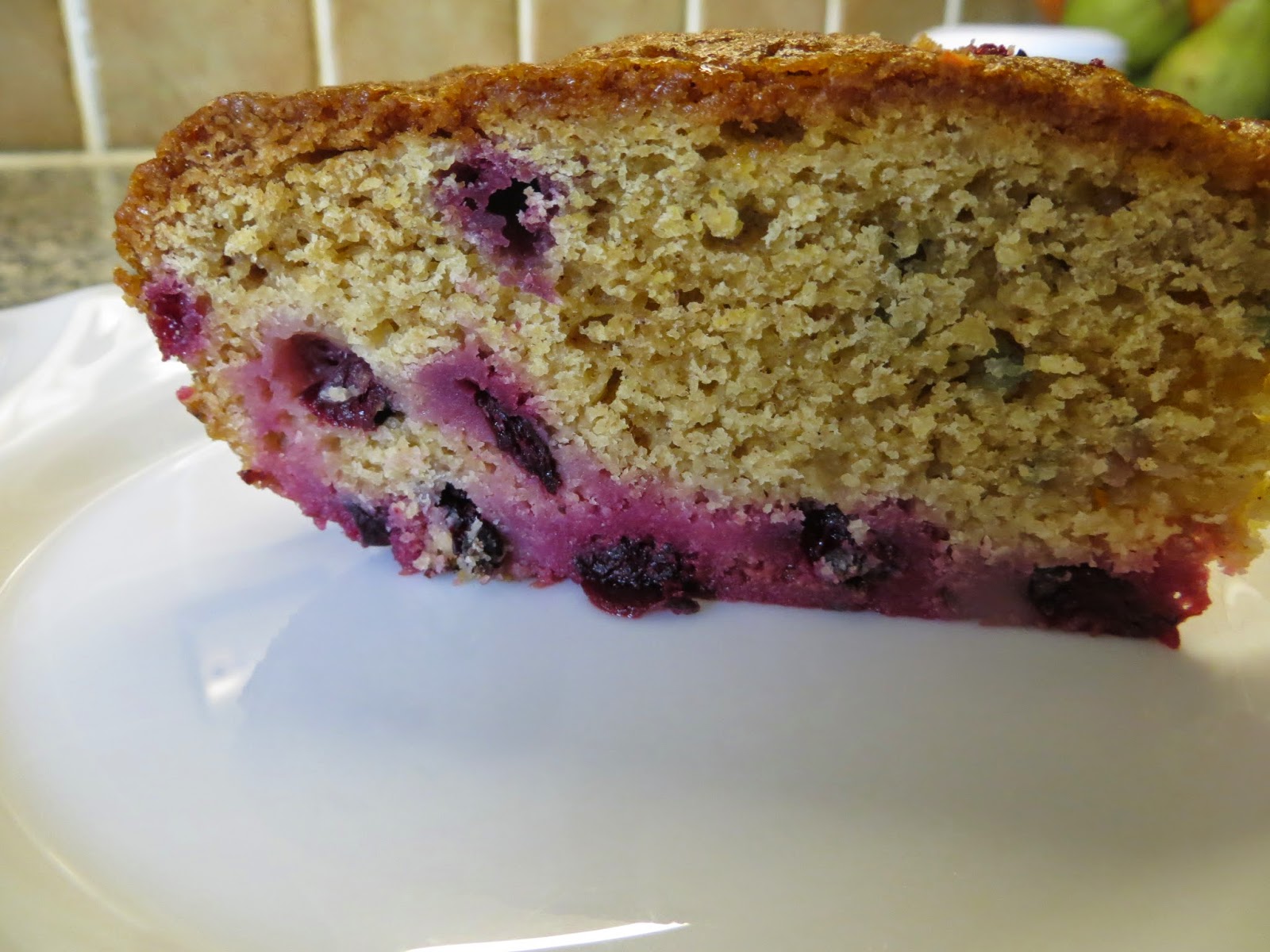 This is one of the most delicious cakes I have made in a long time.  I baked it when Graham and Toby were out for the day, and Theo and I had to restrain ourselves from eating the entire thing before they got back!  It's a blatant rip-off of Nigella Lawson's rhubarb cornmeal cake, and rhubarb is actually more seasonal this time of year, but I had some of last year's blackcurrants in the freezer and thought they would work.  They did.  Brilliantly.

Well, the original recipe says to put the fruit in a bowl and cover with 100g of the sugar, but if you have frozen blackcurrants this achieves precisely nothing, so you probably might as well just mix in the sugar with the rest of it.  Anyway.

Stir together the flour, bicarb, cinnamon and cornmeal in a small bowl.  In a large bowl, beat together the butter and sugar.  Beat in the eggs and vanilla, then add the flour mixture alternately with the yoghurt, stirring just to mix.  Stir in the blackcurrants, with the sugar and juices if you took that step.

Spread in the tin and bake for about an hour until springy.  Let cool in the tin for a bit before trying to get it out.  Serve warm or cold, but don't eat the whole thing at once!