October 03, 2014
Once the summer vacation was over, the month was fairly evenly divided between back-to-preschool (yay!) and holiday-in-Italy (YAY!).  Both had a few ups and downs, but went well overall.  Italy was beautiful and peaceful and historical and colourful and flavourful, and you will be assaulted by many more photos of it in due course.

- struggled a little bit with saying goodbye when he started back at preschool, but is now happily settled in again (this morning he practically pushed me out of the door).


- said his favourite parts of the holiday were the boat trips on Lake Iseo, watching a crane lift boxes in the Roman arena in Verona, .and the pizza and ice cream!

- has been seriously over-using the word "no".

To Theo, when visiting a church in Italy:
"Don't make that noise, Theo, you'll scare God."

He was carefully perusing a church newsletter, and Graham asked him, jokingly: "Are you three or thirteen?"
Toby replied, with dignity: "I'm three.  And I'm reading my newspaper."

- finally moved out of his Moses basket, where he was starting to resemble an elephant squashed into a shoebox, into a regular cot.


- charmed the Italians like you wouldn't believe.  We got used to heads turning and cries of "Ah, bello!  Bellissimo!"

- quickly learned what ice cream was and made sure he got his fair share!

- a surprisingly unstressful build-up to our holiday, and smooth travelling.

- Graham ably holding the fort when I got laid low by a bug the weekend after we got back.

- the life of my Uncle Ben, who passed away on the last day of September.  I never knew him well, but his death will leave a hole in the family.

Recipe of the Month: Enchiladas 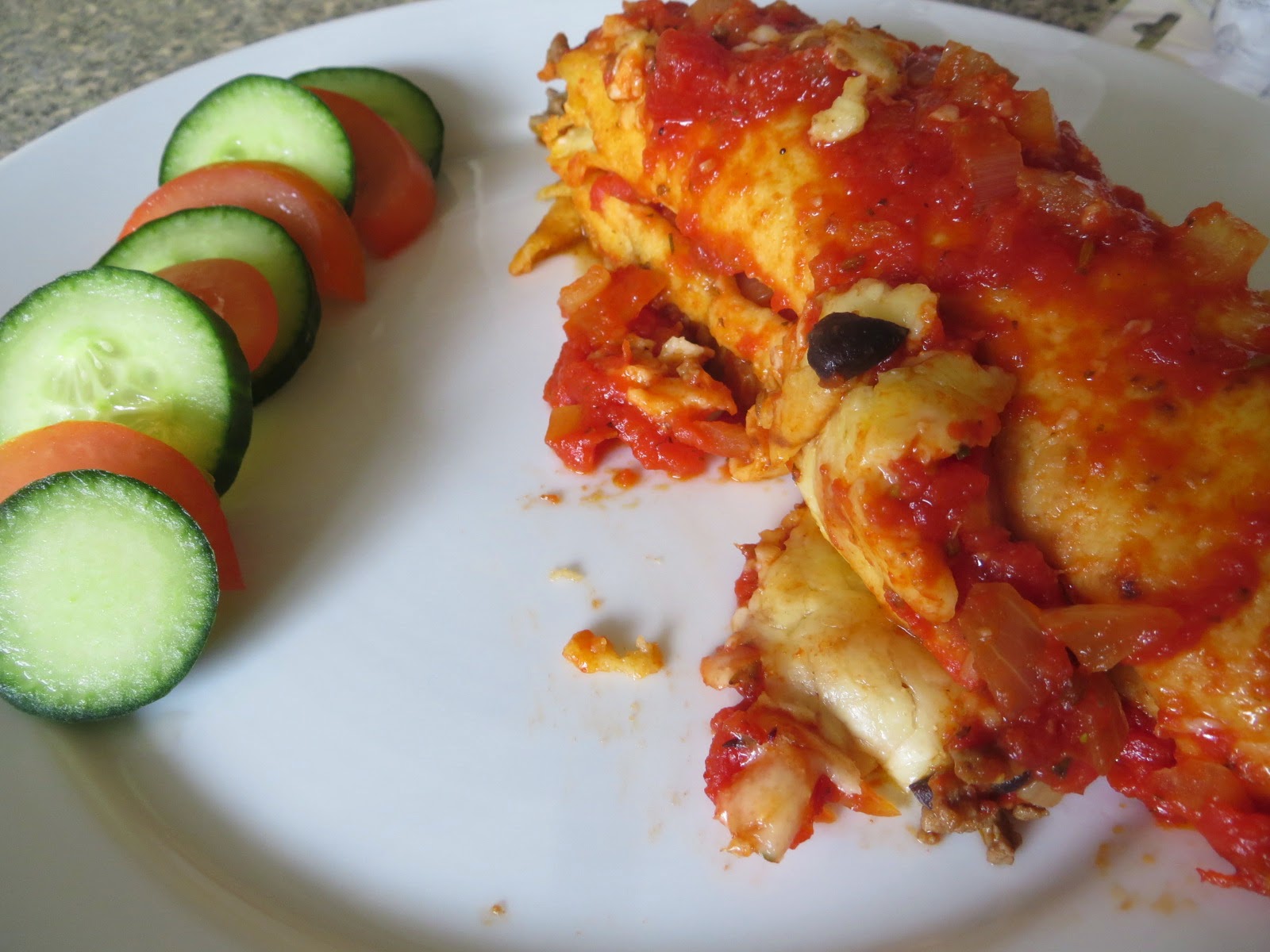 Having grown accustomed to Tex-Mex during our US stay, I occasionally have a stab at trying to recreate it.  Probably better to regard this as homage to Mexican cuisine rather than the real deal, but for a first attempt it didn't come out badly at all.  It's like lasagne in that all the different components make it an exhausting prospect to tackle all at once; far easier if you can pull at least one part out of the freezer.

Heat a little oil in a large frying pan.  Cook the onions for a few minutes, then add the peppers and beef and cook, stirring, until beef is browned.  Add the beans, seasoning mix and a splash of water and simmer for ten more minutes.  There should only be a small amount of liquid in the pan.

Place all ingredients in a pan and bring to a simmer.  Cook for 10-15 minutes.

Preheat oven to 350F / 180C.  Spread a couple of spoonfuls of enchilada sauce in the base of an 8" x 13" baking dish, or something that looks about the right size (I actually stacked my tortilla rolls in two layers with some extra sauce in between, which worked fine).

Put a line of meat filling along one side of a corn tortilla and roll up to make a tube.  Place in the dish.  Repeat until all the tortillas and filling are used.  Spoon the remaining tomato sauce over the tortillas, and sprinkle the cheese over the top.  Bake for about half an hour.  Serves four.