Weekend away for three

May 27, 2011
My feet were twice as heavy as usual, with a pound of mud stuck to each shoe, and my hair was plastered across my forehead in the warm humid air. I had splashes of dirt up to my knees and sweat was dripping off my nose. Graham paused a little further up the rocky path and turned to see how we were doing. In his carrier on my front, Toby gave a little wriggle and a big gummy smile to his dad. Well, one of us was happy, anyway - the one who wasn't getting his feet mucky! 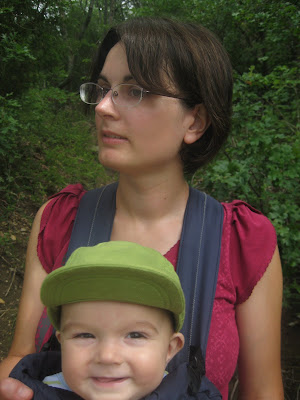 Our Texas State Parks pass was withering away from lack of use when we planned this weekend away, but now it didn't know what had hit it. Its first outing was at Ray Roberts State Park, barely 45 minutes from home. We stopped for a snack on our journey north and stayed a little longer when we discovered a 2-mile buggy-friendly trail. So often the paved paths are tiny quarter-mile loops, and anyone who knows me knows I don't consider quarter of a mile any kind of walk! This one wound through trees dressed in their spring green, past peaceful ponds and bright wildflowers. A couple of deer peered around the tree trunks, moving their heads side-to-side to keep us in view. Although wary, they decided we weren't enough of a threat to make a bolt for it. 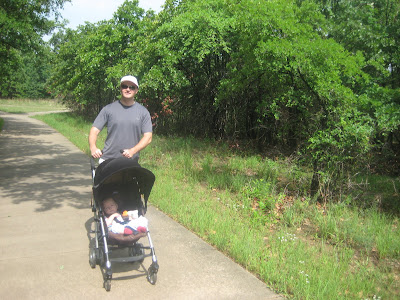 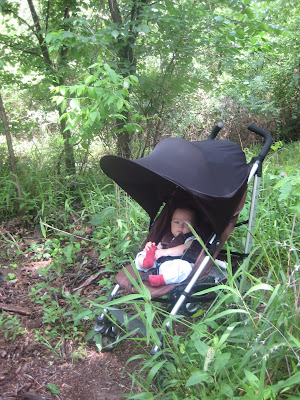 Actually, he's about 6 feet off a paved path.

Back at Ray Roberts Lake, the silence was broken by what sounded like repeated trumpet blasts. Following the sound, we spotted a group of people being baptised in the shallows. At every dunking two men lifted rams' horns and gave them a good blow. Ta-daaah! That's the first time I've seen anyone play actual rams' horns, and I wished I could have had a closer look. 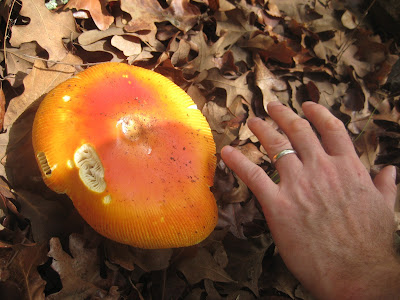 On the road again, we followed Highway 377 through the horse country of Texas - a region I hadn't previously known existed. "Do you need to insure 200 horses?" asked a sign outside one business. Not a need I'd ever thought about, but looking from side to side at the white fences and well-cropped pastures, I could see it might come in handy for some. 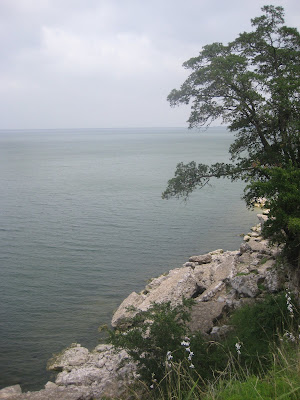 An hour or so later, we arrived at our second state park of the day - Eisenhower S.P., on the shores of Lake Texoma. And it was here that we met the mud. Texas trails are usually so dry that, despite the thunderstorm the night before, we hadn't even considered the possibility that the ground might still be soggy. Within the first few steps our shoes acquired thick clay soles which remained for the rest of the walk. Only Toby, his bare feet swinging, was happily above it all. The views over the vast green-blue reservoir were worth getting dirty for, though. We finished at a swimming beach for a refreshing paddle. 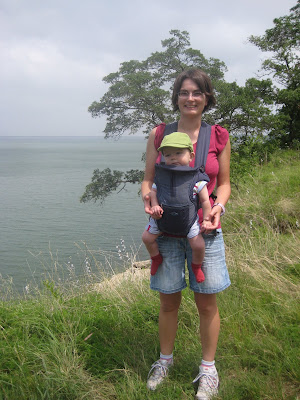 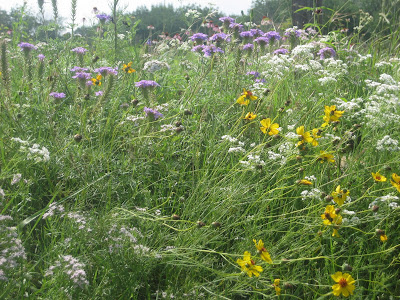 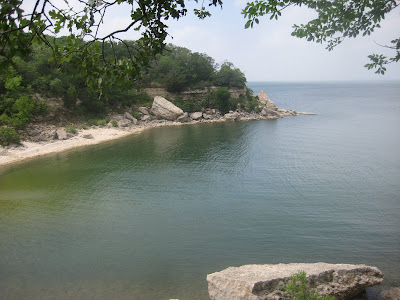 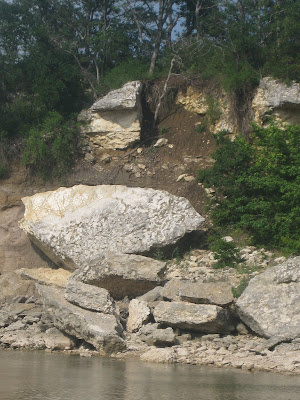 All around the shore, huge chunks of rock were falling off the edge.

Our little boy, who had been so cheerful all day, was aghast when he realised that he wasn't going home to sleep in his own familiar crib. A hotel room was just too strange and alarming. He wailed plaintively every time we stepped out of his field of vision. And that hard travel cot wouldn't do at all. No, if we got to luxuriate on a king size bed he was jolly well going to luxuriate too. Fine, we sighed, have it your own way. We wedged him in with some pillows and retreated to the sofa to play Uno. Of course, once he was finally asleep he was right back in the despised travel cot. Poor kid. 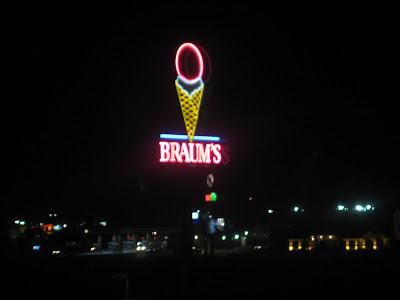 First time my bedroom's had an illuminated ice cream cone outside.

We should know better by now, I guess, but somehow we still get hopeful when we read that a town has a "thriving downtown". Denison was pretty much like the rest, especially on a Sunday morning. No one around, and the most striking-looking building turned out to be a funeral directors. We felt that said it all, really. 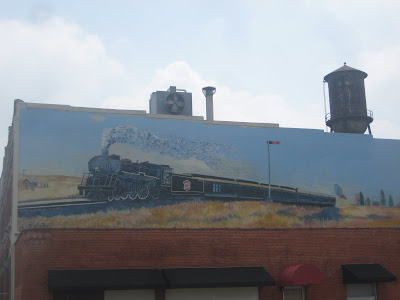 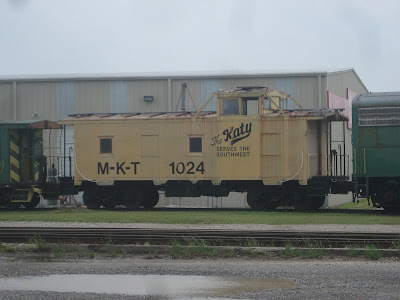 Also in Denison. The Katy is the Missouri-Kansas-Texas Railroad, or MKT.

However, just a few blocks away we discovered Nick's Family Restaurant, which actually did appear to be thriving. I bloated myself with chicken and dressing - that's stuffing for you Brits, before you start getting pictures of chicken doused in vinaigrette. Graham attempted to be healthy with a taco salad, and Toby ate applesauce like it was going out of fashion. He's still a bit small for the standard wooden highchairs but did a good job. 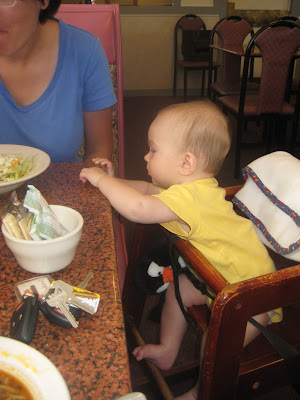 Then it was just a matter of staying awake for the drive home... 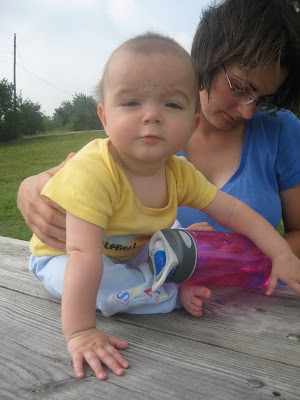 It's important to stay hydrated in these conditions, you know. 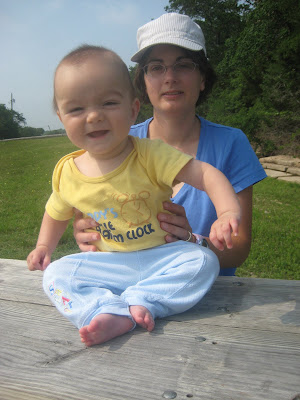 Anonymous said…
that is so fantastic - i thought i would take a quick look at where you had been and ended up reading it all - very well written and entertaining. hope you can teach us uno one day - we always play rummy. what brave explorers you are. xx
love tasha
28 May 2011 at 19:36