The defining feature of our trip to the UK this Christmas was snow. Lots of snow. 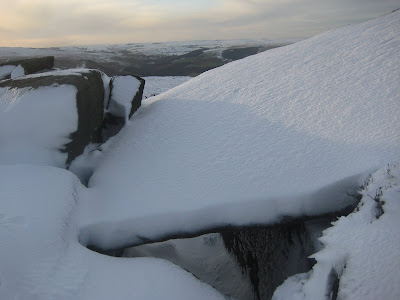 A few days before Christmas, snowstorms hit both the east coast of America, where some of my family live, and the south-east of England, my parents' residence. My grandparents had to cancel their 60th wedding anniversary party and my mom slipped on ice and almost got snowed in at the Royal Berkshire Hospital. Meanwhile in Texas, all this seemed far away and we flew out of D/FW airport on the 23rd in temperatures of about 22C/75F. While warm for this time of year, we didn't expect it to drop too far as we departed for icier climes. 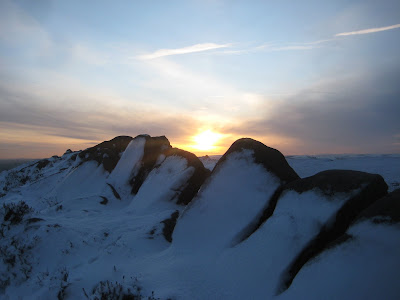 However, a couple of days later I checked a friend's blog and saw this. It was hard to believe, but had we tried to fly a scant 24 hours later, we would have celebrated Christmas at the airport. If celebrated is the word.


Instead, we had safely reached my parents' house and were happily engaged in building our first snowman in many years. Meet Sidney the Seated Snowman. 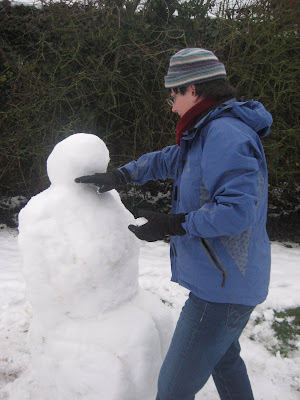 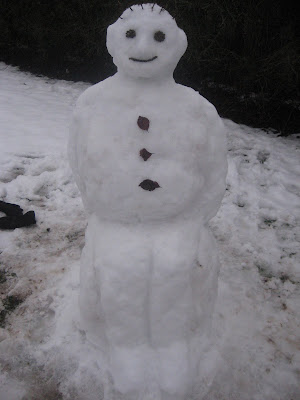 Heading north to Graham's parents, we were enthralled by the silent hills sleeping beneath their snowy blanket. The air was so still that a snowplough scraping its way along the country lanes could be heard miles away. Down on the canal, ducks left waddling footprints on the slushy ice and dropped unconcernedly into dark chilly water. Can't they feel the cold? Our own feet were numb from the slush working its way through our boots, and we hurried home to warm them up with fluffy slippers and mulled wine. 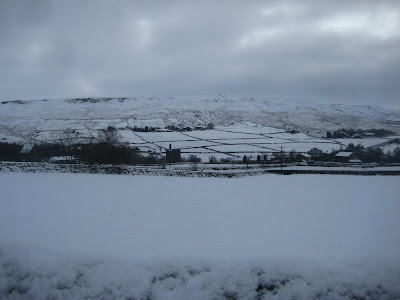 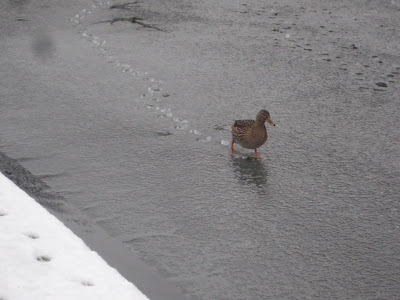 New Year was spent in the Peak District. The sun shone and the hills were sifted with powdered sugar and royal-iced in shining peaks and curves. We slipped and slid up boot-trampled paths to the top of Mam Tor, and floundered, shrieking, through loose snow up to our thighs. It was awesome. 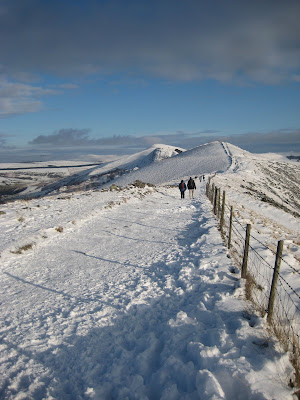 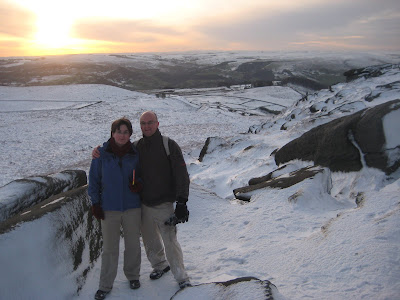 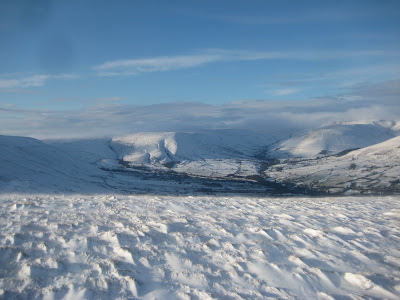 Returning to Reading to catch our flight home, we were disconcerted to hear that more snow was expected to fall that night. By 6pm it had started. By 8pm our car was thickly coated and we were discussing the likelihood of reaching Heathrow in the morning. We woke up to 7 inches and the white flakes still drifting down. Heathrow appeared to be the only airport in the UK still operating, so we swept the car free and ploughed carefully through the snow. Fortunately Mom and Dad aren't far from the motorway, and slow and steady made it. We drove into a whirling white blur with the radio reciting endless lists of school closures and the steady swish of salty slush beneath the tyres. Gradually the blur eased and the slush receded, and we were at the airport and on our way home. 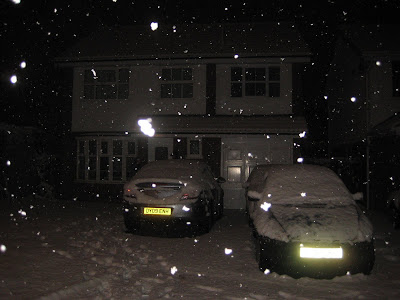 Nice article, which you have shared here about the snowstorm. Your article is very informative and I liked your way to share your experience in this post. Thank you for sharing this article here. Port Coquitlam Snow management service