Bats, Bluebonnets and Breakfast Tacos: A Trip to Austin

We waited on the bridge, leaning on the handrail, watching the dying sunlight reflect red on the Austin skyscrapers. All along the road and on the banks of the river others were doing the same, and on the river below three or four tour boats wound lazily to and fro. Waiting.

The sun went down. Suddenly there was a flick of something that wasn't a bird. Then another. And then a stream of fluttering black shapes poured out from under the bridge and flew off towards the darkening skyline. If you looked straight down at them, they were merely a blur of speed and a rapid clicking noise, but if you looked out along the river, you could see the cloud of bats forming and swirling and moving on. 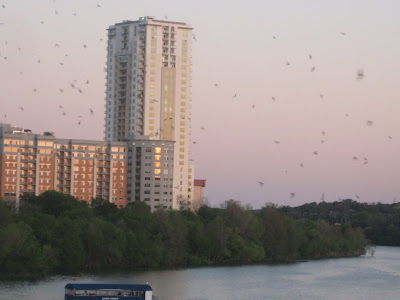 Ten minutes later it was over, with only a straggler or two as a reminder of the hundreds that had flown.

Congress Avenue bridge in Austin is home to a large colony of Mexican free-tailed bats. They breed there during the summer months and there can be up to 1.5 million in August. In March they've only just moved in; still "sweeping the corners and arranging the furniture," as one of the bar staff at TGI Friday's described it to us, so we didn't see so many. But it was still worth seeing.

When the pastures are green in the springtime
And the birds are singing their sonnets,
You may look to the hills and the valleys
And they're covered with lovely Bluebonnets.


From "Bluebonnets" by Julia D. Booth and Lora C. Crocket. 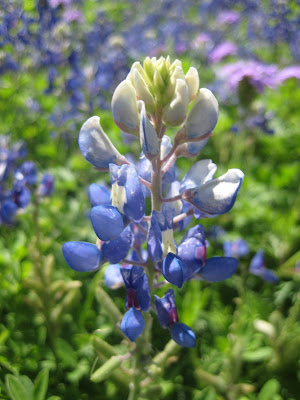 The Lady Bird Johnson Wildflower Center is a beautiful place. It has the feel of somewhere that has been built with care and thought, from the natural materials that fit in with the landscape to the extensive water-conserving features. Most of all, in the springtime, it's an ideal place to see the state flower of Texas, the bluebonnet, as well as several other wildflowers and native plants. 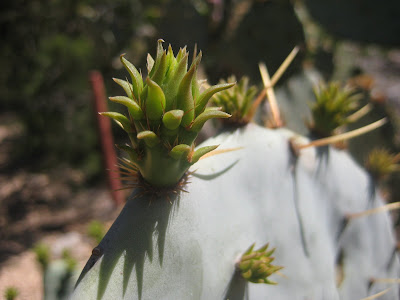 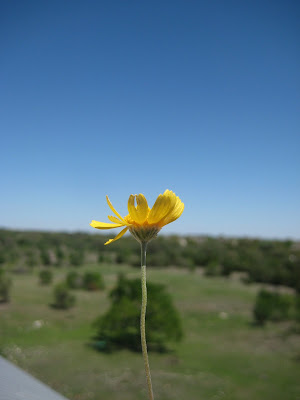 ...And snakes! Graham was delighted when a small, brightly coloured snake whisked out from under a rock and back again. It was so quick we didn't get a photo, but I think it was a black-necked garter snake. Later, as we were standing by a pond, a volunteer pointed out to us two ribbon snakes sunning themselves in the reeds. We never would have spotted them for ourselves - it took me quite a while to see them even with her description! 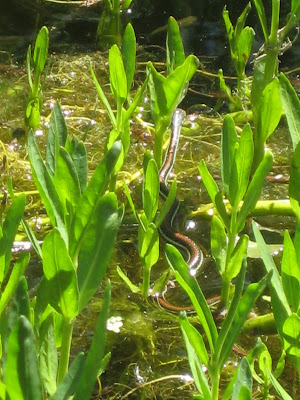 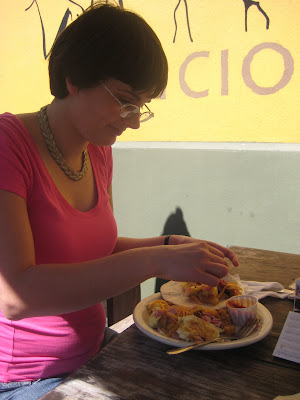 Scrambled egg, ham or sausage, and grated cheese, served with a couple of soft tortillas and a side of tangy salsa. This is a breakfast taco, and, we read somewhere, is a distinctive Austin food, so we had to try it. We were in Zilker Park at the time, so after a pleasant walk along the river watching turtles, we found a nice little cafe called Austin Java, and sat on the patio with the fountain playing and the sun soft on our backs, enjoying a late lunch. I wouldn't have ever considered eating salsa with egg and ham, but I suppose it's similar to ketchup - anyway, it works pretty well! 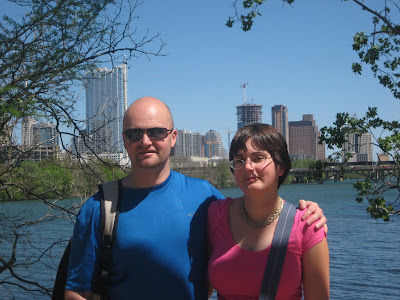 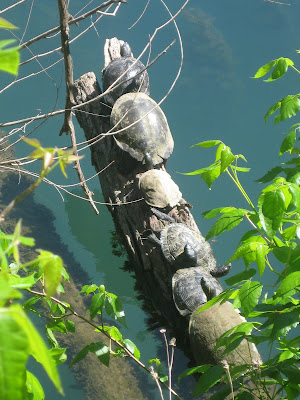