April 29, 2009
Well, I wrote about Bats, Bluebonnets and Breakfast Tacos in a previous post, but that only seemed to cover about half of what we actually did in Austin (were we really there only for a weekend?). And we had several more great photos that Graham has been bugging me to post on my blog, so prepare yourselves for an extravaganza of colour, light and image!


Austin is known as a great place for live music, which presumably explains the psychadelic guitars left lying around the streets. Here's Graham with a couple of his dream instruments. 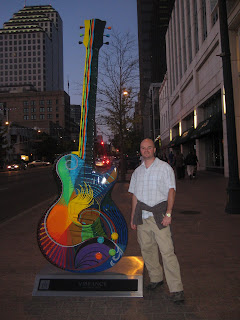 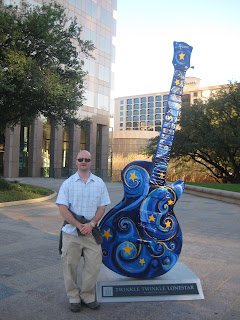 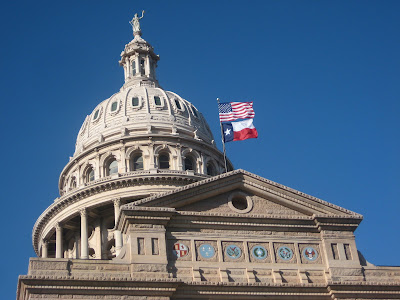 We visited the Texas State Capitol, built on a grand scale from tons of pink granite and limestone. The state capitol, you understand, is located in the state capital. Don't get confused.
Americans definitely tend towards the domes-and-pillars school of architecture for their governmental buildings. I had a feeling this was true, so did a quick search for corroborating evidence and discovered this great site by a photographer who's travelled around to take photos of all the state capitol buildings in America. I rest my case.
Inside, this is the dome looking up: 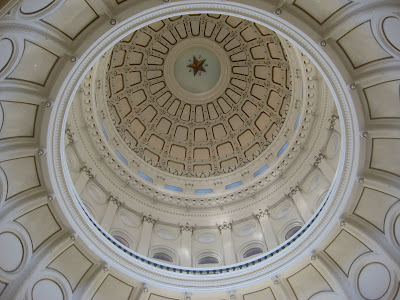 and this is the dome looking down: 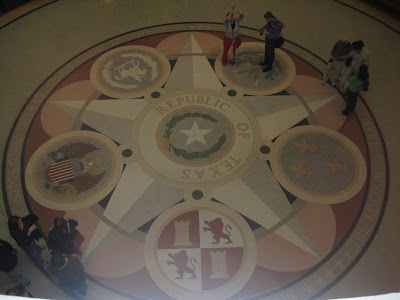 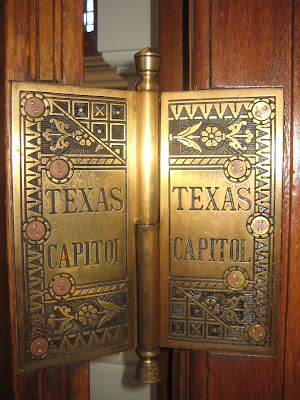 Even the door hinges are ornamental. 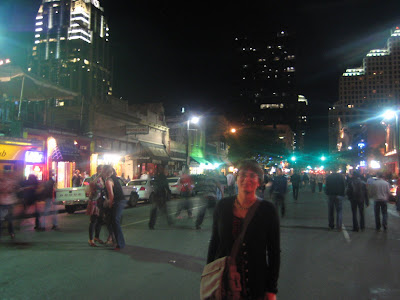 Sixth Street is the bar strip for the young, trendy and beautiful of Austin. I'm not sure how many counts Graham and I qualify on, but we ventured out for a few drinks and a sampling of the atmosphere. We listened to a couple of guys playing great guitar in a place called the Blind Pig, and watched the streams of beautiful people passing by. 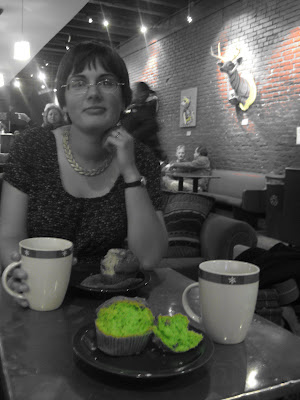 Wandering back about midnight, we passed a still-open coffee shop and impulsively decided to turn in for a coffee and a bite to eat. It was quite an atmospheric contrast to the packed and noisy bars around the corner, containing a scattering of somewhat less beautiful people reading books and quietly chatting, and a number of quirky works of art. Graham added to these with the above photo, which we thought was just awesome. It's a pistachio muffin, which wasn't quite that green in real life, but close; and the colour swap option on the camera highlighted it perfectly.
Next day, before going to the wildflower centre, we spent a short while at a nature reserve and park where many peacocks lived. It looks most uncomfortable to have that much tail dragging behind you all the time, but it has to be said they are highly photogenic birds. This is a small selection from the 50 or more peacock photos we ended up with. 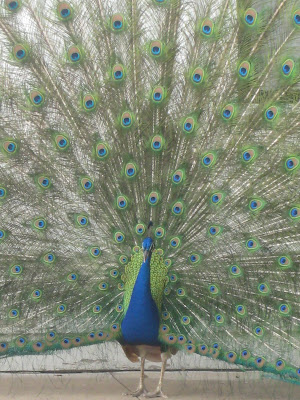 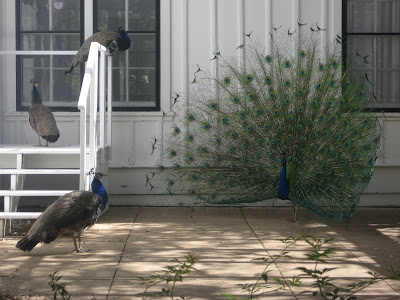 With triplet of grudgingly admiring females. 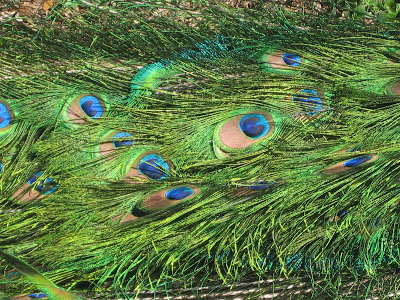 Sun on tail feathers.
And finally, I never really thought how cacti grow, but I didn't think it would be like this. Those miniature cactus-lets are so cute! 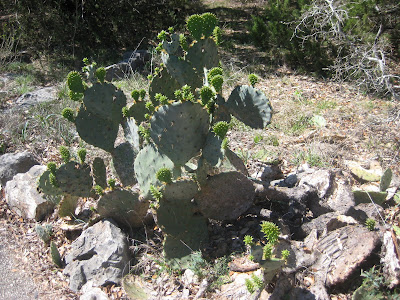