June 30, 2016
This week, I have mostly been creating enormous piles of washing up.


Occasionally something edible escaped from the mounds of mess and made it to the table.

I don't know why it turned into such a cooking week; we haven't been entertaining, and I didn't think I'd added too many new dishes to my weekly menu.  The main problem was that I made several things in advance, which spread out the cooking - and hence the washing up - across a much greater time and area.

The star of the menu was undoubtedly the barbeque ribs.  I don't believe I've ever cooked ribs before, but I followed the recipe from Jamie Oliver's Save with Jamie, and they turned out - well, just like ribs should!  Soft and tender, and coated generously with a sweet and tangy glaze.  It's not in any way a difficult recipe - but like I said, it kind of spreeeaaads, until you feel like you've been dealing with these ribs for a very long time.  Worth it though.  And the best thing?  I now have enough marinade for two more goes, stashed in the freezer. 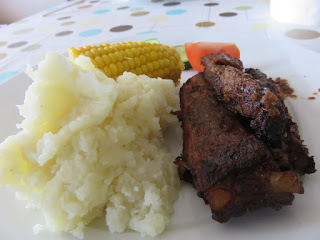 My other problem is that I turn the oven on for two hours, for a dish like that, and start thinking, "Right!  What else can I put in it?"  So I made a boiled fruit cake, which also appreciates long slow baking (the fruit is boiled, not the cake, despite how it sounds!) 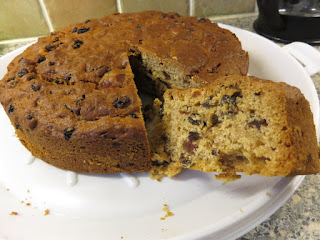 Then I thought I might as well roast the vegetables for our dinner the next night, and while I'm at it the other half of the butternut squash might as well go in, with plans to make it into squash fritters at some point (another Jamie recipe).  And I had to stop myself roasting the butternut squash seeds as well, on the basis that dirtying one more pan might just cause myself and the kitchen to actually explode.


Oh, and earlier in the week I rustled up a dozen chocolate cupcakes, which were entirely necessary, I assure you.  They used up the remains of some chocolate buttercream just perfectly, and I took them to a friend's house for tea.  And they went in the oven while I was roasting carrots for a rather tasty carrot and chickpea salad.  You can tell it's been rainy and dismal here all week, can't you? 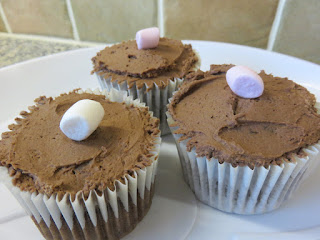