Changeable April
Rainy and sunny by turns
Weather for rainbows 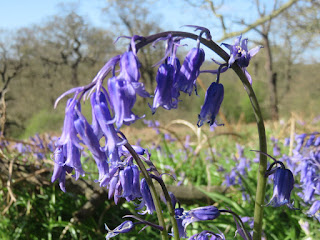 This April has taken that to extremes, by being sunny, rainy, hailing, sleeting, T-shirt warm, frost-on-the-grass cold, and most things in between.  We have been working hard while it's sunny and going out when it rains - or occasionally the other way around.  Cafes with Kids has been keeping me busy and taking us to a few new places, but we've also fitted in some work around the house and garden, enthusiastically helped by the boys (especially the bits which involved lots of MUD). 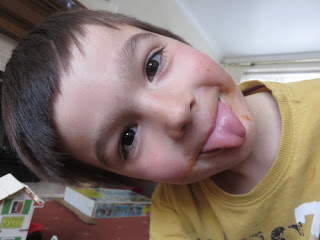 - rather liked the idea of April Fool's Day.  He tried out a few comments like "There's a spider on your foot!" and "Your hair is turning green!"


- has been doing some really good drawings (in my completely unbiased opinion).  This is a fairground, with rollercoaster, dinosaur helter-skelter, carousel, and coconut shy. 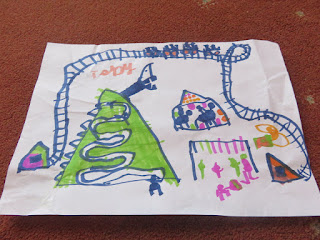 - got to bring home a bagful of Paddington Bear books from school.  He'd read the lot before bedtime.  Wonder where he gets that from? 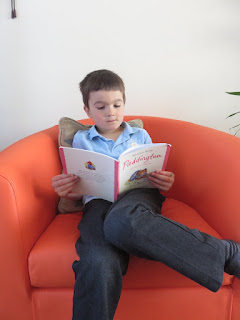 - doesn't like any change we make for the first two days.  We bought new cushions for the living room today, and got, "What!  What is this?  It looks ridiculous in here!"  Give it a week and he'll love them.


- came home from church last Sunday with a pretty good rendition of "Our God is a great big God".  Something obviously sank in at creche.

-  loves eggs.  He and Graham will often have boiled eggs after they've taken Toby to school.


- always wants to know what's cooking ("wegables?") and usually drags out a saucepan to create his own concoction - lately plastic car wheels have been the dish of choice.


- is remarkably polite - where did that come from?  Please, thank you and excuse me with no prompting at all!

- except when he's gleefully shouting "Poo poo pants"!  Not so polite.


- our first barbeque of the year!  The weather was beautifully warm for a few days, but now it's freezing again.


- finally getting some more of the garden sorted out.  OK, we still need loads of gravel, but we got a lot of weed matting down and some new planters for veg, so it looks much tidier.

- discovering that kiwi fruit in a cake actually works!  Graham bought lots because they were cheap, so I chopped some up and used them as the fruit in this cornmeal cake recipe and it tasted good. 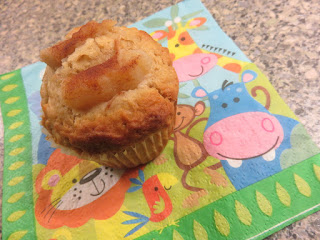 I have a confession.  This is not so much the best recipe of the month as the thing I happen to have in the cake tin right now.  Because I have been rubbish about trying new things and remembering to take photos of them.  But these are pretty good, and prove that meringues are not the only thing you can do with egg whites.  The original recipe (from The Australian Women's Weekly Muffins) was obviously meant to be healthy, with half wholemeal flour and skimmed milk.  I de-healthified it simply because I didn't have the ingredients; I'm sure they're great either way.

Mix together the flour, custard powder, cinnamon and sugar.  Stir in the egg whites, milk and oil, then 3/4 of the apples (don't you love muffins?  so easy.)  Spoon into the paper cases.  I think this book used bigger muffin tins than mine, because they always go over, sometimes by a lot.  In this case it would have made about 14, but I put the extra in a mini loaf tin.  Top with the remaining apple, and sprinkle with the cinnamon and sugar mixed together.  Cook for about 20 minutes until springy.  As with all muffins, eat as soon as possible.

A word on the apples: the ones I got were canned unsweetened apple slices.  I would think of pie apples being those ones in a kind of sweet syrupy gunge, but I'm not sure if that's what the recipe meant.  Anyway, the type I used worked fine, except for needing chopping up a bit.  You could probably dice a couple of apples from the fruit bowl if that was handier.