Of kings and kids

May 10, 2014
It was 1660, and Charles II had just been crowned King of England.  This was no ordinary succession; Charles' father had been executed over a decade earlier, and England had, since then, been not a monarchy but a republic.  And not a particularly cheerful republic, either.  Under the Lord Protectorship of the Puritan Oliver Cromwell, theatres were closed, church music (except psalms) was forbidden, and even Christmas was banned.  The return of the king, however, ushered in a new period of flamboyancy in English art, drama and architecture, known as Restoration Style.  A man named George Vernon, building himself a brand new house southwest of Derby, embraced the new fashion enthusiastically.

"We've got to have a cupola!  What's a cupola?  You know, one of those little rounded tower-y things on the roof.  All the best houses have them now." 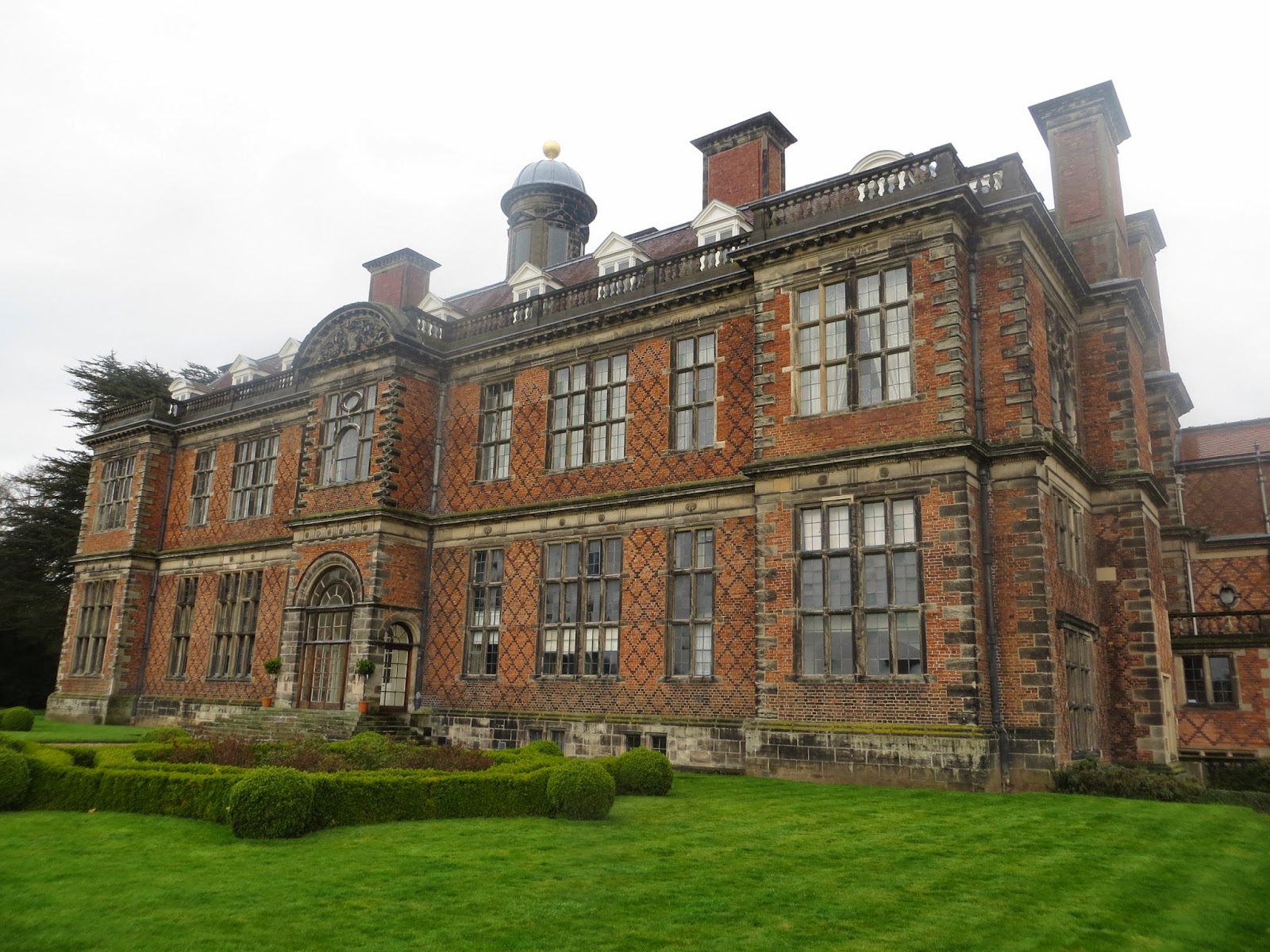 "And carvings!  And paintings!  No I mean real carvings.  Let's see just how many swags and curlicues we can fit on one ceiling." 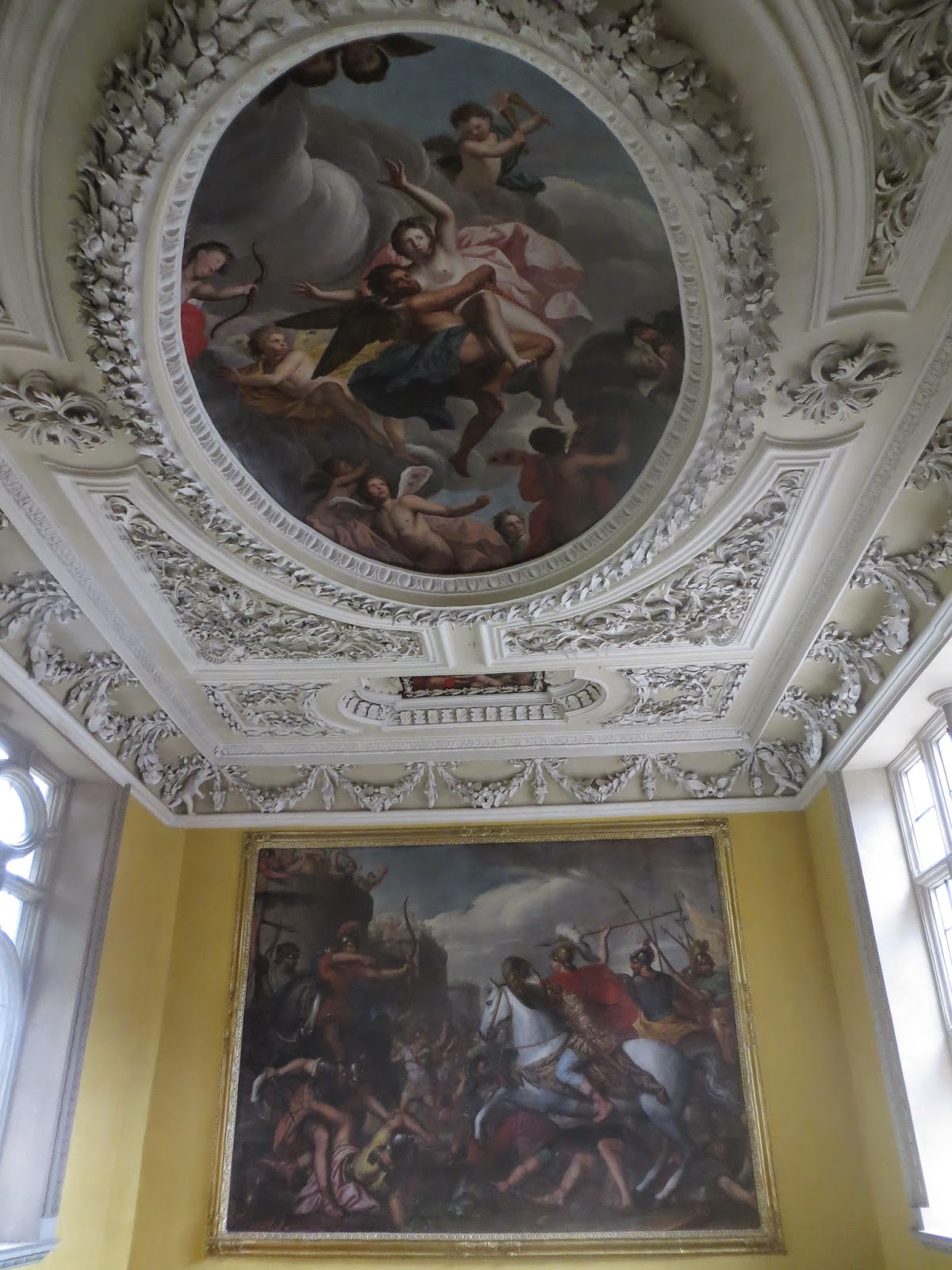 "Don't forget the staircase.  I think a nice bowl of flowers would look perfect right there.  Even if it is overshadowed by those huge paintings." 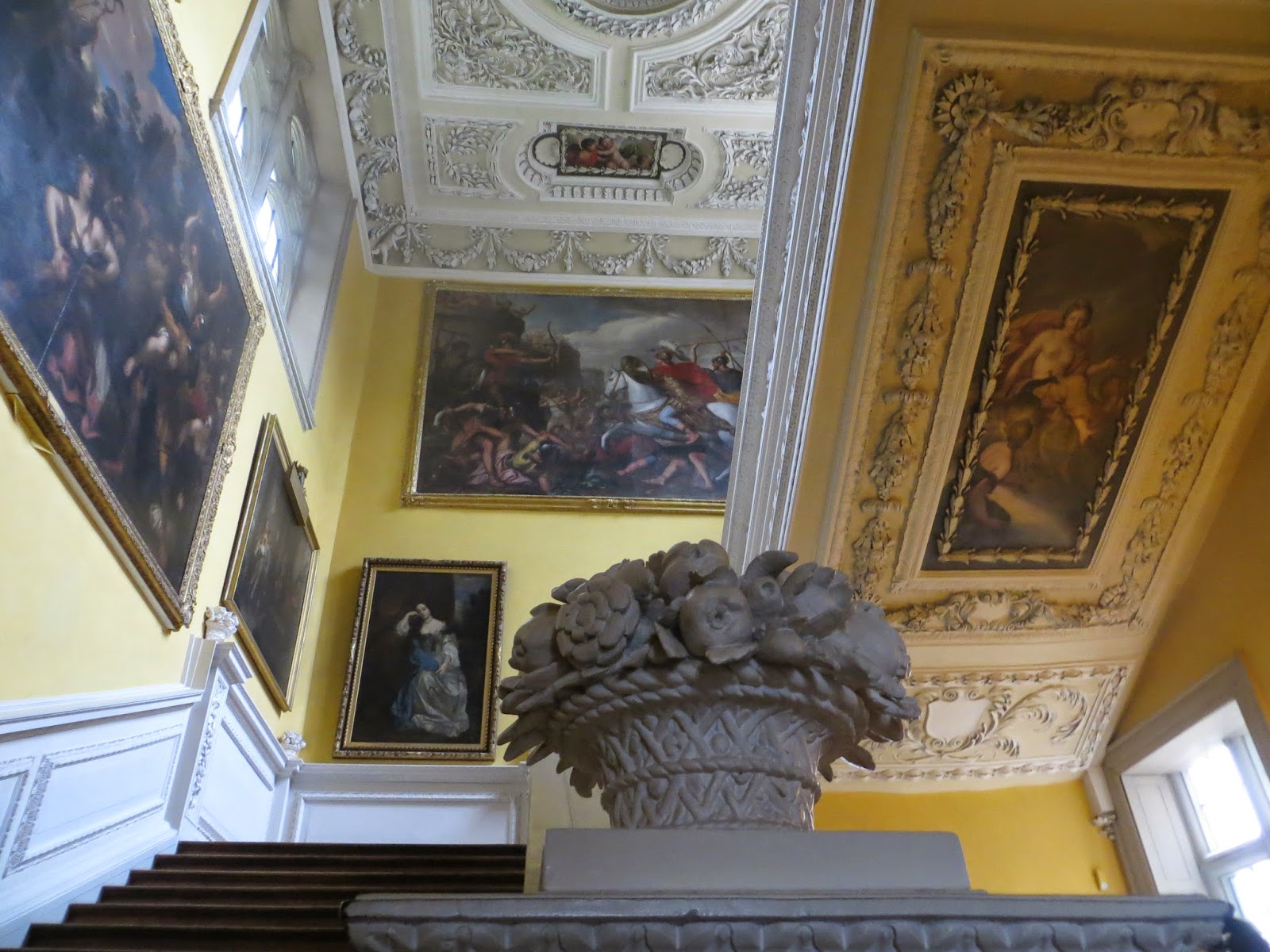 "And of course, we have to have the longest Long Gallery ever.  With more carving. Just because." 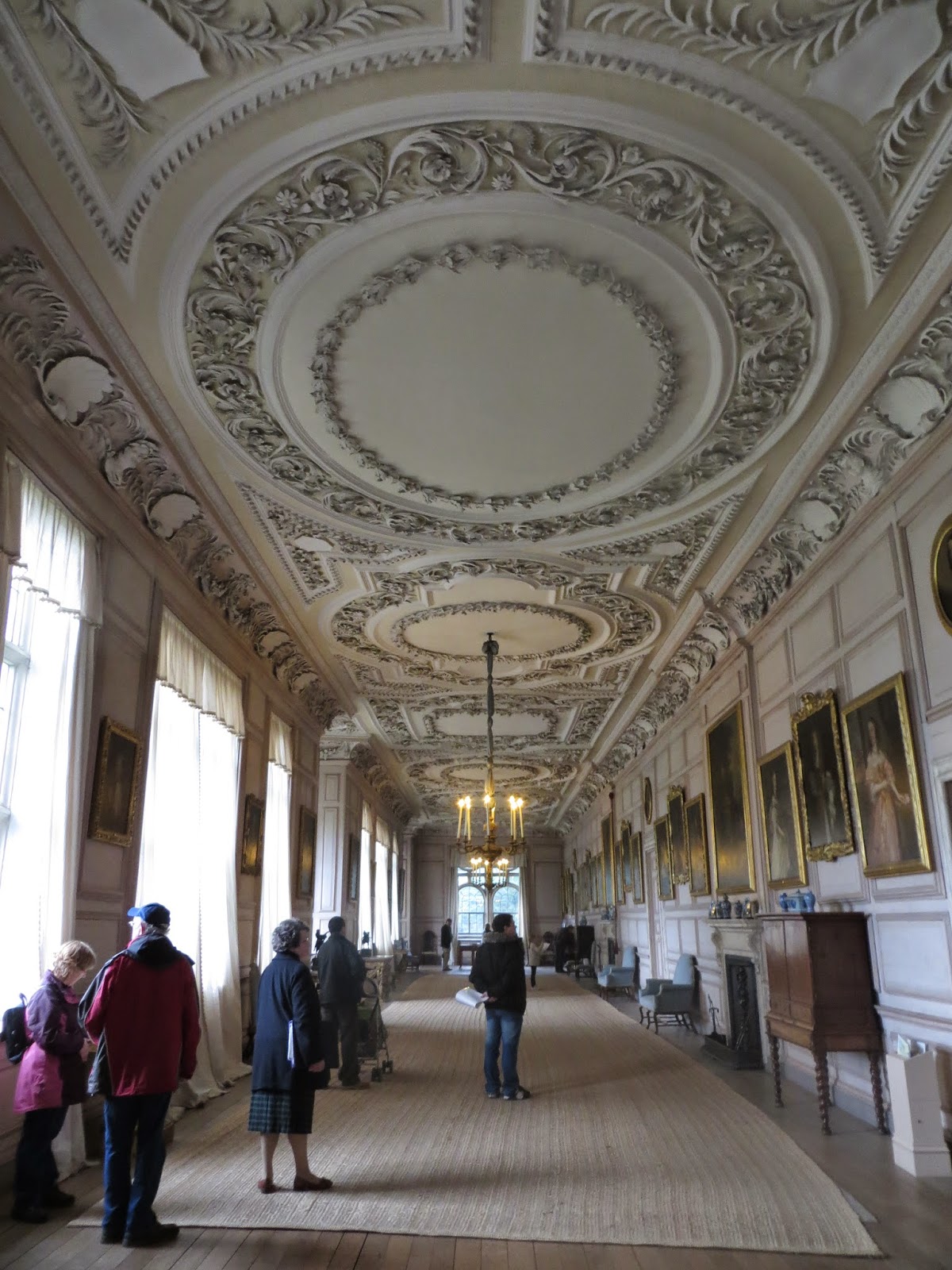 "A library, too. A book-reader's dream of a library, with a spiral staircase and a balcony and floor-to-ceiling shelves stuffed with exciting literature." 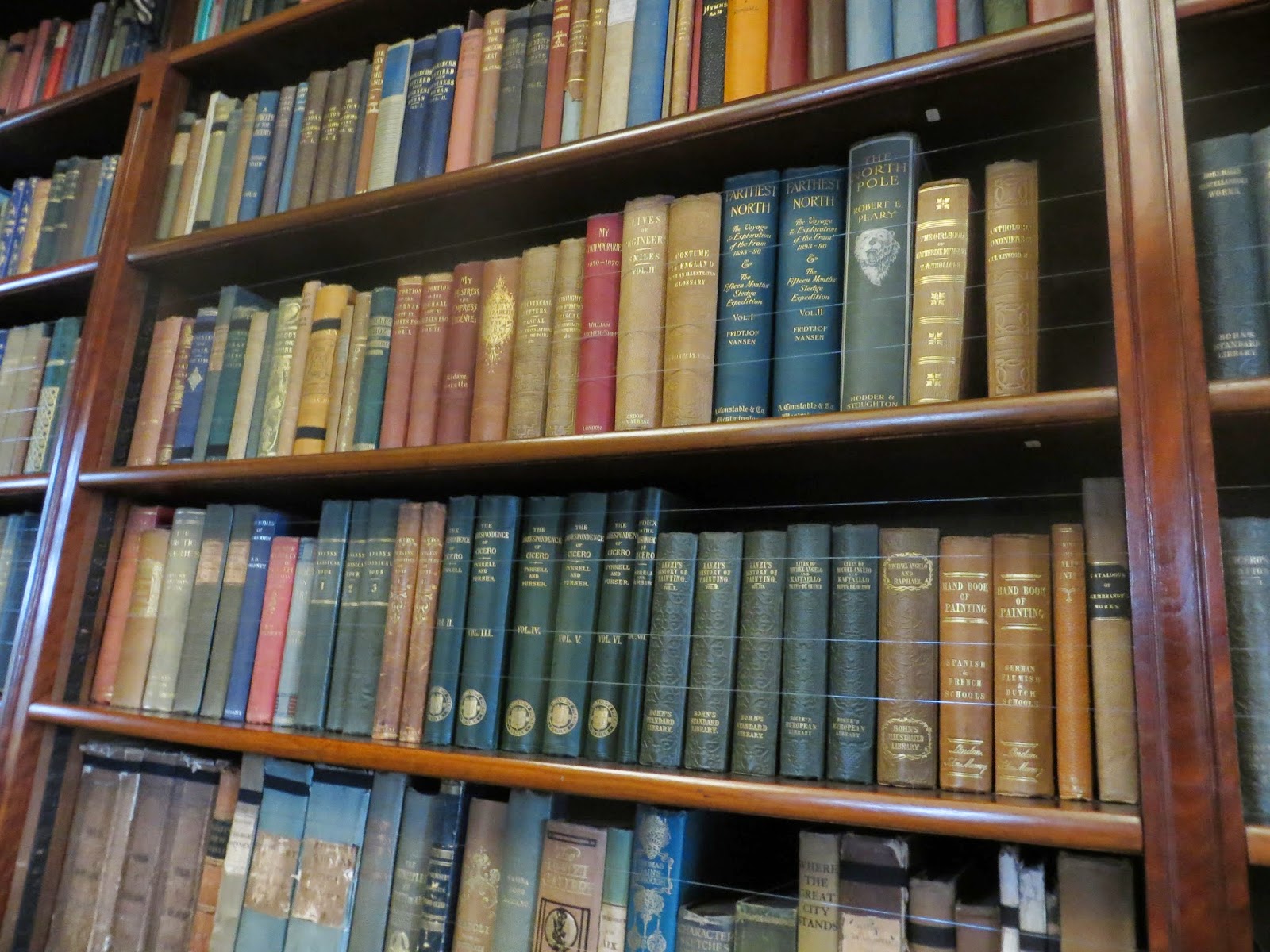 Three centuries or so later, part of the house was turned into a Museum of Childhood.  Not so much of the ornamental carving, but a great deal of fun.  We tried our hands at jacks and hula-hooping, wound up mechanical toys, and were soundly insulted by the teacher in a Victorian classroom.  And played cars, of course.  Theo loved the flashing lights on this digger. 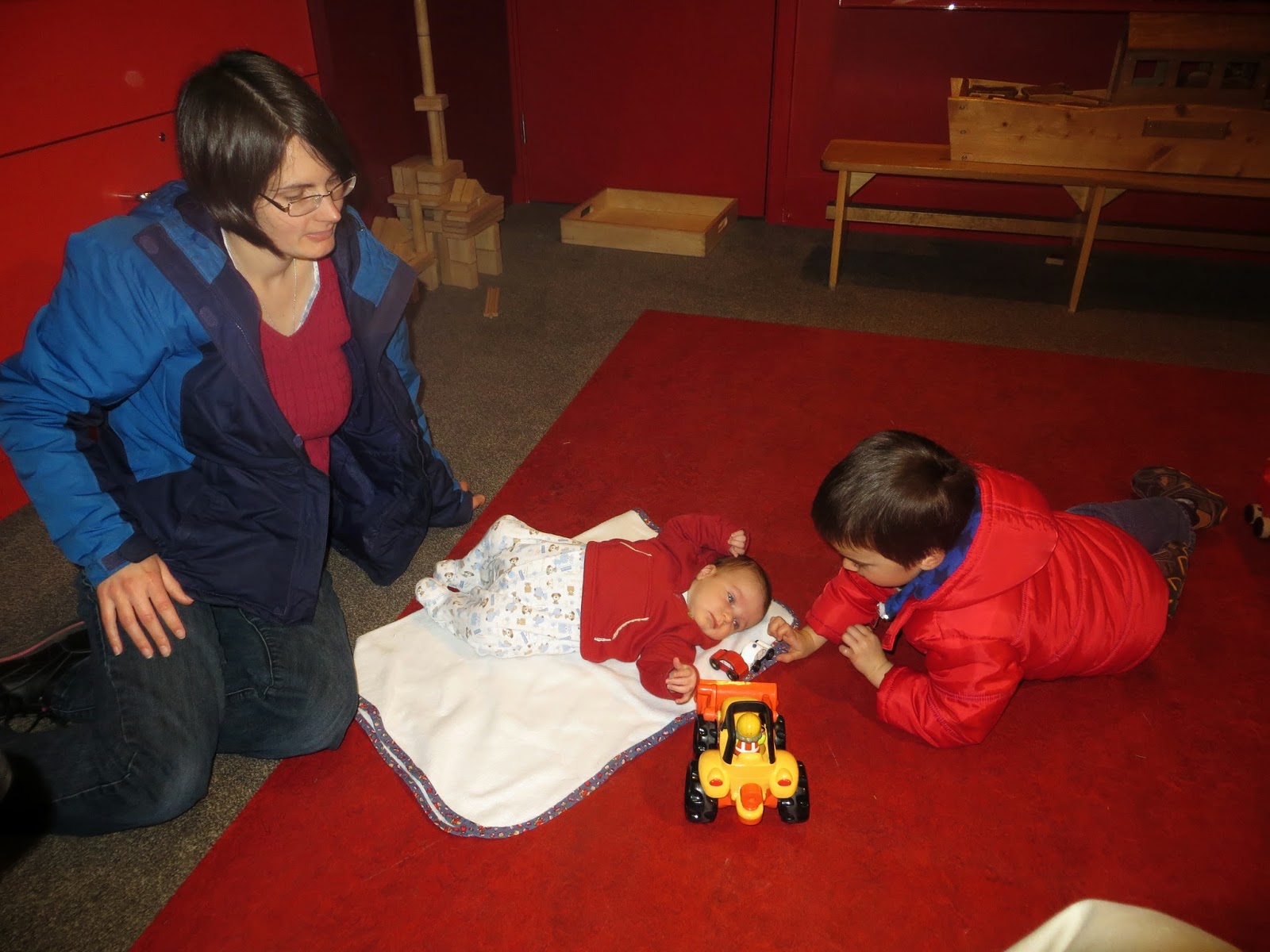 From a previous trip: a much younger Toby considers job options for children. 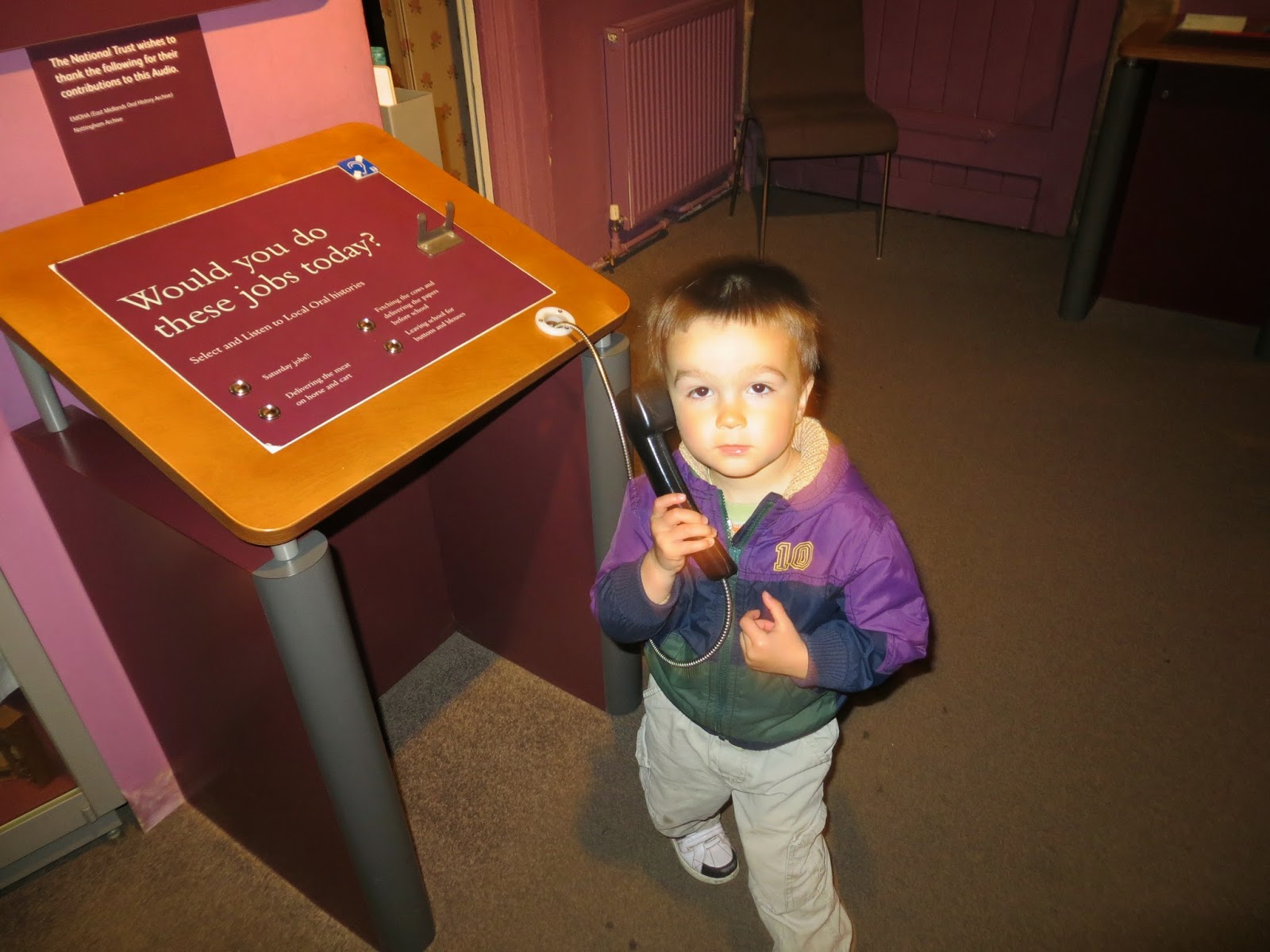 Yes, this is a strange angle - these bedrooms were attached to the ceiling!  Look how few toys kids used to have to play with. 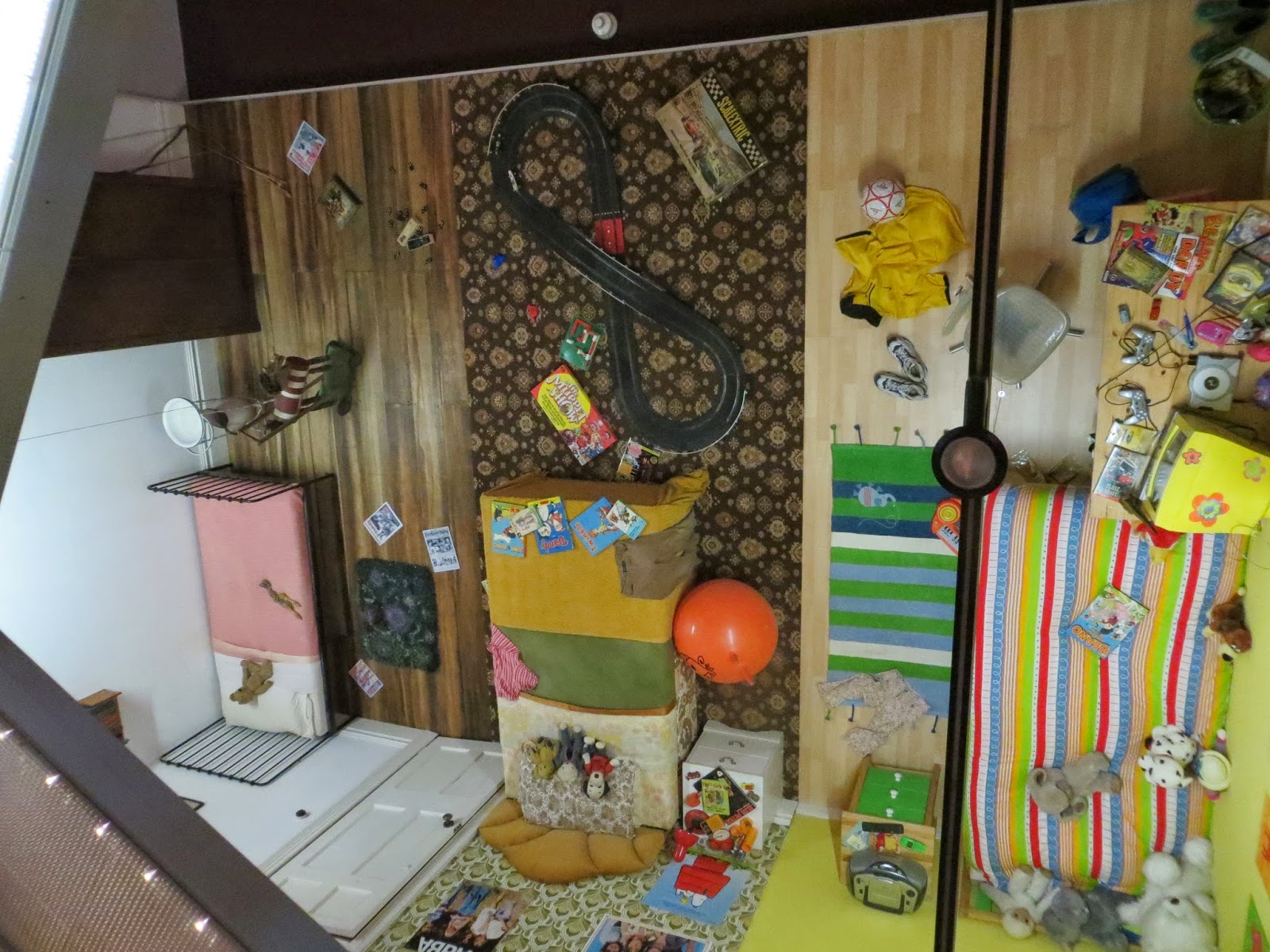 Oh, the name of the house?  Sudbury Hall.