A bit of baking

May 20, 2014
You know those hot cross scones I mentioned in the Monthly Munch?  Well, I did get around to making them.  They didn't turn out quiiiite as they were meant to.  I guess I put too much liquid in (despite using less than the recipe stated) so the "very sticky" mentioned in the recipe turned into "Aaaggghhh!!!  It's all over my hands and I can't get it off!".  Even adding flour made it barely manageable, so I kind of threw handfuls of the stuff at the baking tray, shoved it in the oven and hoped for the best. 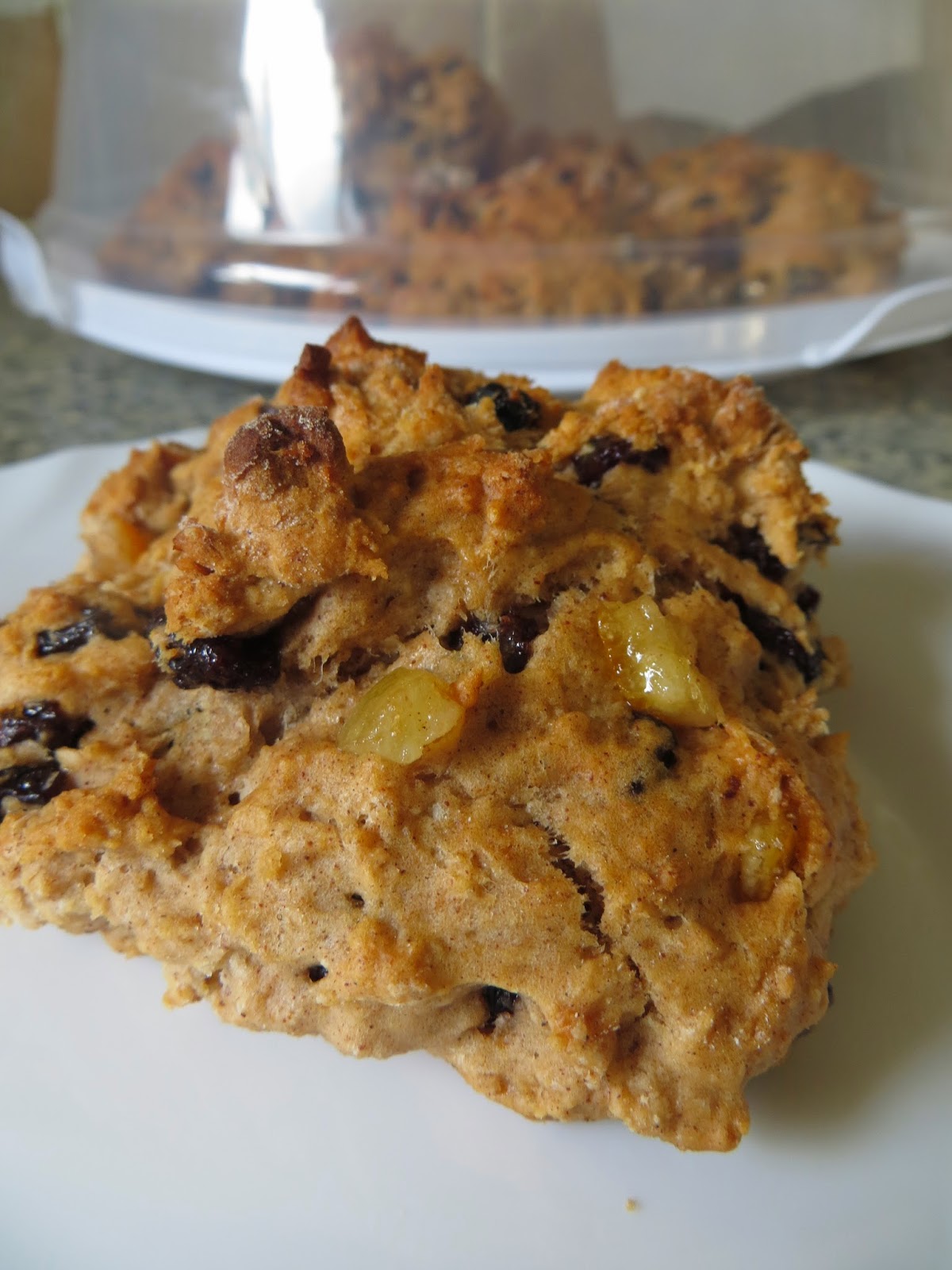 They were hot.  They weren't crossed and they definitely weren't scones.  We christened them hot blobby cakes and ate them enthusiastically.  Anything with that much dried fruit in is gonna taste good, no matter what it looks like. 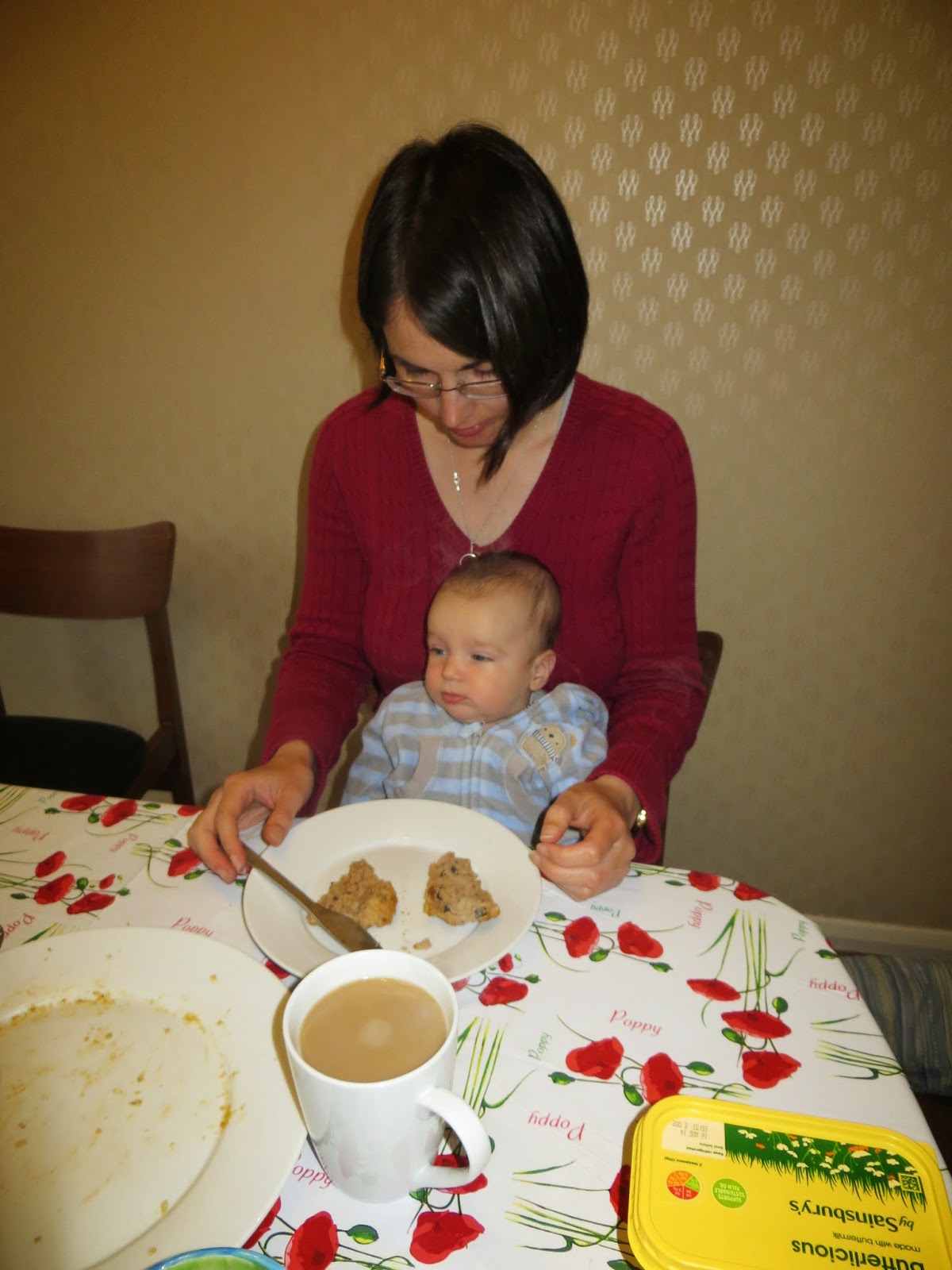 Next up was chocolate red wine cupcakes for a friend's birthday.  I posted the recipe for this way back in 2009, and I'm not sure I've made it since.  Which is a great shame, because it's a very deliciously fluffy chocolate cake.  Seems we don't often have that much red wine left over.  Funny, that. 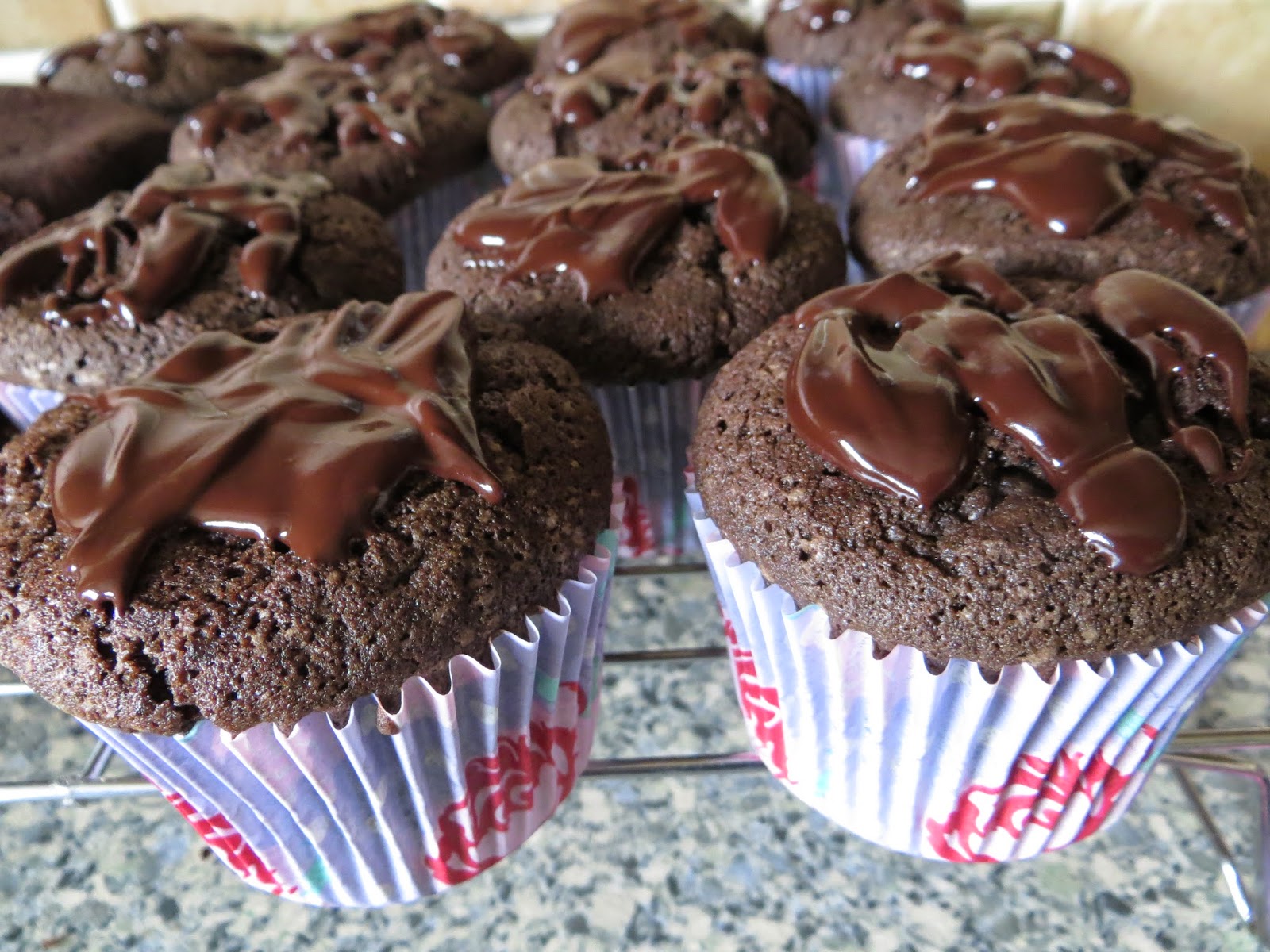 Fortunately these had much better presentation skills than the scones.  Which is more than can be said for Toby, after he'd finished licking out the empty melted chocolate pot. 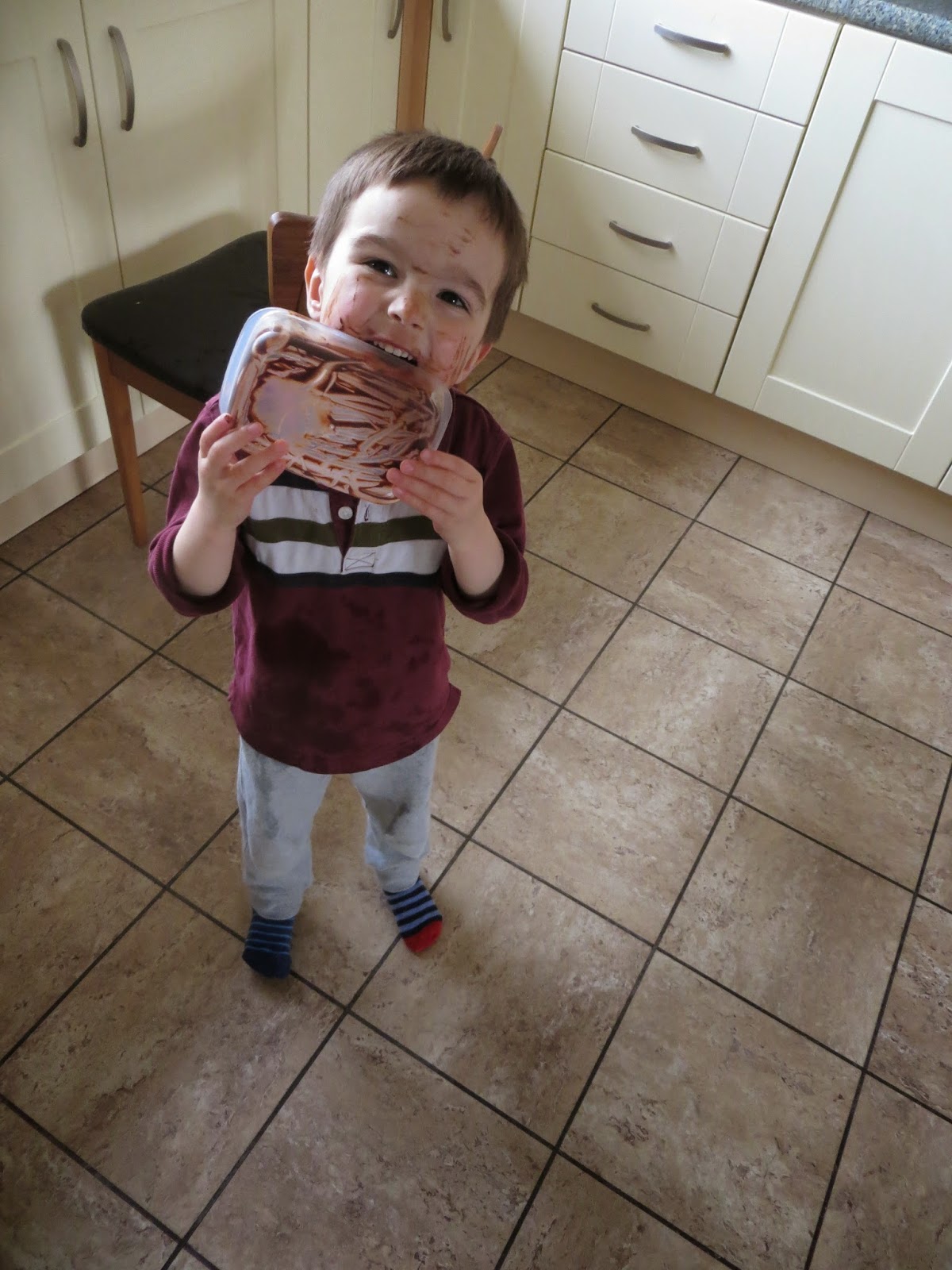 And finally, it was Graham's birthday last week.  He likes a good solid Christmas-type cake, but I didn't have time to do a proper rich fruit cake.  So I made the fruit cake from Jane Brocket's Cherry Cake and Ginger Beer, which is a great collection of recipes for food mentioned in children's books.  Make your own Malory Towers midnight feast, kind of thing.

The fruit cake was moist and spicy and would go well in a feast at any time of day or night, especially once I'd covered it with marzipan and icing.  Toby helped to decorate it with M&Ms.  I was going to go for something simple like "DAD" but he insisted on the car.  I'm sure the fact that it meant there were twice as many M&Ms on the cake had absolutely nothing to do with it. 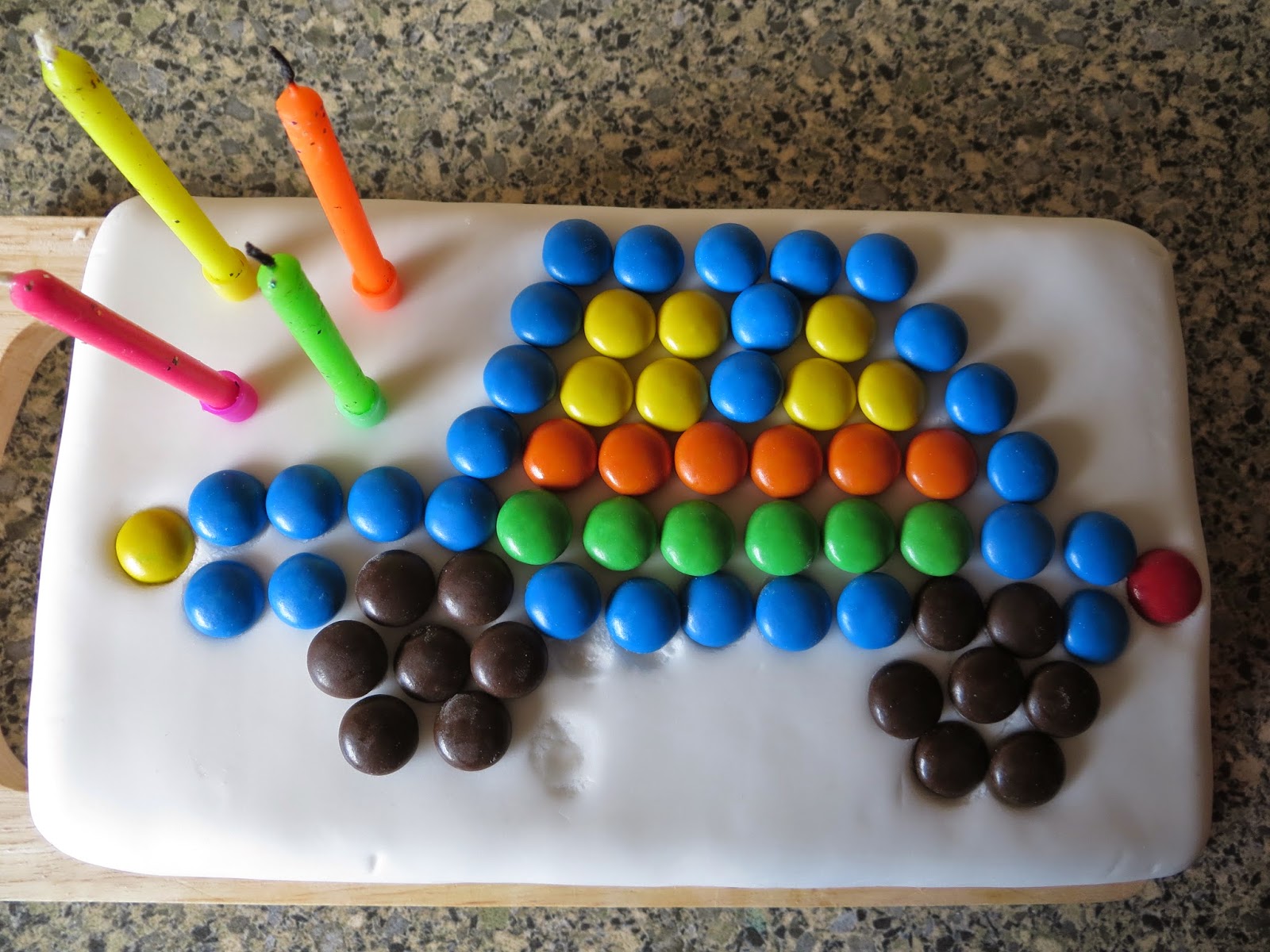 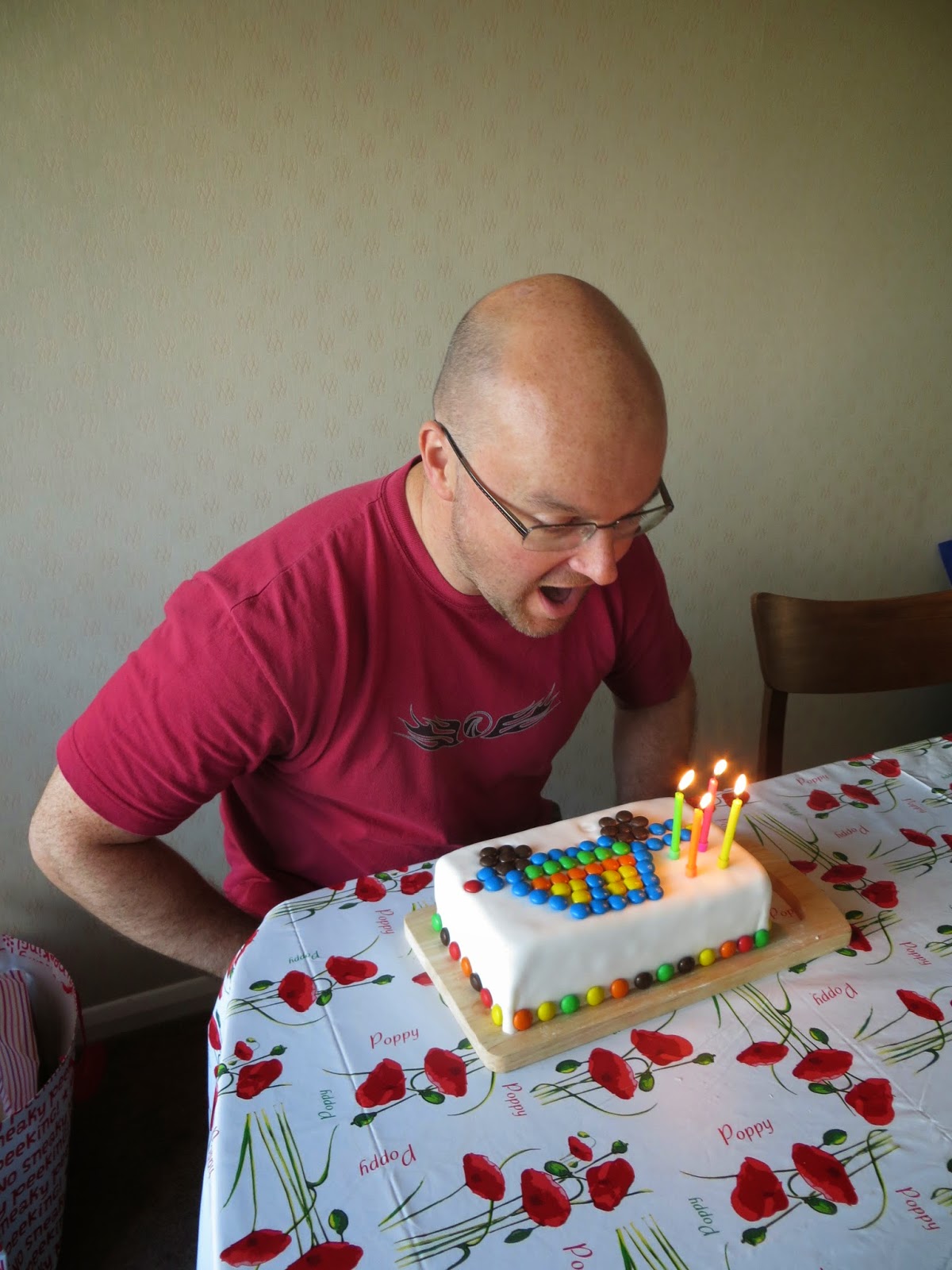 Sally Eyre said…
That is one of my favourite recipe books - not that I ever make anything from it. I just get it from the library and enjoy reading it.
5 June 2014 at 16:56