The confusion of noise,
the clash of branches,
the crash of thunder
have said to my soul: Beware!
Are you ready?

And all my life
I have not been ready.
I have fallen to my knees
and pleaded for mercy
and heard only the blowing of the wind.

But today
the angels have sung to me.

The purity of tone,
the beauty of melody,
the complexity of harmony
have said to my soul: Peace!
You are ready.

And today
I am ready.
I have fallen to my knees
and accepted Jesus' mercy
and heard only the song of the angels. 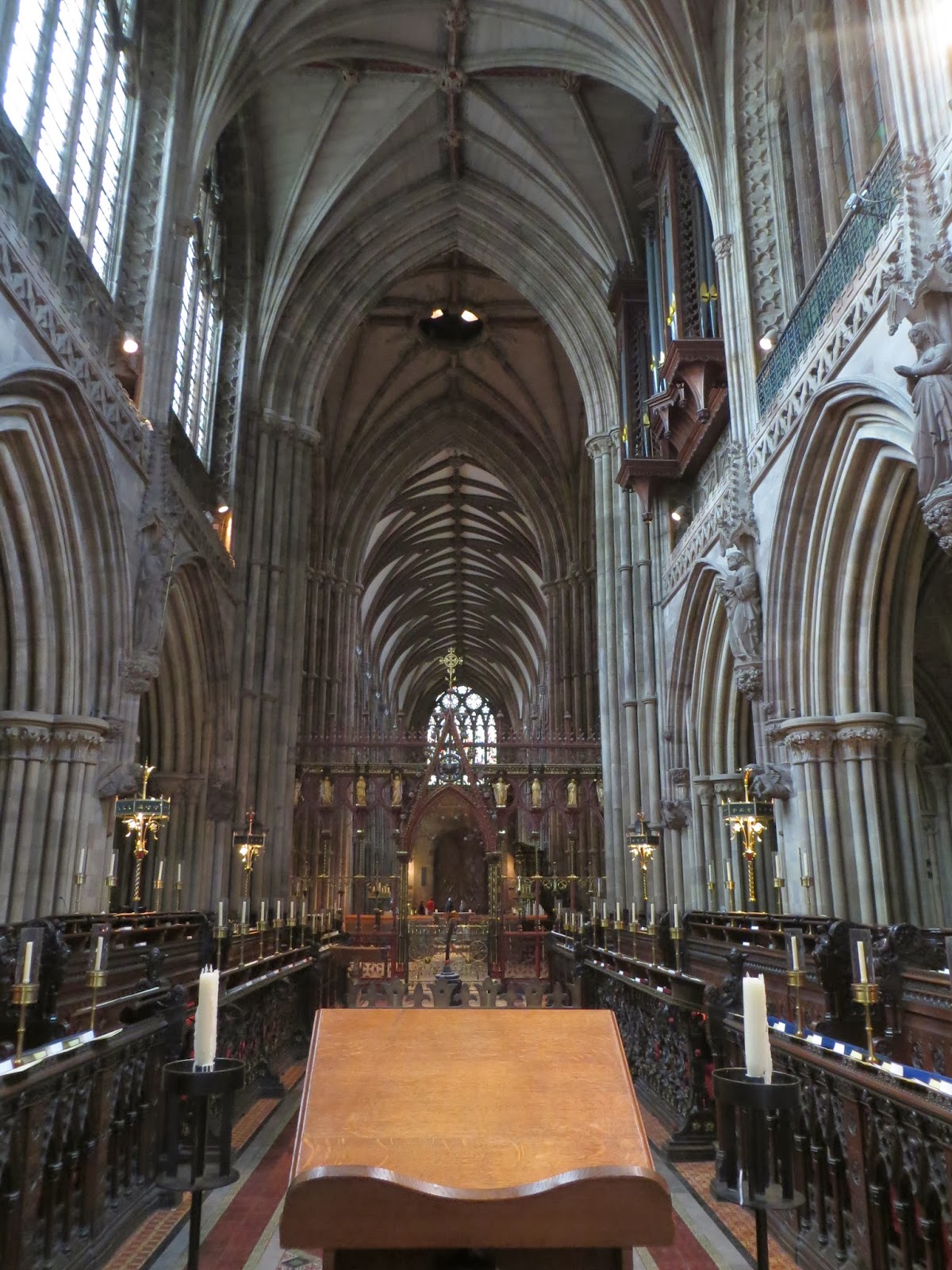 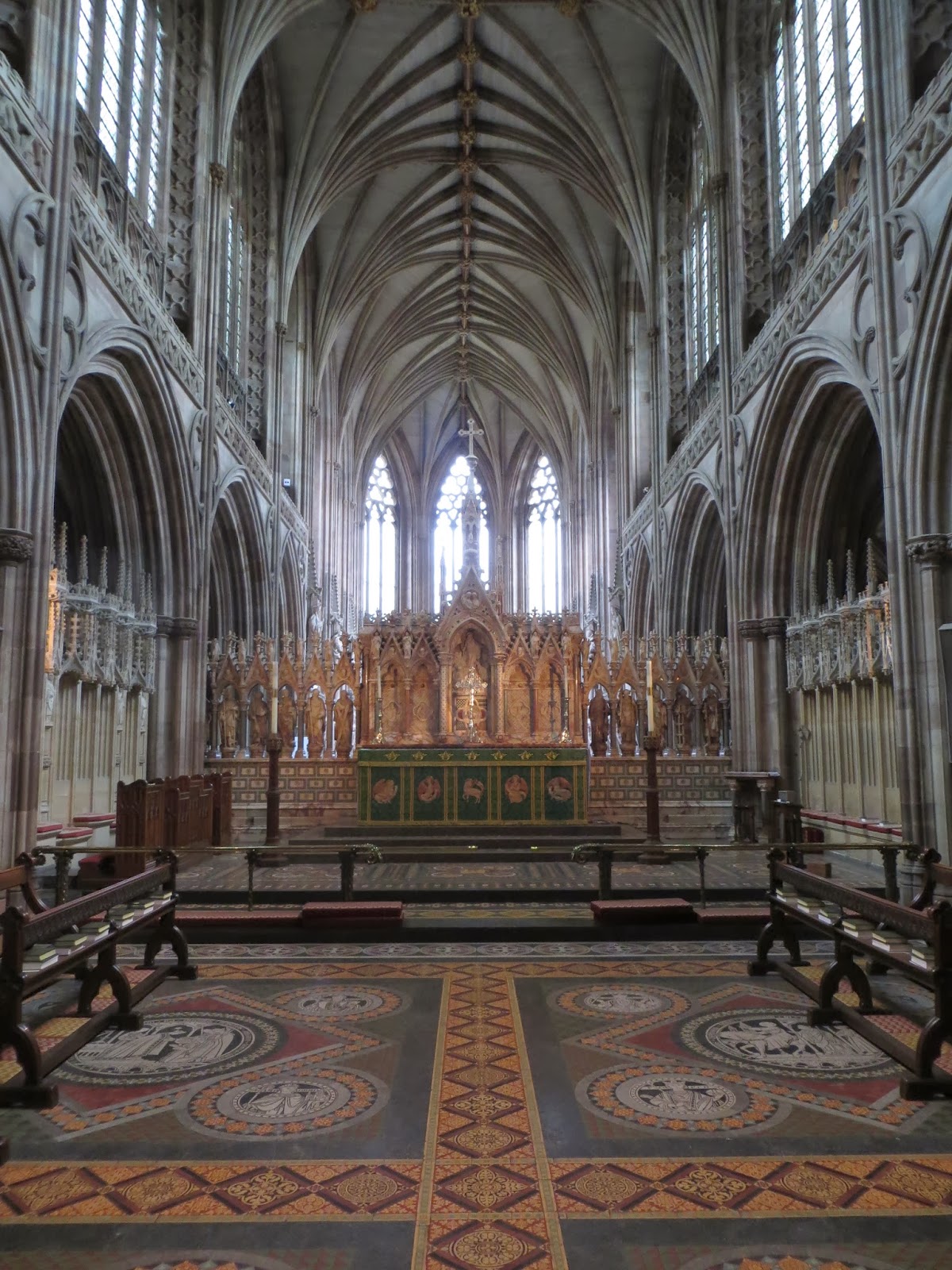 Recently we visited Lichfield Cathedral, which is associated with St Chad.  Chad, or Ceadda, became bishop of Lichfield in the 7th century, when it was part of the ancient kingdom of Mercia, and played a major part in converting the Mercians from paganism to Christianity.

Most of what we know of Chad comes from the writings of Bede, who tells two stories about him.  The first is that, whenever there was a strong gust of wind, he would drop whatever he was doing and pray to God.  If the wind continued, or a storm blew up, his prayers for mercy became more and more earnest; and this he attributed to the reminder of Judgement Day that the wind provided.

The second concerns his death; that seven days before he died, a sweet singing was heard by Chad and a man named Owini.  Moving across the sky, the singing filled the building where Chad was, before returning by the route it had come.  The song, he said, was from angelic spirits, come to call him to his heavenly reward. 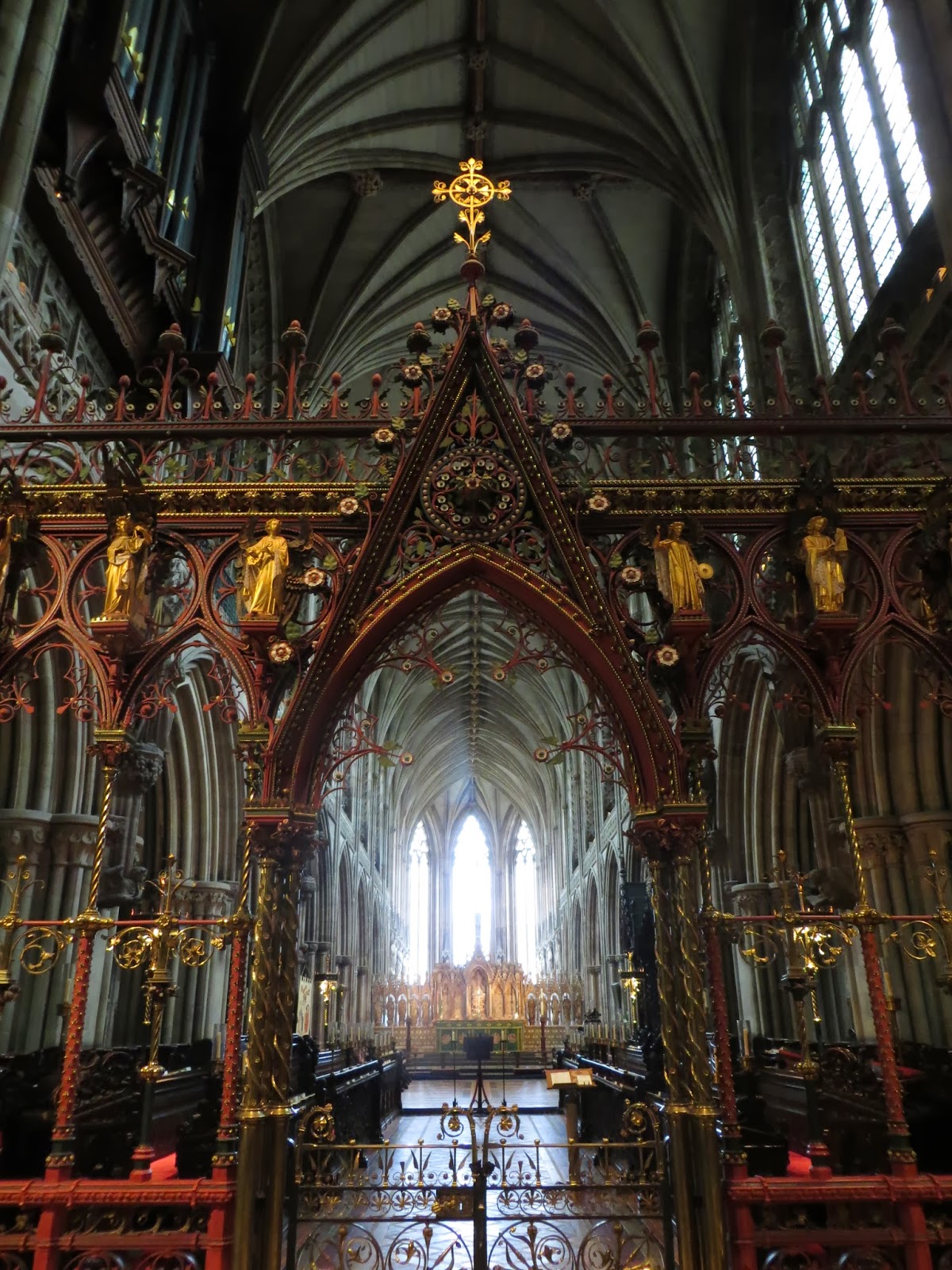 St Chad died on the second of March, which is now his feast day.  The Church of England's prayer on this day is:


Almighty God,
from the first fruits of the English nation who turned to Christ,
you called your servant Chad
to be an evangelist and bishop of his own people:
give us grace so to follow his peaceable nature,
humble spirit and prayerful life,
that we may truly commend to others
the faith which we ourselves profess;
through Jesus Christ our Lord.
from Common Worship: Daily Prayer