February 05, 2014
Several blogs I follow do some kind of regular round-up, which seems like a) a good way to find a reason to post, and b) a good way to keep family updated (and remember what's happened ourselves!).  Two good things can't be too bad, huh?  So here's the first installment of Martha's Monthly Munch. 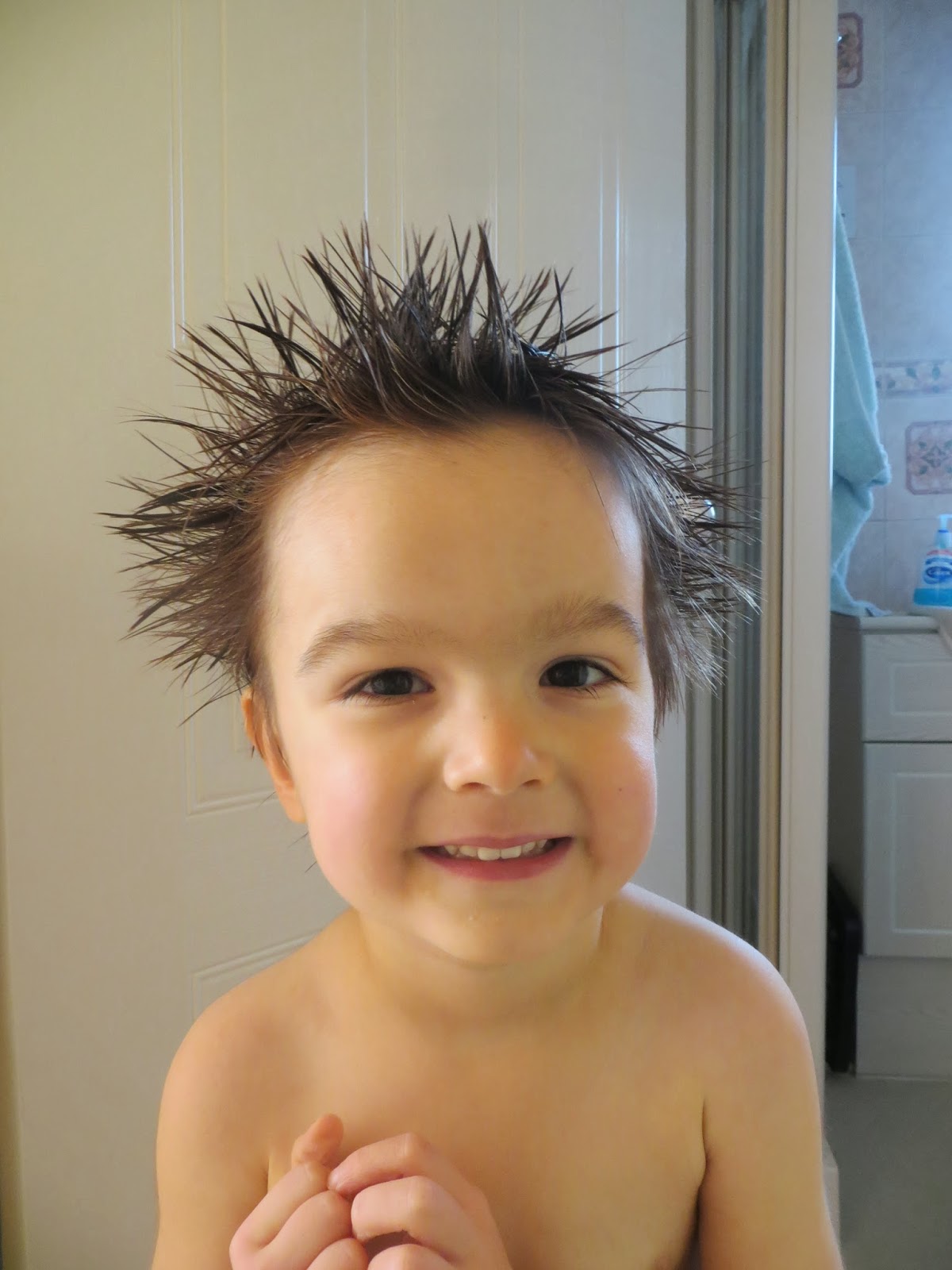 - went from two mornings to five mornings at pre-school without even seeming to notice, and barely remembers to say goodbye before he's off to the toys.

- had his first real sick days (poor baby) with some kind of cold / ear infection.  He wasn't himself for three days, and then woke up on the fourth as if he'd never been ill (and he'd only had one spoonful of the antibiotics - magic medicine!) 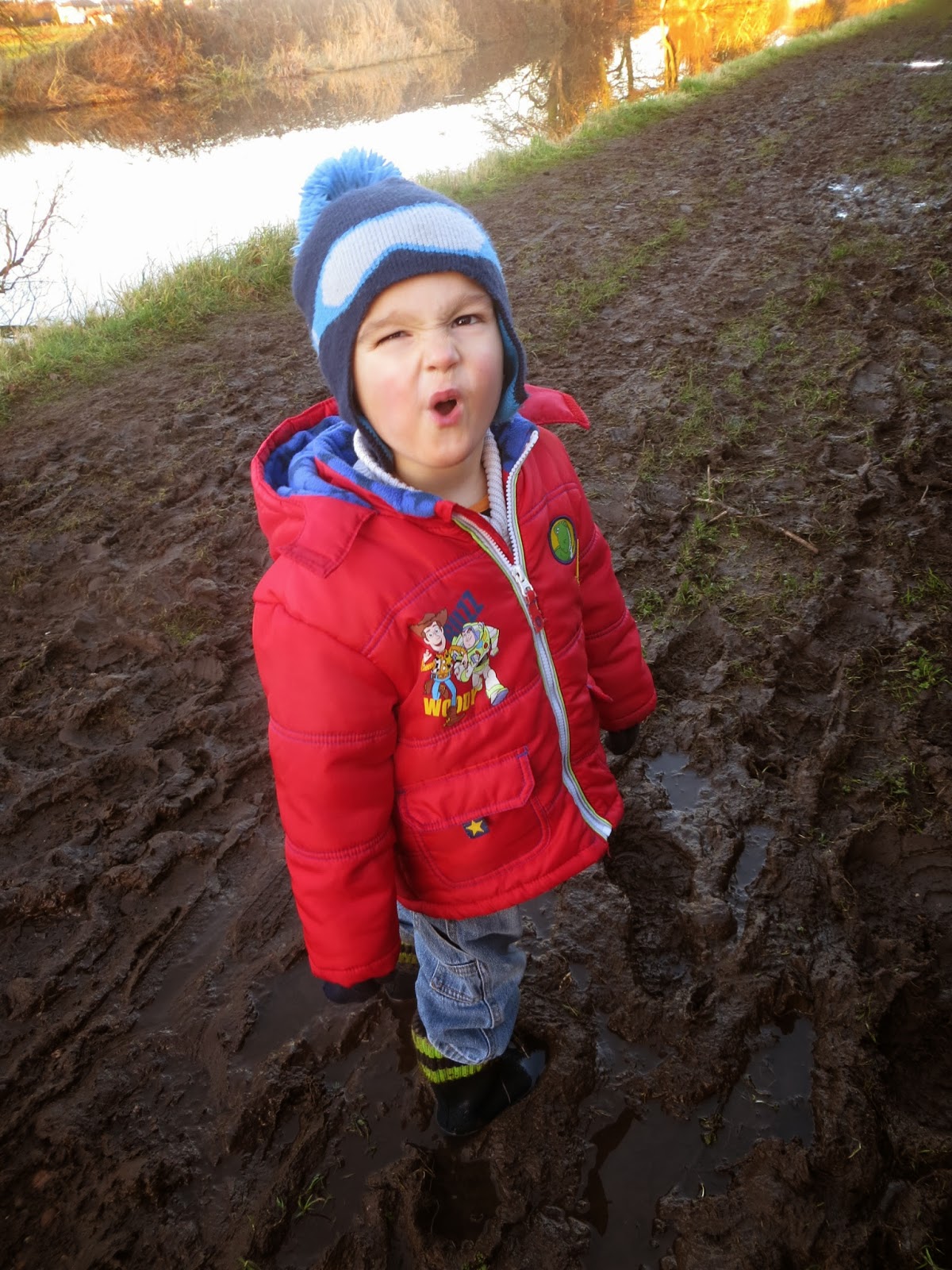 - asks how baby brother is doing, and when he is "popping out".

- flew a kite for the first time - and let go, necessitating a rescue mission from a neighbour's garden.  Lesson learned to tie it to something other than Toby! 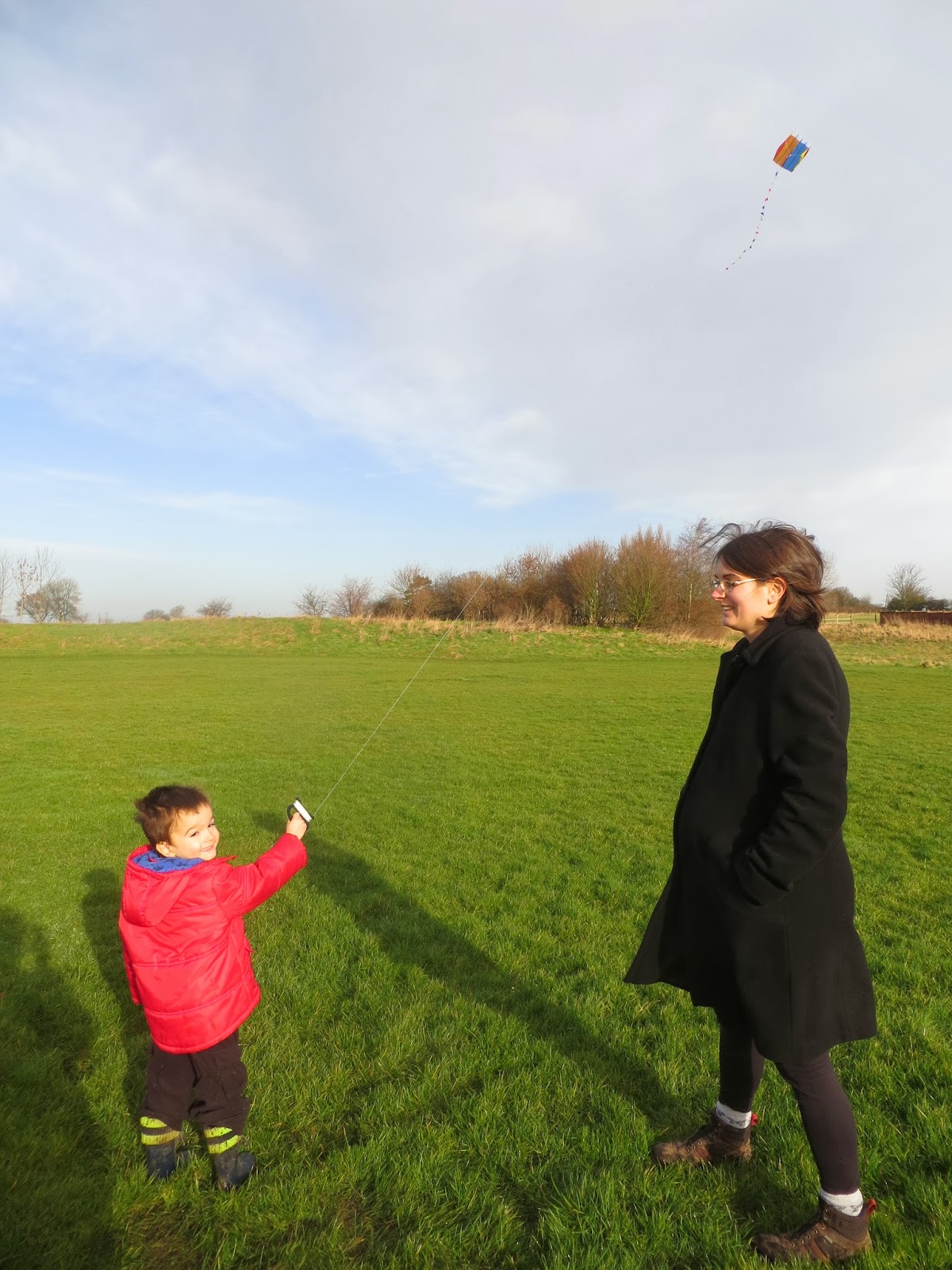 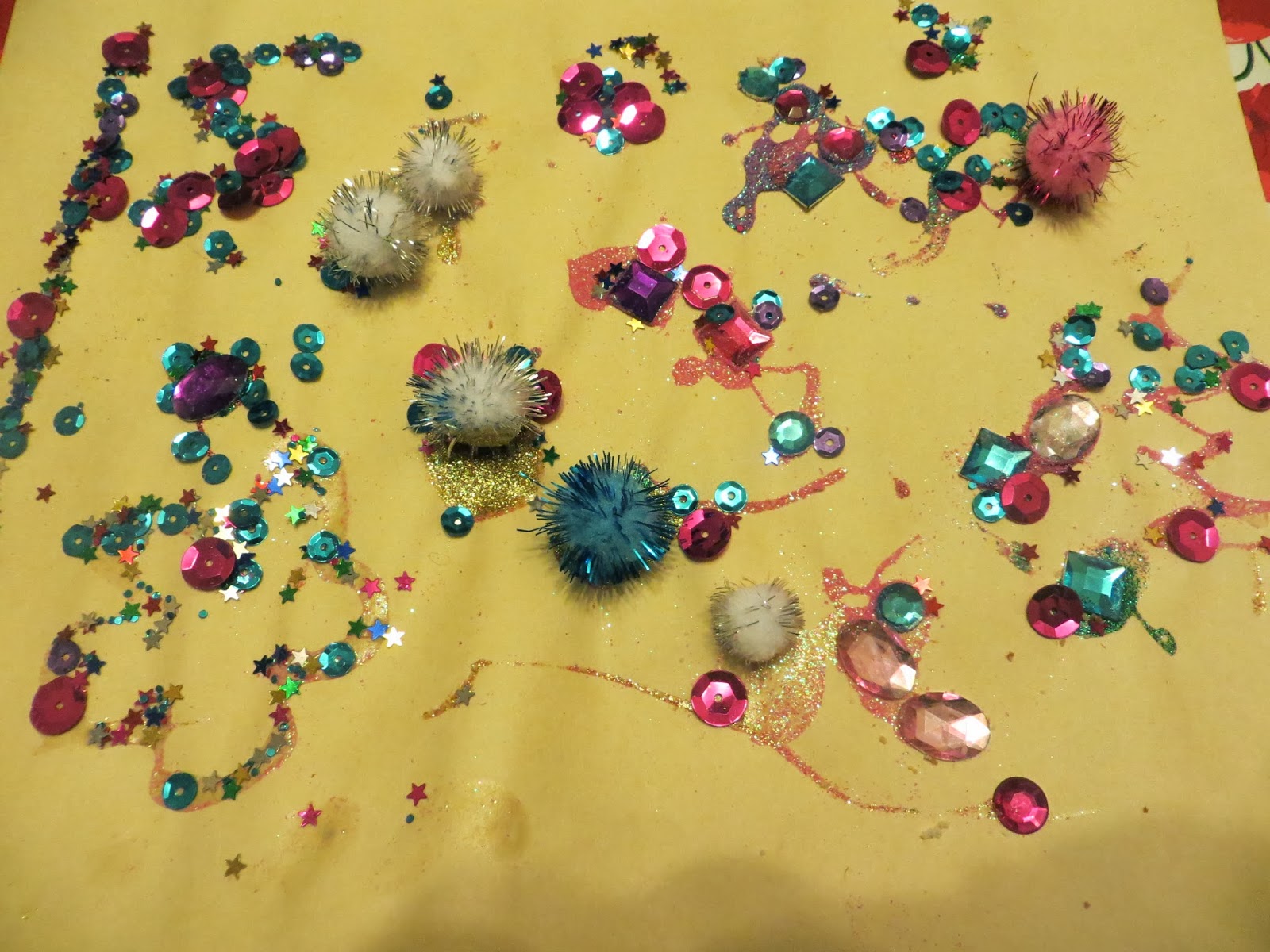 - chooses his own clothes every morning. 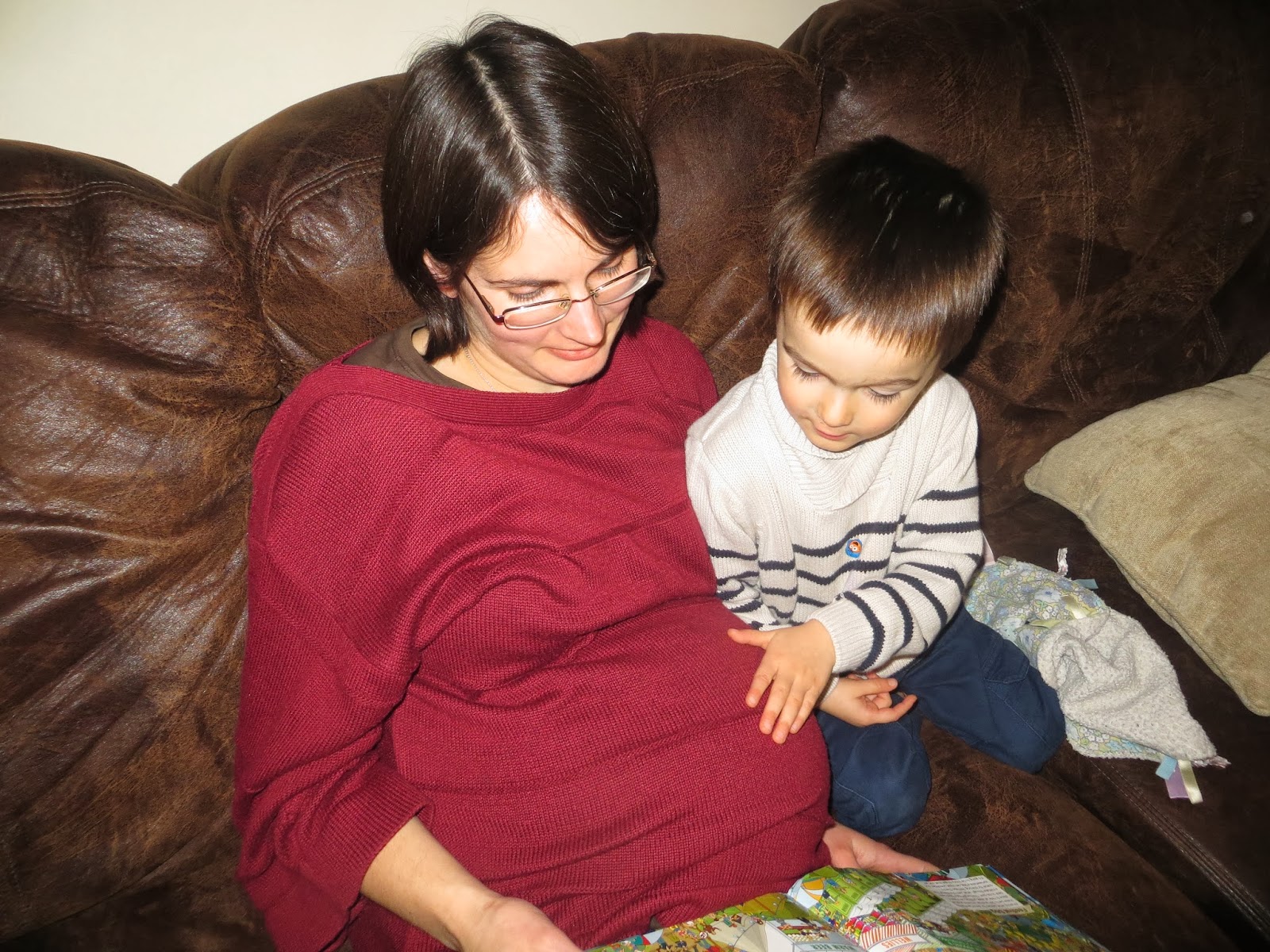 - is still a bump!  He is officially to term now (due date 11 February)

- has been scanned a couple of times in January to confirm he's head down and not growing too fast - both tests he passed with ease.

Thankful for:
- a date night drinking smoothies on a sofa at the Book Cafe, thanks to my lovely friend Jane who offered to babysit.

- time to get the house organised before the baby turns up!

Spinach and courgette frittata (adapted from The Recipe Scrapbook )
Easy, tasty and quick.

Heat oil in a frying pan and fry the onion and courgette until golden.  Add the garlic and cook for another minute, then add the spinach and cook until wilted and some of the moisture has evaporated.

Beat together the eggs and milk.  Season with salt and pepper, and stir in the oregano and half the cheese.  Pour over the vegetables and cook over a fairly gentle heat until mostly set.  Sprinkle over the rest of the cheese and finish under a hot grill (broiler) to set the top.