Being different (a queer Bible story)

Here is a man. He's always known he's different. It's the kind of difference that, when people find out about it, they ask questions like, "What went wrong? Was it his upbringing? Or something faulty in his brain?" He often asks himself the same questions. In the endless hours of the night, he wonders what could have been changed, or what could still be changed, to alter who he is. 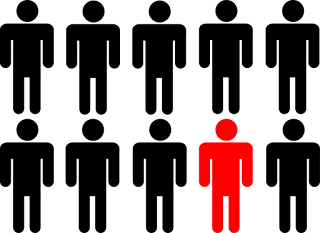 One day this man meets someone who says a startling thing: that this difference is not something wrong inside of him. He doesn't need to alter who he is in order for God to work in his life. They say this in such a way that the man actually starts to believe it. They enact a simple ceremony - a little mud to dirty him, a gentle touch, a wash in a pond to make him clean - which fixes this belief in his soul. His difference is no longer a sign that he is broken. It is a sign that he is whole.

His community quickly notice the change in him. For the first time, he starts to feel like he belongs. He even feels like he might be acceptable to God, so he plucks up courage to step into a church. Maybe here he will be welcomed, too.

But he quickly finds that the people in the church cannot fit him into their categories. They keep asking questions. How exactly did this change happen? Weren't there any prayers? Was he sure this person was a true believer? They are constantly suspicious, not ready to accept him as one of themselves.

Nobody wants to hear the obvious thing, that he tells them over and over again. He had thought he was broken, but this person had made him whole. Wasn't that the point of their religion?

He doesn't have time or energy for their games. He sticks with it for a while, explaining his experience to anyone who asks. But finally he tells them that if they can't see a miracle when it's right under their noses, there's no hope for them. And they tell him that he was a sinner from birth and they are a Biblical church and how does he dare assume he knows better than them.

So he leaves. Or they throw him out. Whatever.

But strangely, as soon as he steps outside the church, he meets this person again. This time, they introduce themselves. They talk about the way of humility, of being on the outside and loving those who don't fit into the systems. He nods. He knows how that feels. When they say, "Will you join me?" his reply is, "Of course."

He finds those who have been thrown out by their families, made to feel worthless, beaten up on the street. This person is right there by his side, sitting with the pain, listening as he tells people, "You are not broken. You are whole."

Sometimes, he walks past a church and wonders about the people inside. The ones who were so sure they were right. Do they still think the same way? Can they change?

At his shoulder, this person says, "Some of them do change, you know. If they realise they are broken, I can help them, just like I did for you. But sadly, when they insist there is nothing wrong, there's little I can do."

They look sorrowful for a moment, then smile at the man. "But that's OK," they say, "That's why I mostly stay out here with you." 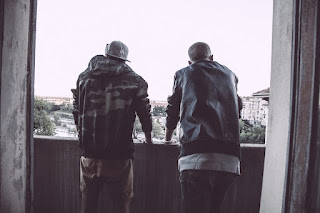 The above is a retelling of John's gospel, chapter 9, which is a subversive story if ever there was one.  In it, Jesus heals a man born blind - but he does this healing not just outside the religious establishment, but in open antagonism to it. The blind man's new sight is contrasted to the blindness of the Pharisees, who struggle to accept both the man and Jesus himself. The mirror is firmly twisted around to those of us inside the religious establishment: "And what do you see?"

What I saw was the parallels in this story with the queer experience of faith. The man who was told he was sinful because of who he was. The way his knowledge of God was constantly being challenged. His journey of faith, marked by mostly being on the outside. The themes of seeing and being seen. And the possibility of transformation and acceptance through Jesus.

Those sentences sum up not only John 9, but the Queer Lent reflections I have read so far. The overlap is astonishing - and once you have seen, you can't un-see.

But is seeing enough, if I don't do things differently? I can write these things, but can I live them?

I don't know. I write, and I hope that lifts the blindness enough to see the next step in the journey. I hope at least not to be the person saying, "Surely I'm not blind!" but instead, to be able to say, "I was blind. Now I see."