January 30, 2020
One of the things that characterised 2019 for me was the feeling that I was suddenly hearing from a lot of viewpoints that I'd never heard before.   I realised that most of the people I know are a lot like me, and that other people have a very different way of seeing the world.

Put like that, it seems dumb not to have realised that before.  But most of these books have been published in the last 4 years (Americanah is oldest, from 2013), so maybe, too, these are voices that just wouldn't have been heard, and experiences that wouldn't have been talked about, a decade or more ago.

I feel like these books have made me think more about prejudice, identity, and my assumptions about them.  But more than that, they've taken me to new places and helped me to see the world through different eyes.  And that's what books, at their best, are there for.

Brit(ish): On Race, Identity and Belonging by Afua Hirsch 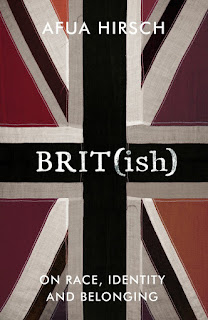 Afua Hirsch was born in the same year as I was, and grew up barely 30 miles from my home.  Like me, she had family links to another country outside of Britain, and spent some time in that country.  But unlike me, the colour of her skin has meant that she has spent her whole life having her Britishness questioned.

The similarities we share made the differences all the more startling.  This is a life where hairdressers don't know what to do with your hair, fellow delegates at a conference assume that you are a waitress, and your sister's baby is described as "like a little gangster" - all in the same kind of environment that I am familiar with, but where, as a white person, I was utterly oblivious to these challenges.

The details from Afua Hirsch's own experience are backed up by references to wider research about race in Britain, and all of it is eye-opening, informative and engaging.

Good as You: From Prejudice to Pride - 30 Years of Gay Britain by Paul Flynn 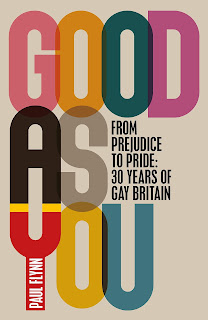 This is another book which had a personal resonance; the 30 years in the title correspond very closely to the first 30 years of my life.  But once again, those 30 years are looked at very differently from the way that I saw them.

How does it affect your life when "people like you" are represented only negatively, or not at all?  When you have no role models for a settled, loving relationship?  And how do things change when, gradually, you see singers, TV characters, and film actors who share your own feelings and experiences?

I never had to ask myself those kind of questions, but many people did, over those 30 years, and this book explores some of the answers. 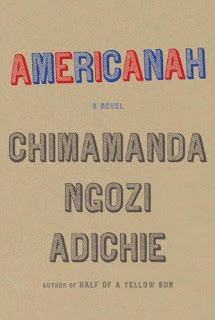 I'd already read Chimamanda Ngozi Adichie's moving novel about the Nigerian civil war, Half of a Yellow Sun, so I knew the quality of her writing when I picked this one up.

Ifemelu, a Nigerian girl, moves to America, and discovers that in America, her nationality is irrelevant: she is black.  And being black comes with a whole host of expectations about what she can say, how she can say it, how she should behave, how people will behave to her.  She writes an anonymous blog about race, to much acclaim, but then, when she moves back to Nigeria, has to reconsider her experiences and identity yet again.

This is a powerful story dealing with some big themes.  In some ways it covers similar ground to Brit(ish), but from a fictional perspective.  Like Afua, Ifemelu moves between countries and finds that she is labelled differently in each one, and doesn't fit completely in either.

Al-Britannia, My Country: A Journey through Muslim Britain by James Fergusson 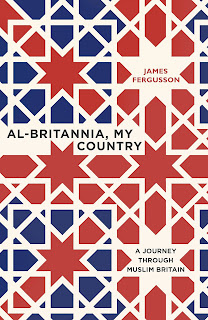 Unlike the other books here, this is written by an outsider to the community he is writing about.  But James Fergusson is clearly sympathetic to and genuinely interested in the faith and lives of Muslims in Britain.  He - and I - see a country we hardly knew existed, as he visits Muslim schools, mosques, and even cage fighting events in Birmingham, Bradford and Leicester.  He brings out the humanity and community behind the shock headlines of radicalisation and riots, and asks questions about the role of faith in society, and what it means to be British.

Here is yet another layer to the Britain that I think I know - once again, a strikingly different experience but with surprising similarities.  Like churches, mosques are struggling to hold out much appeal for the younger generation.  Muslims, like Christians, are dealing with the complexities of holding a faith in an increasingly secular country, with the added pressure that Islamic religious fundamentalism is often equated with radicalisation, and legislated against.

James Fergusson finishes his book by undertaking the Ramadan fast - not as a statement of belief, but more as a kind of homage to the Muslim faith.  One thing that really stood out was the way that this changed his relationship with his Muslim neighbour.  Before, they had barely spoken, despite living next door for several years, but as soon as the man found out that Fergusson was also keeping Ramadan, he invited him over, and brought him meals several times.  The shared experience created a bond that might not have formed any other way. 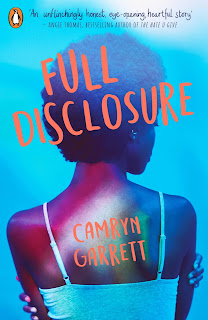 Simone is a teenager who's HIV-positive, black, has gay parents, and is directing a student production of Rent at her Catholic school, while dealing with someone who is threatening to make her HIV status public.  All that sounds like it should be far too much to fit into one book, never mind one character.  But Simone manages to be real, likeable, brave and fun - much more than just a way to challenge stereotypes.

Admittedly, this book is not for the faint-hearted, especially if you have children coming up to the teenage years.  Simone and her friends are definitely not shy about sex, even if they get pretty embarrassed when their parents try to talk to them about it.  If Judy Blume was straightforward, Camryn Garrett takes it to another level - but she manages to keep a good dose of humour in there, as well.

Like the other books, this deals with questions about coping when you are rejected or stereotyped based on who you are - both the parts that you can hide, and the parts you can't.

Have you read any of these books?  What did you think?