All my writing is talking

January 16, 2018
I would not describe myself as a gifted public speaker.  Watching the 2017 Great British Bake Off, I empathised most with Steven, who went brick red at the slightest opportunity.  Me too, Steven, me too.  I prefer beavering away behind the scenes to bounding on to stage, and I have yet to master the art of the dramatic pause.

Despite that, I somehow ended up delivering several talks during the autumn term.  Writing talks is a slightly different thing to crafting stories or blog posts, but it's all words.  So that's where my writing efforts have gone, these last few months.

The first was a cake decorating demonstration for a social group called Choices.  They have a different speaker at each meeting, and the lady who organises it had asked me months ago if I could explain the art of icing cakes.  I started off with a brief chat about the different types of icing and what you can do with them - which was a chance to show lots of photos of my creations - then got out a real live cake. 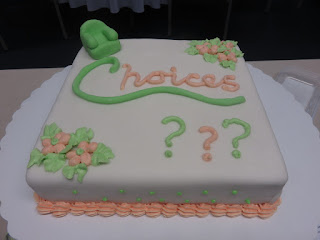 I'd never decorated a cake in front of an audience before, and wondered if my hands would be steady enough to pipe a straight line!  But the demonstration went well and was watched with keen interest, as far as I could tell.  My favourite comment afterwards was, "Your talk must have been good because S didn't go out for a smoke - and he always has a cigarette in the middle of the talk!"  It's an odd compliment, but I'll take it.

The next opportunity was a Sunday morning slot at my "other church" about the cafe I am now managing there.  I'd been formally welcomed the previous month, but there hadn't been much of a chance to explain who I was and what I was doing there.  So I gave them a potted history of my catering career to date (starting with a chemistry degree, I explained, is not the recommended method!) and talked about a few changes that I'd made in the cafe so far.  I finished off with a short reflection on 1 Peter 4:


Practise hospitality ungrudgingly... that in everything God may be glorified.

It's pretty amazing to me that one of the things which glorifies God is simply this: practising hospitality.  But it's more than just inviting someone in for a cup of tea.  It's sharing all the gifts that the church has been given, not hanging on to them for ourselves.

There's that wonderful word "ungrudgingly" in there.  Ungrudgingly is hard.  Ungrudgingly means not getting upset when people make a mess of our clean building.  Or complain about something.  Or even come in just when we thought we could finally sit down for lunch ourselves!

That's why we need God's love, to cover sins, and God's words in our mouths and God's strength which he supplies.

Finally, I somehow talked myself into creating a nativity scene for the playgroup I help to run on Mondays, along with a short talk at the end of each session.  I tell you, if ever someone suggests you talk to a group of preschoolers, just don't.  Either they don't react at all to your cheerful questions and colourful pictures.  Or they have to tell you, right now and at great length, about something only vaguely relevant to what you've just said.  Meanwhile the mums are sitting there hoping you'll start Wheels on the Bus soon. 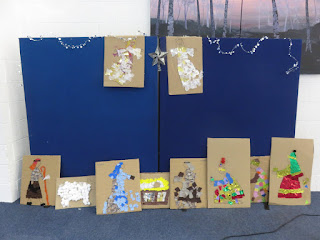 I have no idea whether anyone got anything out of my little talks about the Christmas story.  But we decorated the nativity characters every week, and they looked fantastic!  Either we have some very neat three-year-olds or the parents got more into it than the kids did. 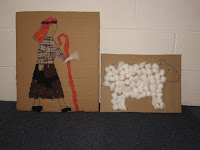 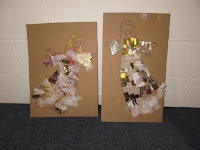 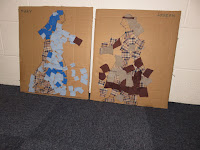 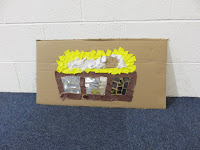 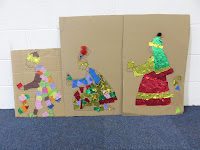 My new career as a public speaker is seemingly not over yet: I've signed up to present a beginners' guide to blogging at the writing group I go to, in June.  That's one good incentive to actually do some blogging over the next few months, though!  And I'll keep practising my pauses.

That's all for tonight, folks!