April 01, 2017
We've had some lovely warm sunny days (interspersed with hail and rain!) and the clocks have changed, so it's feeling like spring.  We seized the chance to attempt a "proper" walk on a beautiful cloudless Sunday, and successfully ascended Win Hill in the Peak District.  It was a lovely climb up through woods by a little stream.  We had a grand panorama to eat our lunch by, and a ramble along little lanes and through fields to return to the car. 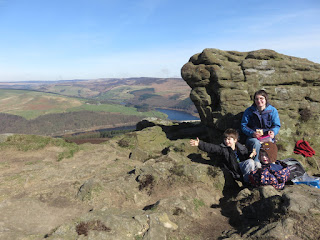 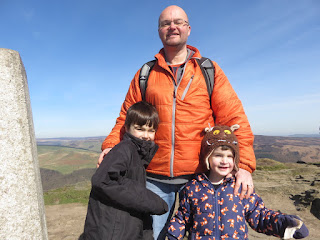 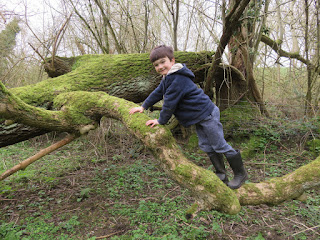 - lost his first two teeth!  Actually he went to the dentist and she said, "get those wobbly ones out", so they weren't so much lost as well and truly yanked. 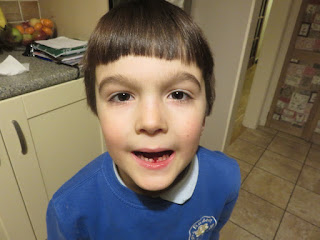 - finally got Charlie and the Chocolate Factory from the library, and devoured it.

- bounded up Win Hill ahead of us all.  He still had energy left at the end! 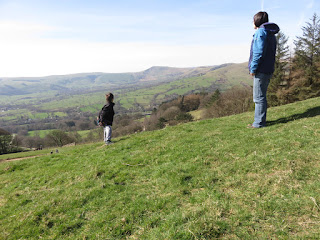 - was proud of his rocket booster for a "Bling a Bottle" project at school. 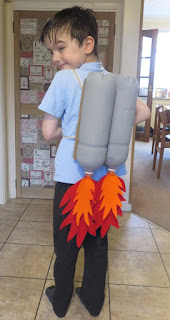 - has had a story he wrote at school highly commended.  His teacher showed it to the headteacher and the Year 6 class! 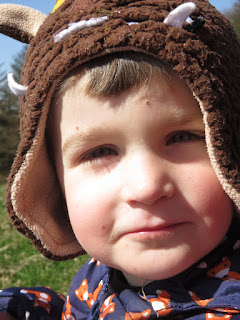 - got the chickenpox.  It seems like every kid in the village has had it, so it was hardly a surprise.  Fortunately he only had a couple of days of being properly miserable. 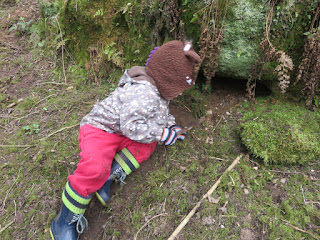 - loves a book called Chocolate Mousse for Greedy Goose, and can recite it (complete with funny voices).

- made it round the whole of the Win Hill walk with no complaints.  Fortunately the last bit was muddy which got him excited again (although you should have seen both boys' shoes...) 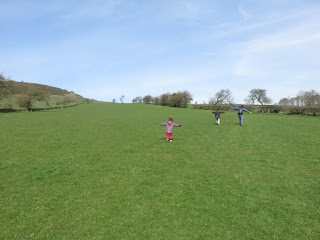 - now that the weather's warmer, is rocking the hat, mittens and T-shirt look.


- our boiler managing to break on the warmest days of the year so far!  It was an issue we've had before, so a quick fix - for now, anyway. 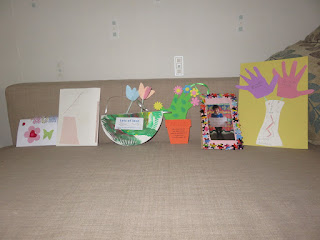 - lovely cards and presents from my boys on Mother's Day.


Recipe of the Month: Fish in tomato sauce 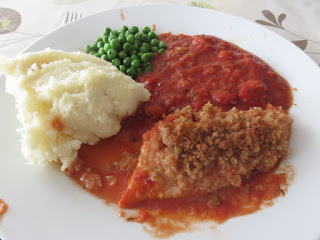 I'm rather enjoying Alex Mackay's Cookbook for Everybody Everyday - a library find that I may have to pay actual money for at some point.  This is a much-simplified version of a recipe which you are supposed to make with a home-made tomato compote.  That'll be a jar of pasta sauce then.  Plus, when I assured the boys that yes, it was exactly the same stuff which I put on their pasta, they were much more motivated to eat it.  It's a doddle to make and you can even leave the breadcrumbs off if you want to make it easier (or gluten-free).

Preheat the oven to 180C.  Get a baking dish big enough to hold all your fish fillets in a layer.  Tip the jar of pasta sauce into it, and spread it out evenly.  Put the fish on top.

In a small frying pan, melt the butter and then stir in the breadcrumbs.  Keep stirring till they're just golden.  Spoon them on top of the fish, trying to keep them mostly out of the sauce (that just makes them go soggy).  Put the dish in the oven for about 30-35 minutes for frozen fish, maybe 15 for fresh.

We ate ours with mashed potato and peas.