December 21, 2016
Well, I know it's not the end of December yet, but I thought we'd have a whole bunch more photos once we'd got through Christmas.  So here's the rest of the month (also quite Christmassy). 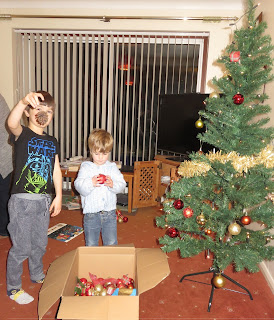 - has been really struggling with illness, poor boy.  He's had several occurrences of being sick in the night, plus hives and swollen eyes, plus a cold.

- was pleased to meet Marshall and Chase from the Paw Patrol at Markeaton Park. 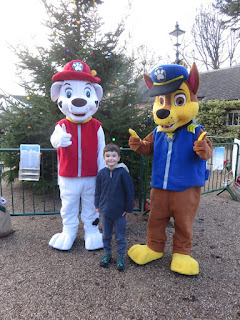 - enjoyed a Christmas-themed Inspire Day at school - I got to go and do lots of crafts with him for a morning.

- managed not to eat all the sweets before making a christingle with them. 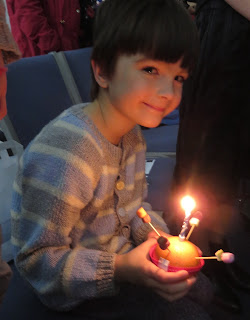 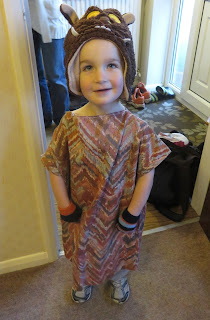 - was a sleepy shepherd in his first pre-school nativity. 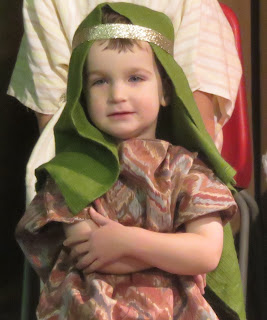 - describes anything he likes as "so beautiful".

- carefully hung as many baubles as possible on the bottom branches of the tree. 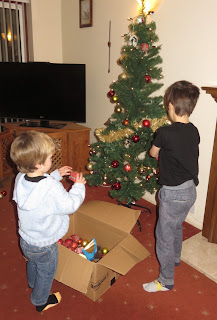 - can tell you all the names of the Paw Patrol characters, but was not so sure about having his photo taken with them!

- a lovely time at the Radio Derby carol concert, which I went to at Graham's suggestion (my husband has some of the best ideas).

- celebrating my friend Vivian's birthday with some delicious Indian food.  We went to the restaurant at 5:30pm which was brilliant - even after a leisurely meal I was still home before bedtime!

- both boys behaving perfectly at the barbers, resulting in some very smart haircuts. 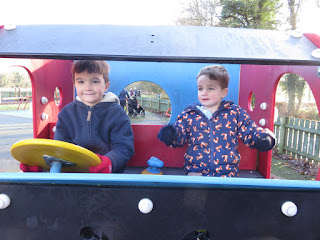 Recipe of the Month:  Marzipan Cake


This is from a Nigella Lawson recipe which is very handy for using up leftover marzipan, should such a thing ever occur in your household.  The original recipe uses six eggs, which seems extravagant unless you're also trying to use up lots of eggs, so this time around I thought I'd try four instead.  It turned into one of those times when nothing is quite correct -  not enough butter, the last few drops in the almond essence bottle - but it still worked.  So much for all that stuff about baking being super-scientific.  Nigella's recipe is here (with a pretty picture); this is my adapted version.

Chop the butter and marzipan into rough cubes.  Put in a food processor with the sugar and whizz until fairly smooth.  Add the eggs a couple at a time, blending between each addition, then put the flour and baking powder in and whizz one more time.  Pour into a greased 25cm Springform ring pan, or similar-sized round cake tin.  Bake at 170C for about 45 minutes or until firm.  Leave to get fairly cool in the tin.  It usually takes some gentle persuasion to come off the ring, if that's what you've used, but it should get there eventually.

John Evens said…
Funnily enough I'm always trying to use up eggs! Rarely have unconsumed marzipan in the house though.
21 December 2016 at 12:14

Rebecca said…
Ah thanks for this much needed recipe. I haven't had a chance to make a Christmas cake so this might be a last minute Christmas cake.
22 December 2016 at 11:04