November 03, 2016
It's been feeling more and more autumnal, with chilly mornings and drifts of yellow leaves underfoot.  We celebrated Toby's birthday (and several of his friends' birthdays - it's been party season!).  The whole of his school somehow squeezed into our small village church for harvest festival, and we've been collecting conkers, sweet chestnuts, apples and quinces.  Theo is still chatting away and trying to help with everything, sometimes more successfully than others!  And we welcomed all the grandparents for what seems to be becoming the traditional joint October half term visit. 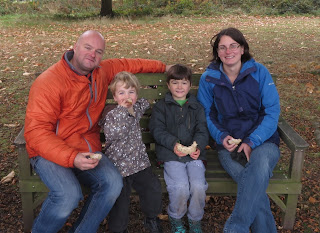 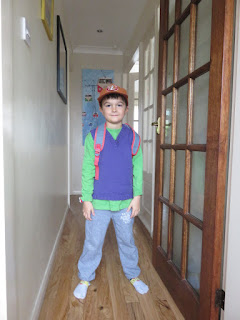 - celebrated his 6th birthday with a long-awaited party at Jangala soft play.  He's been asking for his party to be there since June at least! 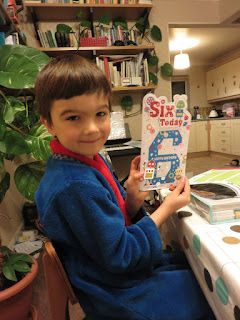 - really enjoyed the Winnie-the-Pooh books for bedtime stories, and we've now moved on to a Paddington omnibus.  After that I'm thinking Charlie and the Chocolate Factory, perhaps. 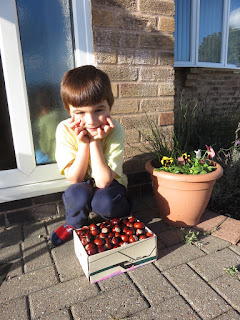 - kept asking to go rock climbing, so we went to High Tor near Matlock Bath.  The interesting bits were all fenced off, but it was still a nice walk. 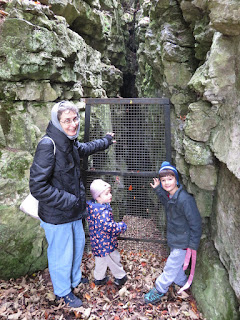 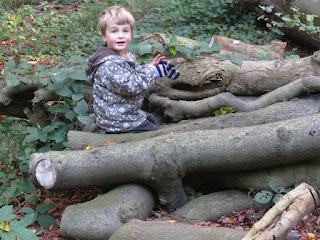 - walked almost all the way around the High Tor loop we did.  We didn't even take the pushchair, and we were so proud of how well he did.

- is obsessed with a game called Shopping List, and will happily play it six times a day.

- likes the playdough at preschool.

- has picked up the phrase, "Dat's dust howwible!" 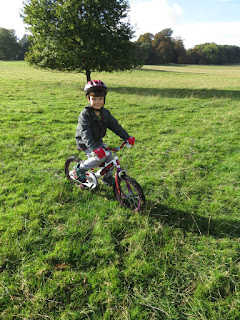 - in keeping with the harvest theme: good food and plenty of it.

Recipe of the Month: all those cakes

I've already posted recipes for cakes and more cakes this month, and I don't seem to have taken photos of anything else, so that will have to do.

The quinces I mentioned earlier were a freebie from Graham's work; I tried poaching some but put too many cloves in, so they tasted very clove-y and were a bit overcooked.  They are hard work to cut up too!  But it was interesting to try a traditional but unusual fruit.