November 29, 2016
Well, we've had sicknesses and successes, soups and stews, sunshine and sn...frost.  I've been doing lots more writing and trying to figure out how to get people to give me money for it.

And we went mining.  Actually, this photo is us in an old lime kiln, on a suitably atmospheric camera setting. 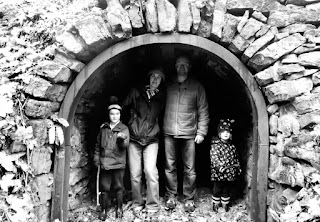 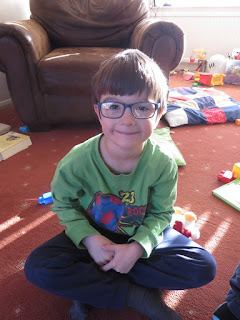 - got some glasses!  Unusually for our family, he isn't short-sighted, but has some astigmatism.  Children's glasses have got much more trendy since I had them; he has Star Wars and Minions.

- won first prize in his class for the Children in Need bake off at school.

- has been trying to teach me "ninja" moves, which is quite fun.

- got the sick bug which has been going around, and has been off school for a few days. 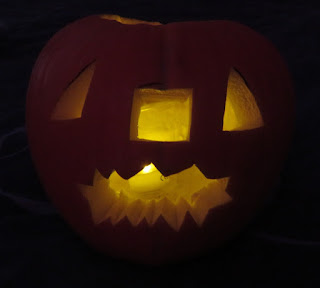 - designed a (belated) jack o'lantern and a table centrepiece for Thanksgiving.


- decided to go to preschool happily after half term.

- has twice gone to sleep on the landing instead of in his bed.

- did not like fireworks at all - far too noisy!


- free/cheap food!  I have had bags of free apples to stew, and got two pumpkins for 50p each, which provided pumpkin pie for Thanksgiving.

- a visit from Auntie Colette, who brought the boys matching Star Wars T-shirts. 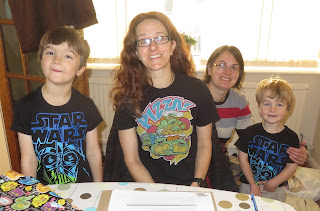 Recipe of the Month: Minestrone soup 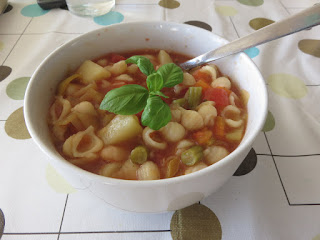 I've never made minestrone soup before, but it's a good chunky comforting type of soup.  I cut down the original recipe a bit but it still made lots; you could probably get 8 servings out of it.  I froze some in portions, as soup is a nice thing to pull out of the freezer for lunch when it's cold outside.