May 06, 2016
Very occasionally, we plan to have a barbeque.  Much more often, we look out the window about 3pm and decide the weather's right for one.  So sometimes the food available includes traditional barbeque staples such as sausages and burgers, and sometimes it includes... well, parsnips. 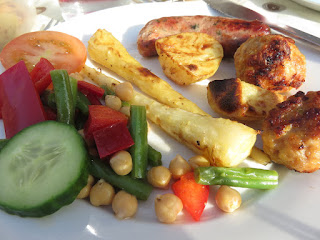 Partly this is due to my dislike of eating too much meat, even when grilled outside.  But once those coals are glowing it's a shame just to cook half a dozen sausages.  Chunks of potato work well, courgettes are some of my favourites, tandoori vegetables were deemed too exotic, mushrooms are pretty good.  Really, anything you would put in a roasting tin, you can put on a barbeque.  But until now, I had never barbequed a parsnip.

These were fairly small ones, so they just got peeled, topped and tailed, and parboiled.  Shake them up with a little oil and seasoning, and they're good to go.  I'm not sure about putting them in a bun with ketchup, but as a side with the sausages and meatballs I dug out of the freezer, they worked very well.  Theo ate his clutched in a fist, like Bugs Bunny munching a carrot. 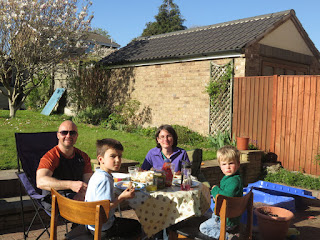 On the barbeque note, I must recommend these GIANT marshmallows if you can find any near you.  Aside from being three times the size of the usual kind (gotta be good!) they toast to a really nice consistency, kind of fluffy instead of just gooey.  I can mess with the main course as much as I like, but I daren't mess with the marshmallows for dessert. 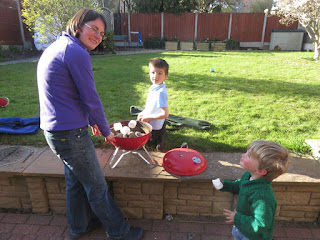 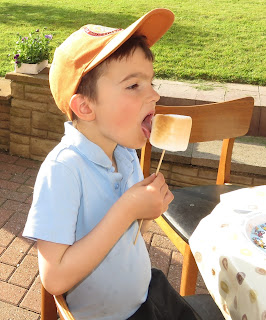 Hmmm... barbequed parsnips on sticks, anyone?