August 09, 2015
I got this book out of the library in preparation for the summer holidays.  Of course, Toby being Toby, he instantly pounced on it and wanted to do every activity right that minute.  So we found a few that we had supplies for... 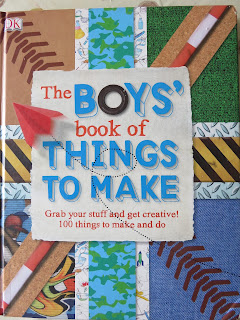 1) Milk planets!  Of all the bizarre things... but it was cheap and easy and actually worked pretty well.  The idea is simply that you swirl drops of food colouring in a jam-jar lid of milk to create a planet-like effect.  I think liquid food colouring would have worked better than gel, but we got some rather nice marbling. 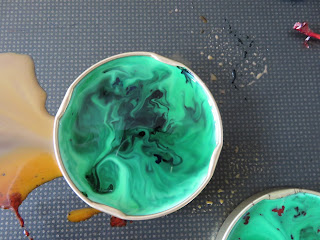 It also showed me how far Toby's concentration has come: a year ago he would have swished a few around and gone on to something else, but this time he spent a while on it and asked for more to do. 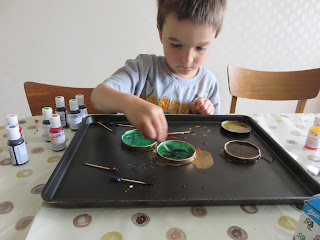 2) Gunge!  Cornflour (cornstarch) plus water equals shear thickening (ie it gets stiffer when you stir it) plus general gorgeous gloop.  An outside activity for sure. 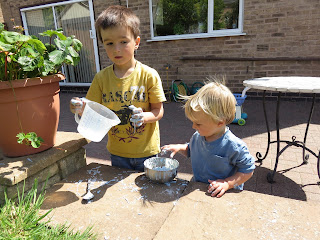 3) Milkshakes!  Finally, a food activity he could actually eat!  We made more of a smoothie than a milkshake, but it went down well.  Peach and chocolate if I remember correctly. 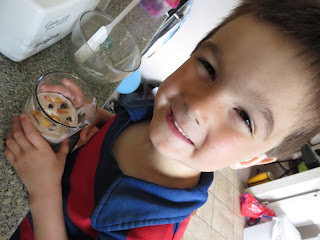 4) Balloon racing car!  I had grave doubts as to whether this would do anything at all.  The whole setup sounded pretty flimsy - straws, wooden sticks, balloons, all attached to a plastic bottle.  Surprisingly, it did actually go!  The wheels were the weak point; thicker card would have been useful. 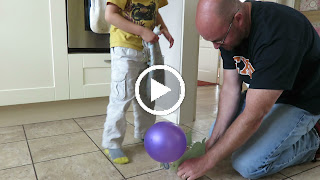 And a few things he made up himself: This is a junk model ferry. 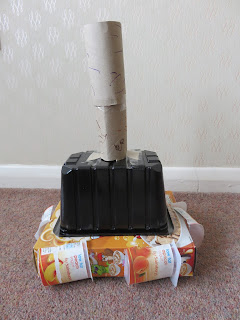 And this is a new stamp pad he got with his winnings from the bake off. 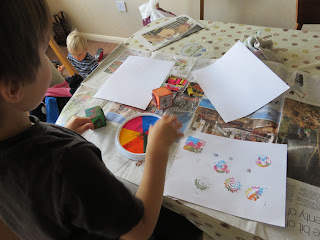 We have embarked upon a third season of toddler themes for the summer, albeit in a rather half-hearted manner.  Still, even if it fulfils the demand for one or two craft activities a week, it's worth doing (the boy is all about the craft activities at the moment, I can tell you!)