March 05, 2015
Seven things that you may or may not find interesting.  But first, a picture. 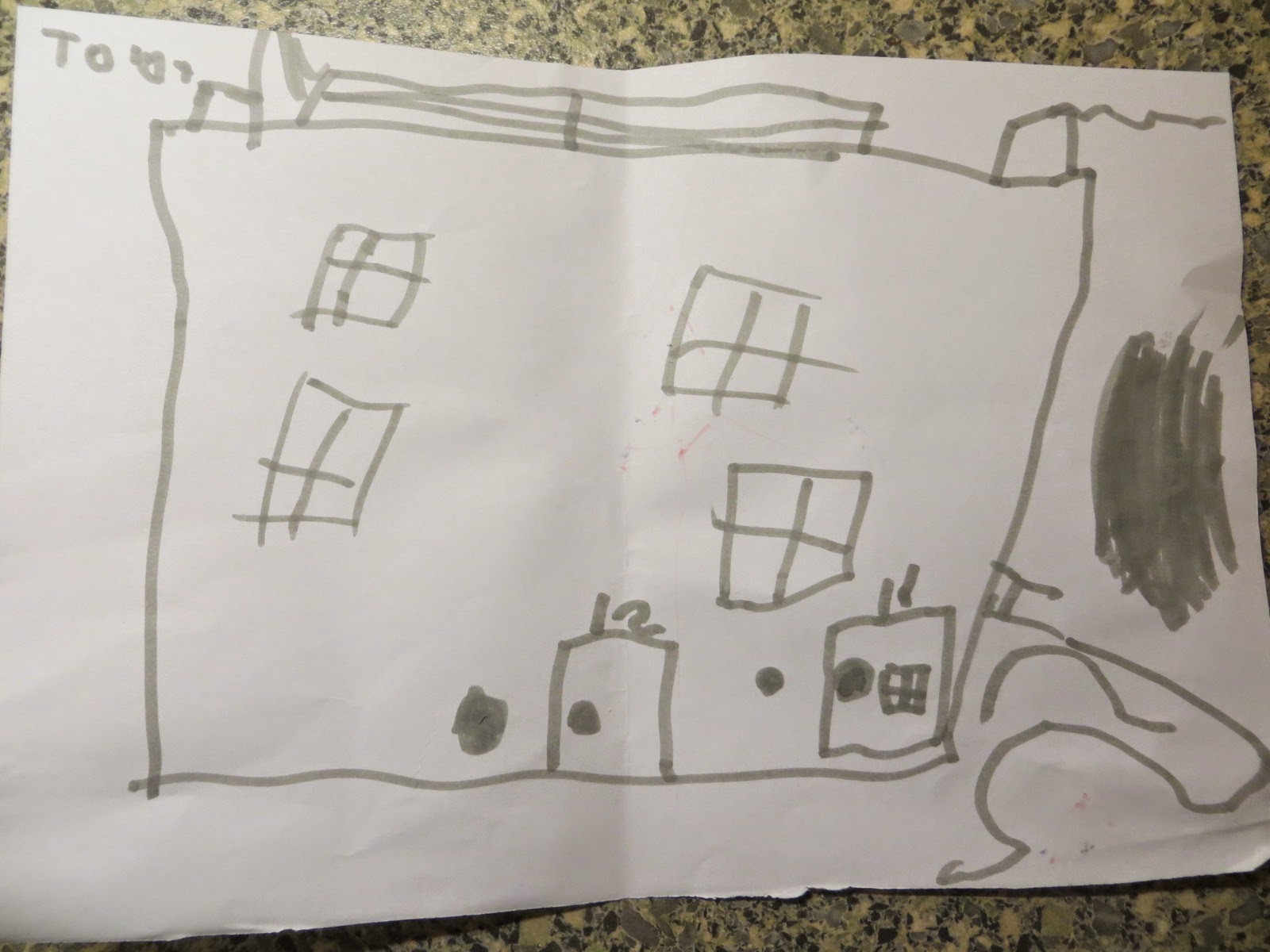 Weekend Cottage 2 by Toby White.  Note the numbers above the doors, the chimney (and are those solar panels?) on the roof, and on the right, a tap with hose attached.  All his houses include this feature.

1.  I have six growbags in the back of my car.  This is the cheap and cheerful approach to starting a vegetable garden.  Once the frost has finished, the plan is to fill them with courgettes, spring onions, rocket, green beans and tomatoes.  Out of all those, tomatoes are the only ones I have grown before, but apparently they are all easy to cultivate.

And yes, I will take the growbags out of my car first.  Unless the weather is so bad that I need an impromptu greenhouse solution, in which case mine's the vehicle with green beans hanging out the window.

2.  Toby at dinner tonight: "I've tried the fishcakes and they're not good.  And I have nothing to dip in my ketchup.  So... I'll just have a bacon sandwich."

So I'm running a restaurant now?

(Since he actually did try the fishcakes twice, we compromised with a tuna sandwich, as long as he ate his peas.)

4. My latest recipe trial was peanut butter and orange cookies.  I don't think I'll be sharing that one with you.  They're OK, but as I said to Graham, they lacked something.  He responded, "What, flavour?"  Oh, that'd be it.


5. Things that Theo likes doing that we don't like him doing, in order of disgustingness:
- headbutting his reflection in the mirror
- investigating the kitchen bin
- peering into the toilet

6. Things that Theo likes doing that we don't like him doing, but are preferable to those other things so we let him do them anyway:
- rearranging our carefully ordered boxes of CDs
- emptying all the plastic boxes out of the kitchen cupboard
- pressing all the buttons on the TV remote

7. I just found out that we will be able to see a 90% solar eclipse on the 20th of March!  Weather permitting, of course (please please please let it be clear.)  Googling "UK solar eclipse 2015" brings up several links to local newspapers, and I was amused to see that the one for my place of birth carried the heading, "Reading, Bracknell and Wokingham are set to be plunged into gloom on Friday, March 20."  Meanwhile, the rest of the country will be enjoying a spectacular astronomical event.