January 29, 2015
It's been a quiet kind of month.  Lots of cold weather has meant lots of board games and Wii sports, and only short excursions outside.  And lots of boys waking up lots of nights has meant lots of sleepy parents who go to bed early too!

- has suddenly got really good at bowling on the Wii.

- likes me to write him his own shopping list when we go to the supermarket.

- is now doing one full day at preschool, instead of just mornings.  He makes sure I've made a good packed lunch for him!

- wrote a birthday card for his friend all by himself (with advice on the spelling).

At Sunday School the leader asked, "Does anyone remember what 'refuge' meant, from last week?"  Toby, jumping up and down and just about to burst: "It means a safe place!!!"

Tonight, looking out at the snow: "There's much more less snow than last time."

- just in the last week, has suddenly gone mobile!  It's a combination of scooting and crawling and cruising and pulling up on things and sitting down in a different place and sometimes shoving himself along on his back, which I'm sure will settle down to whatever he decides is most efficient, but at any rate gets him halfway across the room in a stealthy kind of fashion.

- saw a man in church lifting his hand in worship, and thought, "I can do that!"  Since then we've been doing family Mexican waves round the dinner table.  Arms up!


- spent most of the month waking up in the night, but seems to be sleeping through again now (at the expense of most of his daytime naps, but you can't have everything).

- the nice couple in church who told us how well-behaved our boys were and what a good job we were doing.

- that if someone had to drive into the back of my car on my birthday, he at least did it nice and gently, and his company appear to be quite reasonable about sorting the damage out. 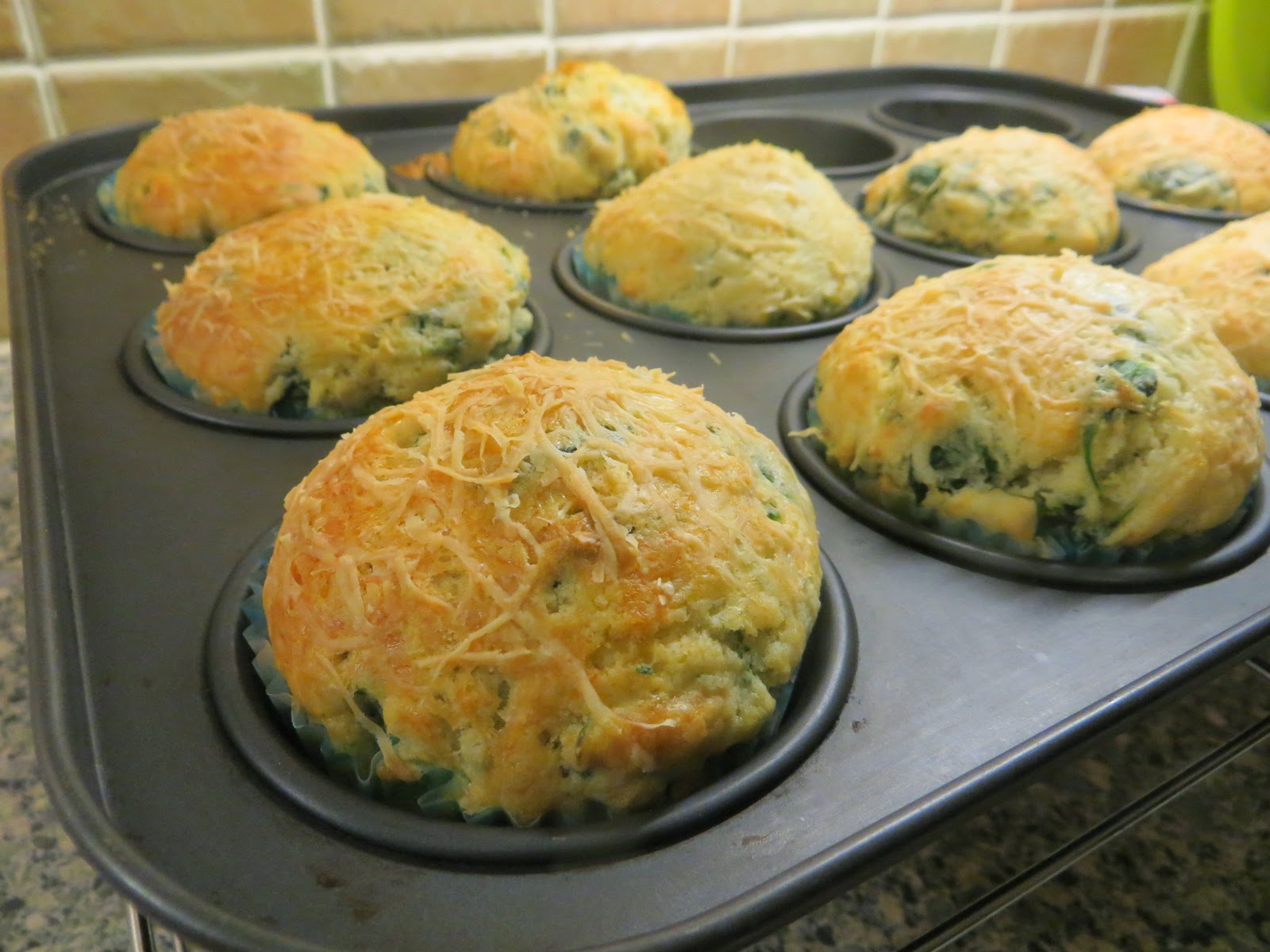 We had most of a bag of spinach to use up, and a bit of Googling led to these tasty-looking muffins, which I thought would be just right for breakfast with a bit of bacon.  And they were!  I can't cope with that much cooking first thing in the morning, so I made them the night before and they still tasted good the next day - and indeed the day after that, with soup, for lunch.

Stir flour, salt, baking powder and sugar together in a large bowl.  Mix in about 2/3 of the parmesan, and the spinach.
Beat together the egg, milk and oil.  Stir into the dry ingredients, just until moistened.
Spoon into muffin cases (the original recipe reckoned 8, but I got 10).  Sprinkle remaining cheese on top.  Bake 20-25 minutes until risen and browned. 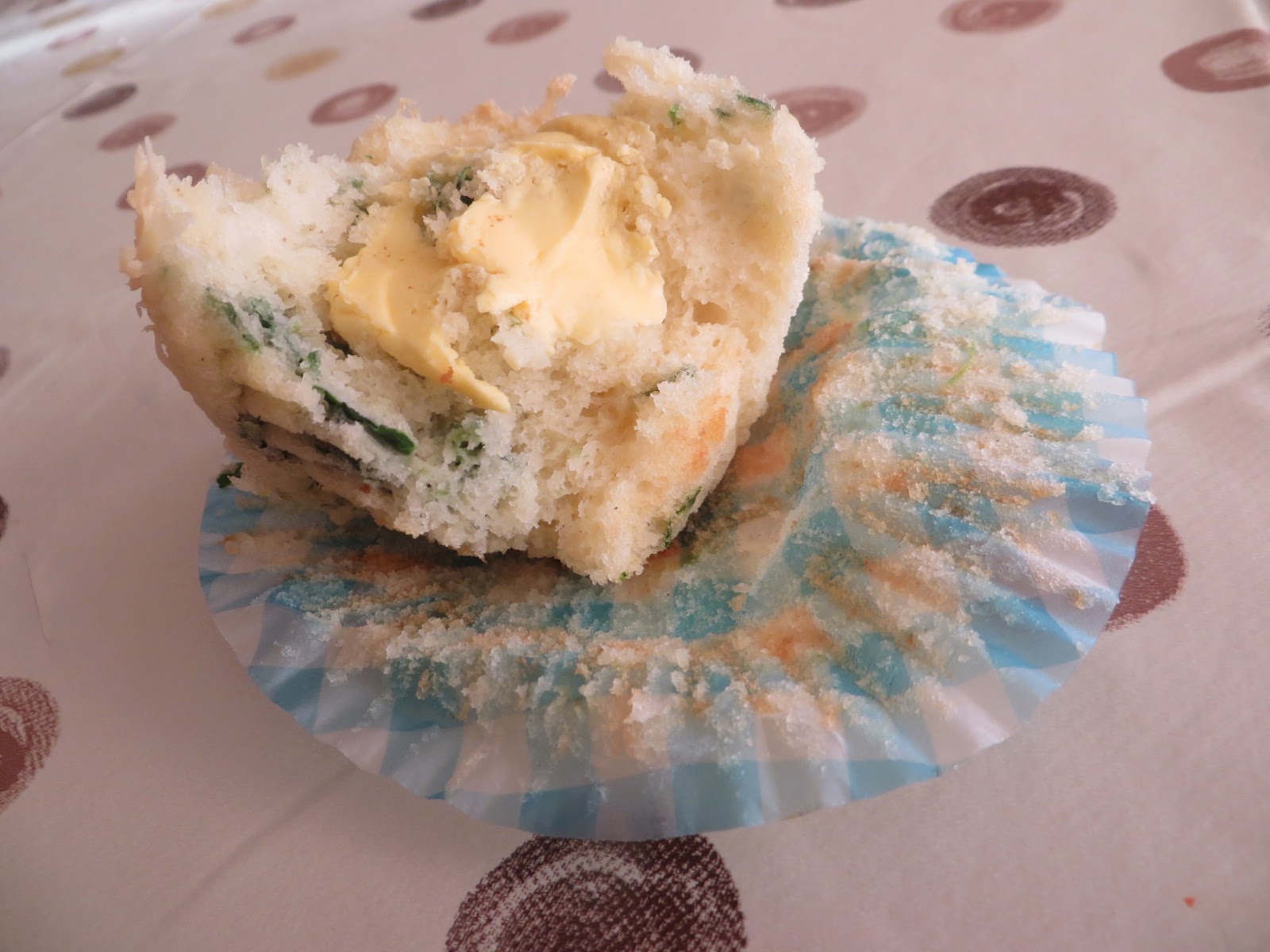