September 13, 2014
Hey, we made it through the holidays!  Toby is now back at preschool in the mornings which theoretically means I have more time to do stuff.  Actually it means I wrote a list long enough to take me the whole year, and then tried to do it all in one week.  So I am writing about the final theme a week after it happened.  The topic may have been apt, as it felt like we were fanning dying embers by this point.


1. Making a "campfire"
Here's Toby in best boy scout mode, rubbing two twigs together to make a fire.  Peppa Pig obviously is educational really, because he knew to set up the sticks in a pyramid.  Fortunately his efforts didn't produce any sparks. 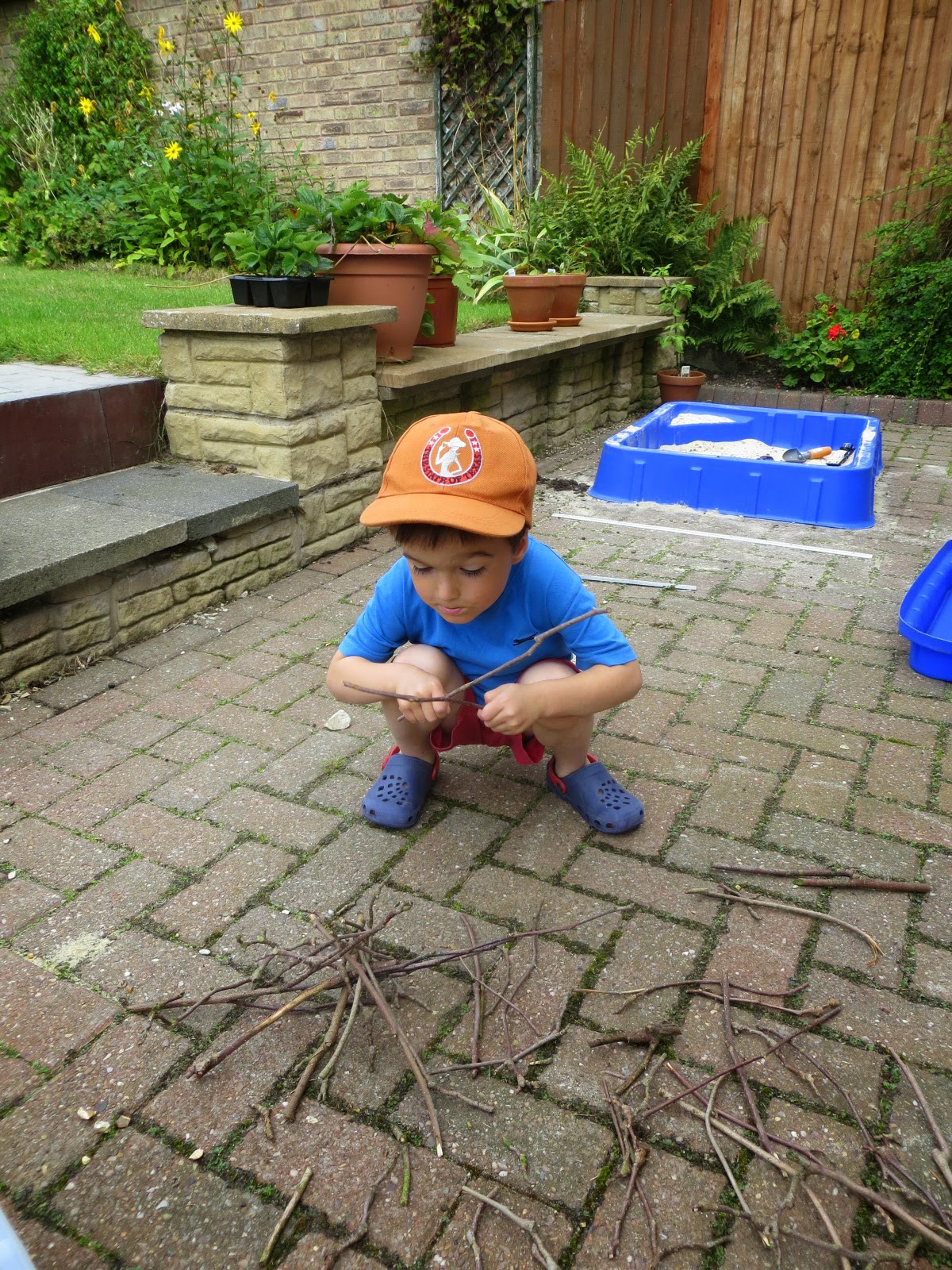 And where there's a campfire, there must be a tent: 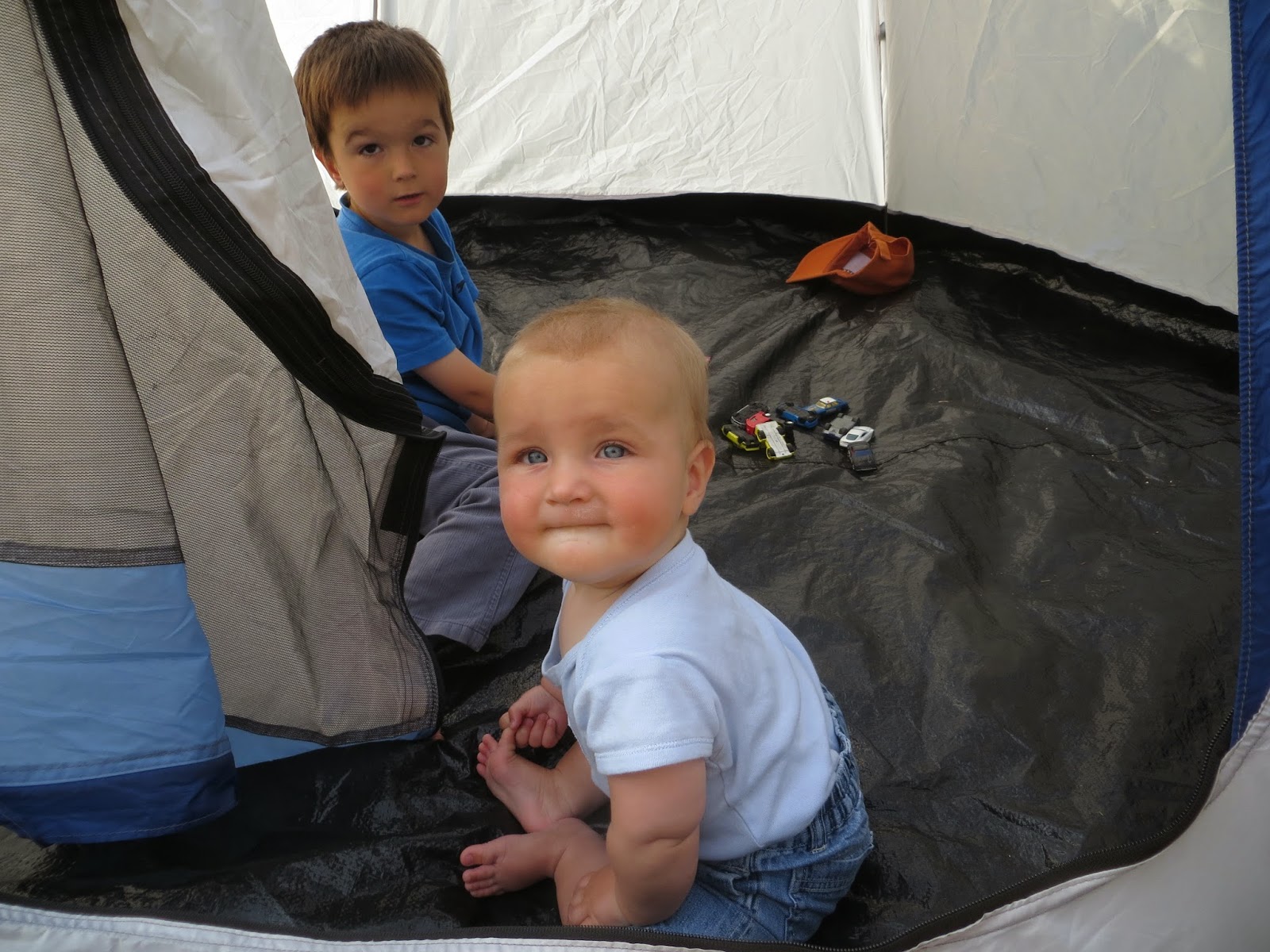 2. The candle trick
With all due cautions about not playing with fire, etc, etc, we lit a candle and I showed him how it goes out when you put a jar over it.  We repeated the experiment several times, and he was able to tell Dad, later, about the candle needing oxygen, so I guess he absorbed some of my explanation. 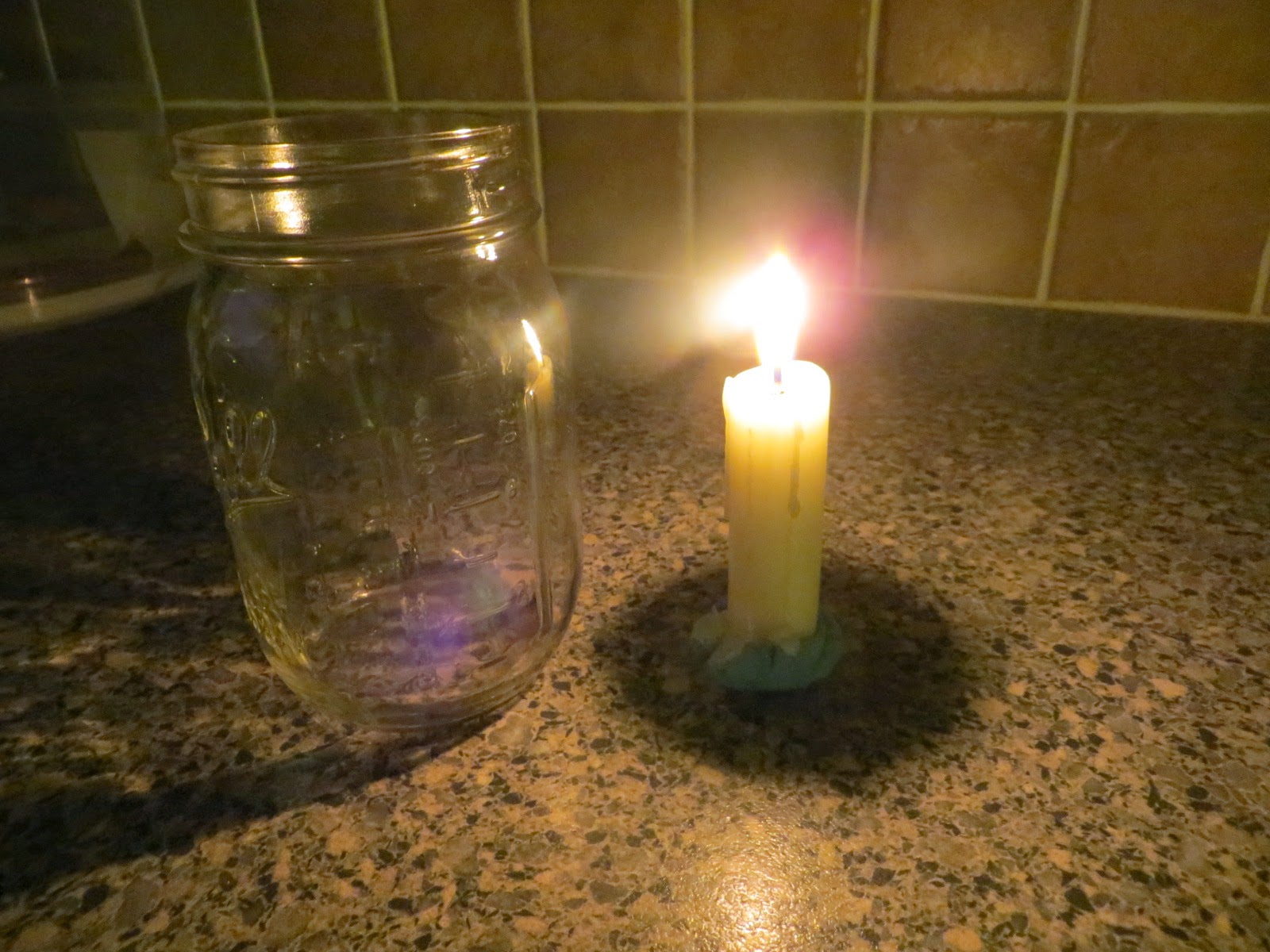 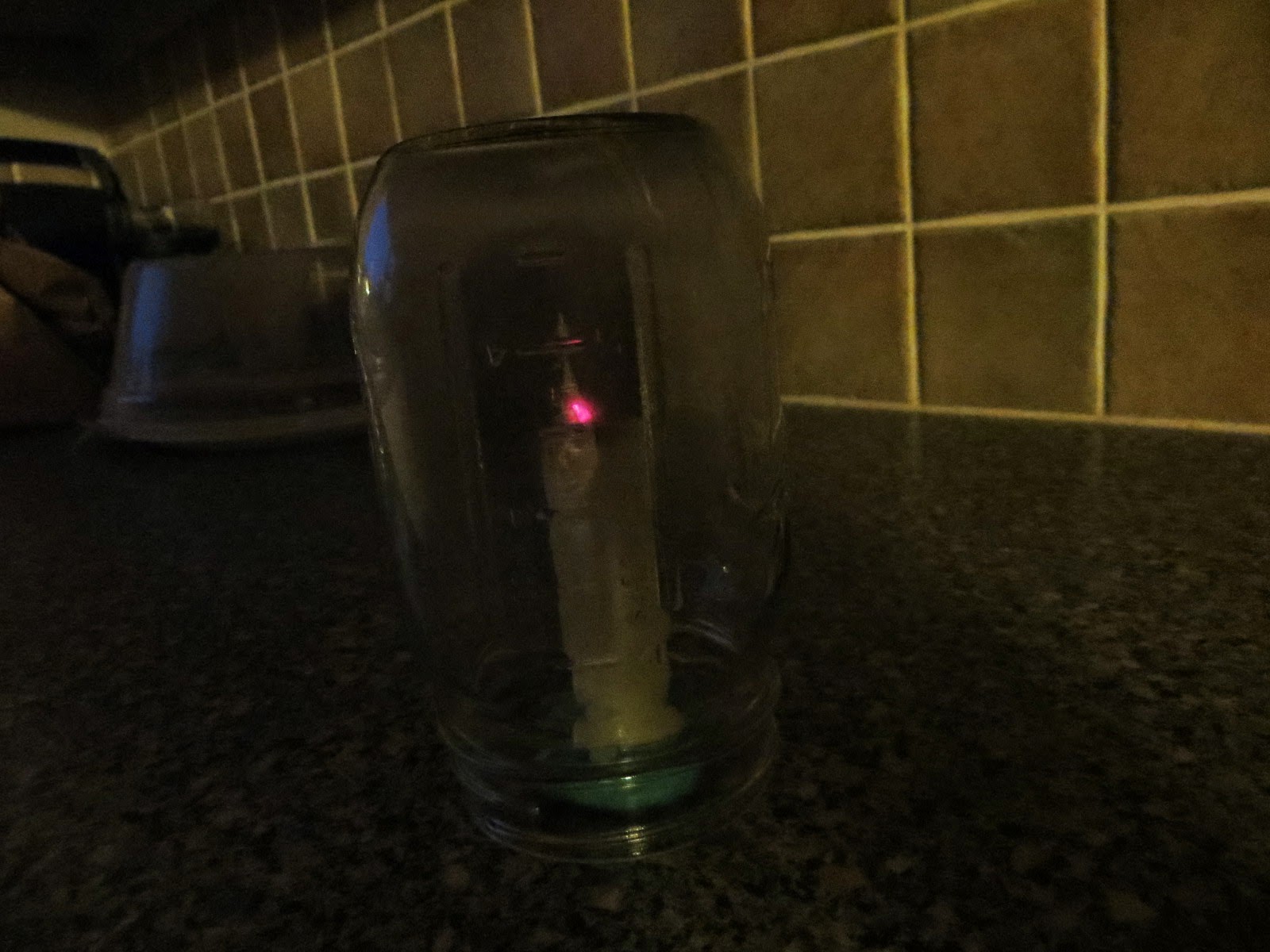 1. Playing fireman
We were running errands in Burton, and stopped at a playground which happened to have a structure with a steering wheel at one end and a fireman's pole at the other.  Toby spent quite a long time getting me to call the fire brigade, whereupon he would slide down the pole, drive the fire engine to the emergency, and save the day.  Sadly we didn't manage to visit a real fire station. 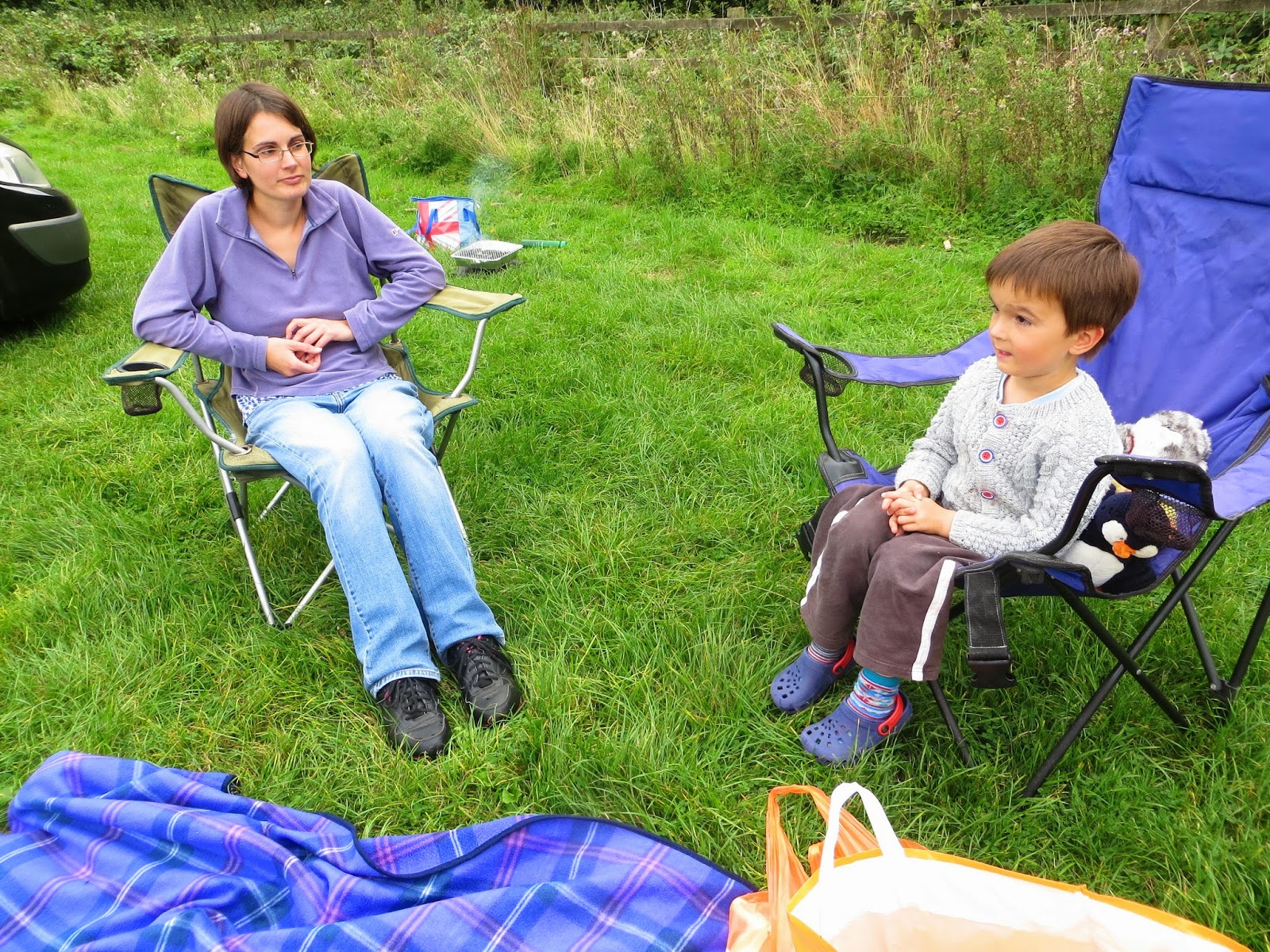 Barbeque
Probably the last one of the season.  We had the burgers and marshmallows, of course, and I tried out tandoori vegetables, for something a bit different.  I forgot to take a photo of them, so here's the obligatory marshmallow-toasting pose. 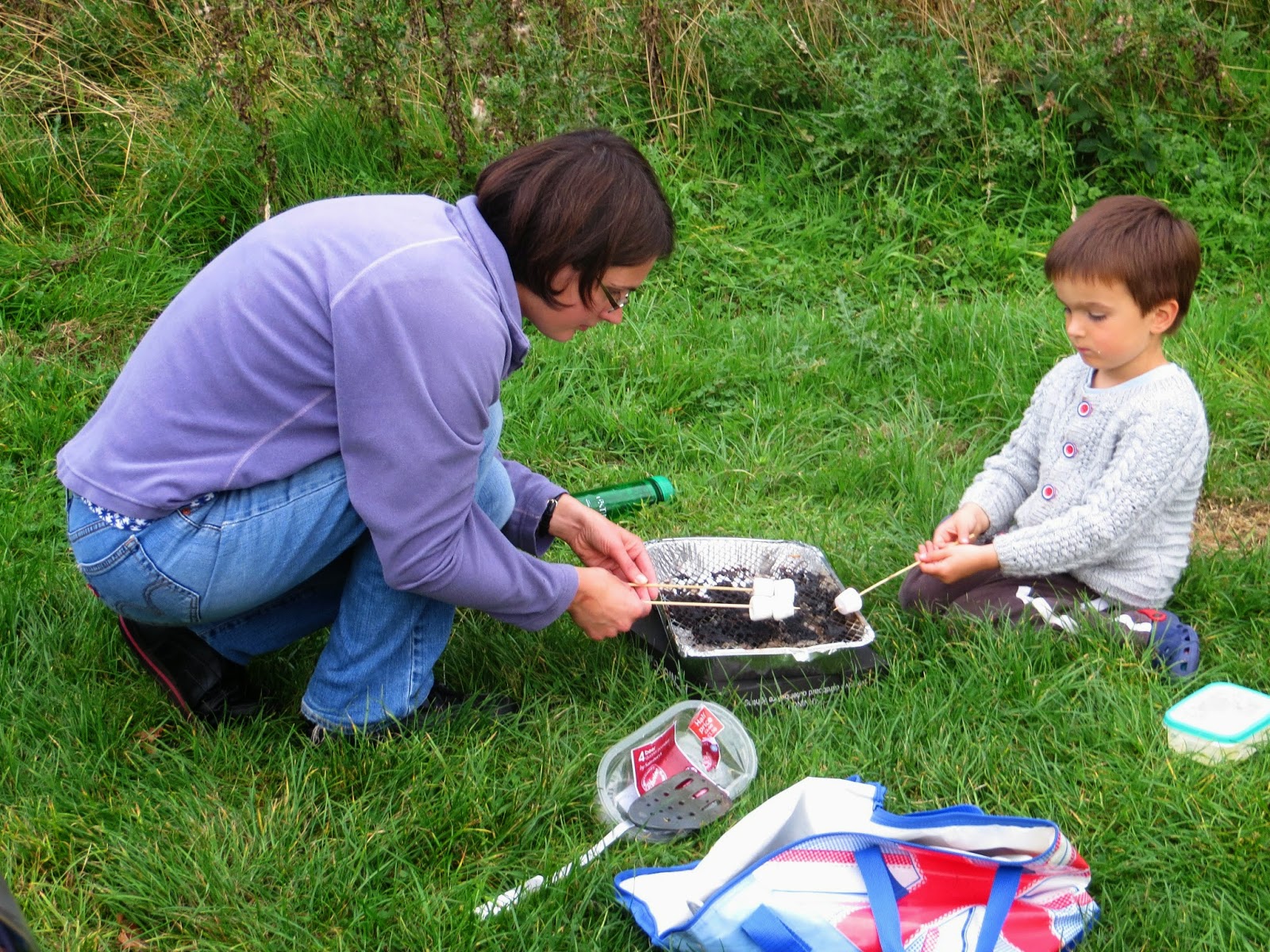 Can you tell I've been writing this post half asleep?  No captions, no recipe, and some of those photos really needed cropping.  Next one'll be better, promise.  Good night.