September 02, 2014
I feel like you already know a lot of what we've done this month from my theme week posts.  But it's been a busy August, and not all of it fitted into a theme!  It was neatly sandwiched between two trips to my parents' house - the first to use it as a holiday home while they were away, and the second to visit them and go to the Bournemouth Air Show.  In between they also visited us, so it's been nice to see so much of them.  This month we have also seen: friends of mine from school, friends of ours from America, racing trucks, a ruined house, a ring of bells and a rainy reservoir.  Read on!

- loved going to the JapFest at Donington Racetrack to see Japanese cars with his dad.  The next weekend they went to see truck racing, which he also enjoyed.  I stayed well clear of both! 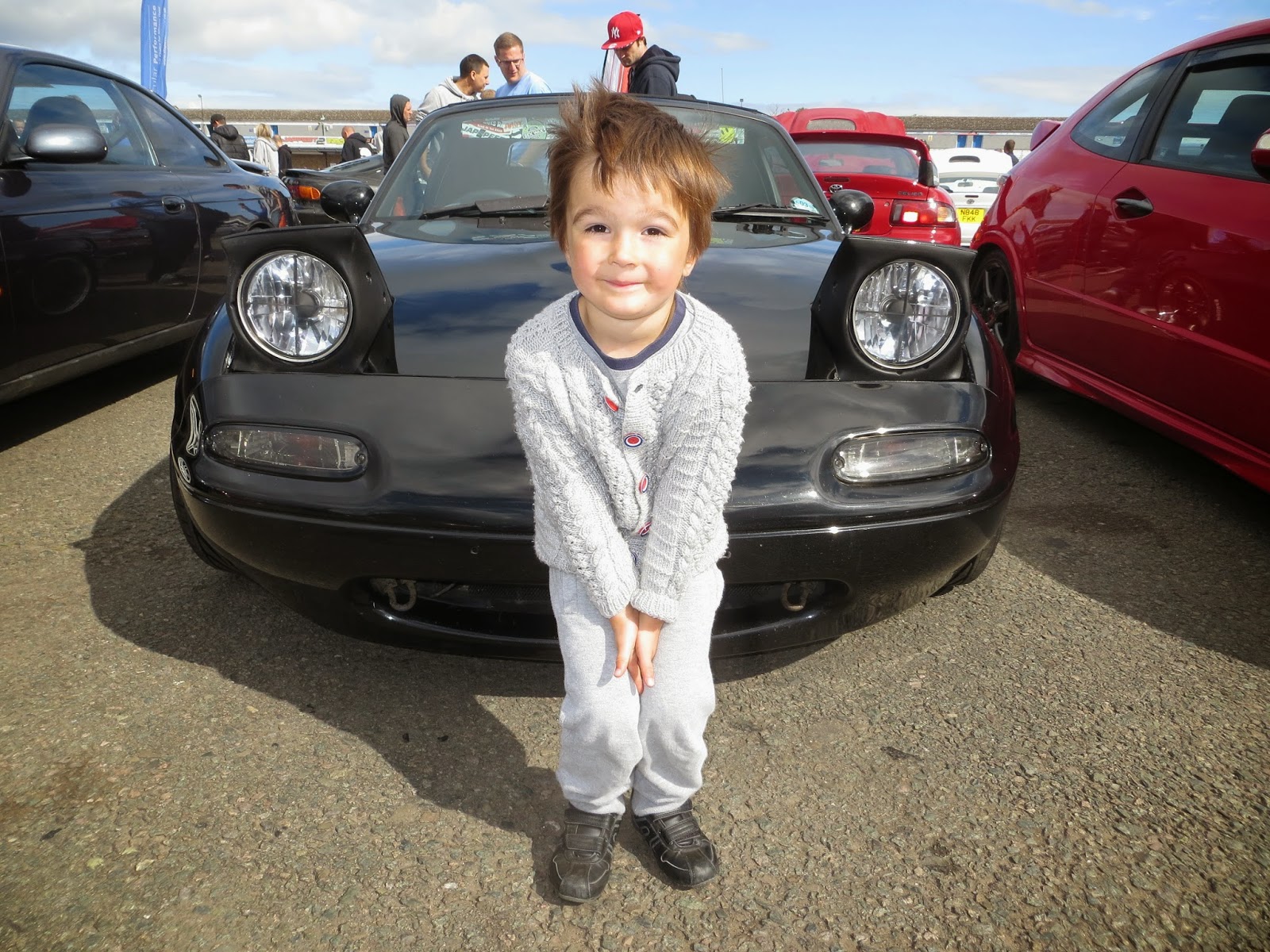 - is starting to learn to ride his big bike, with pedals (having almost completely destroyed his balance bike!) 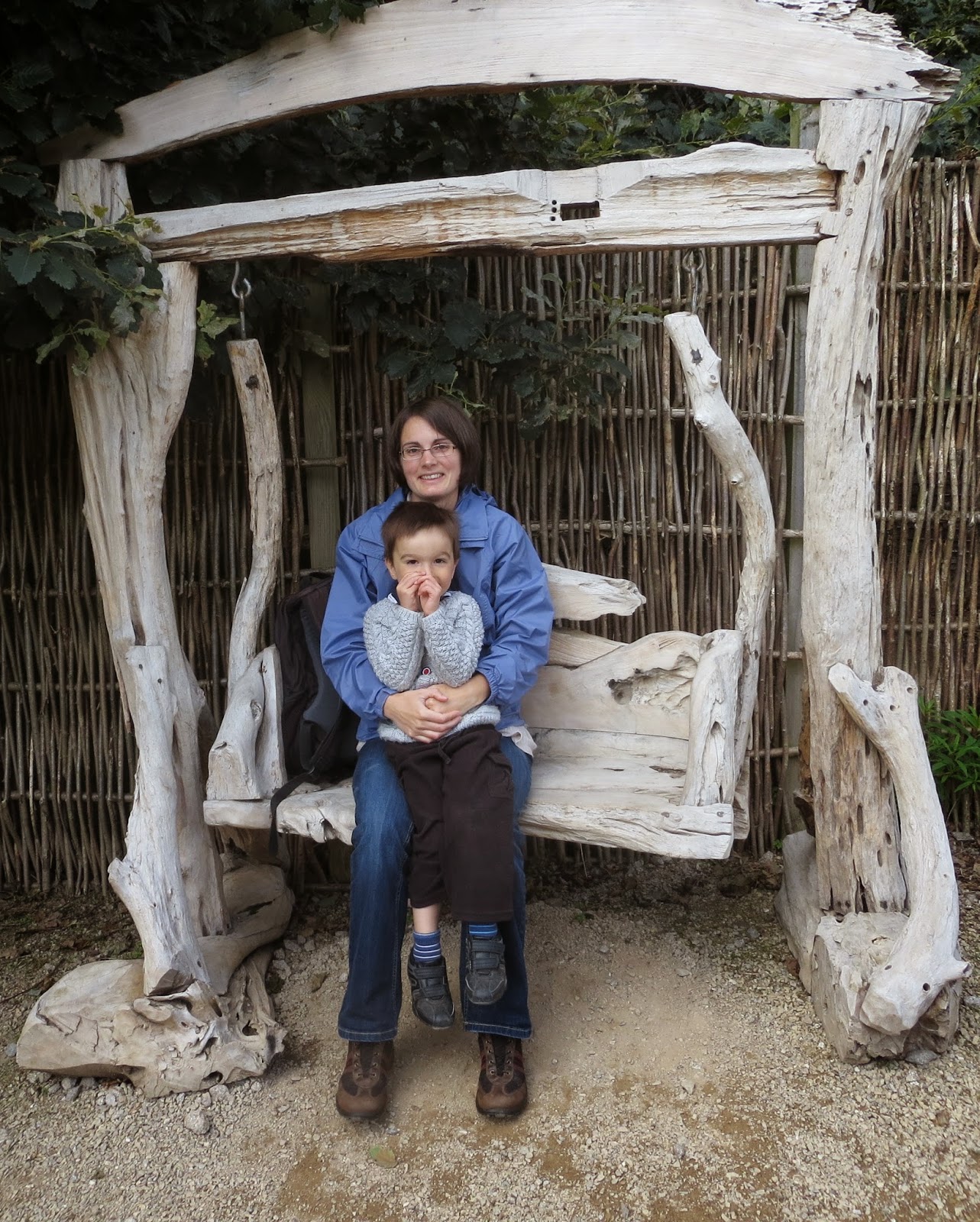 - amuses us by picking up our phrases.  Talking to Graham on the phone, he said, "I'd better let you go now," and later announced that he was "just going to pop upstairs".

- is eating anything and everything (suitably mushed of course) including sharing Toby's home-made ice lolly. 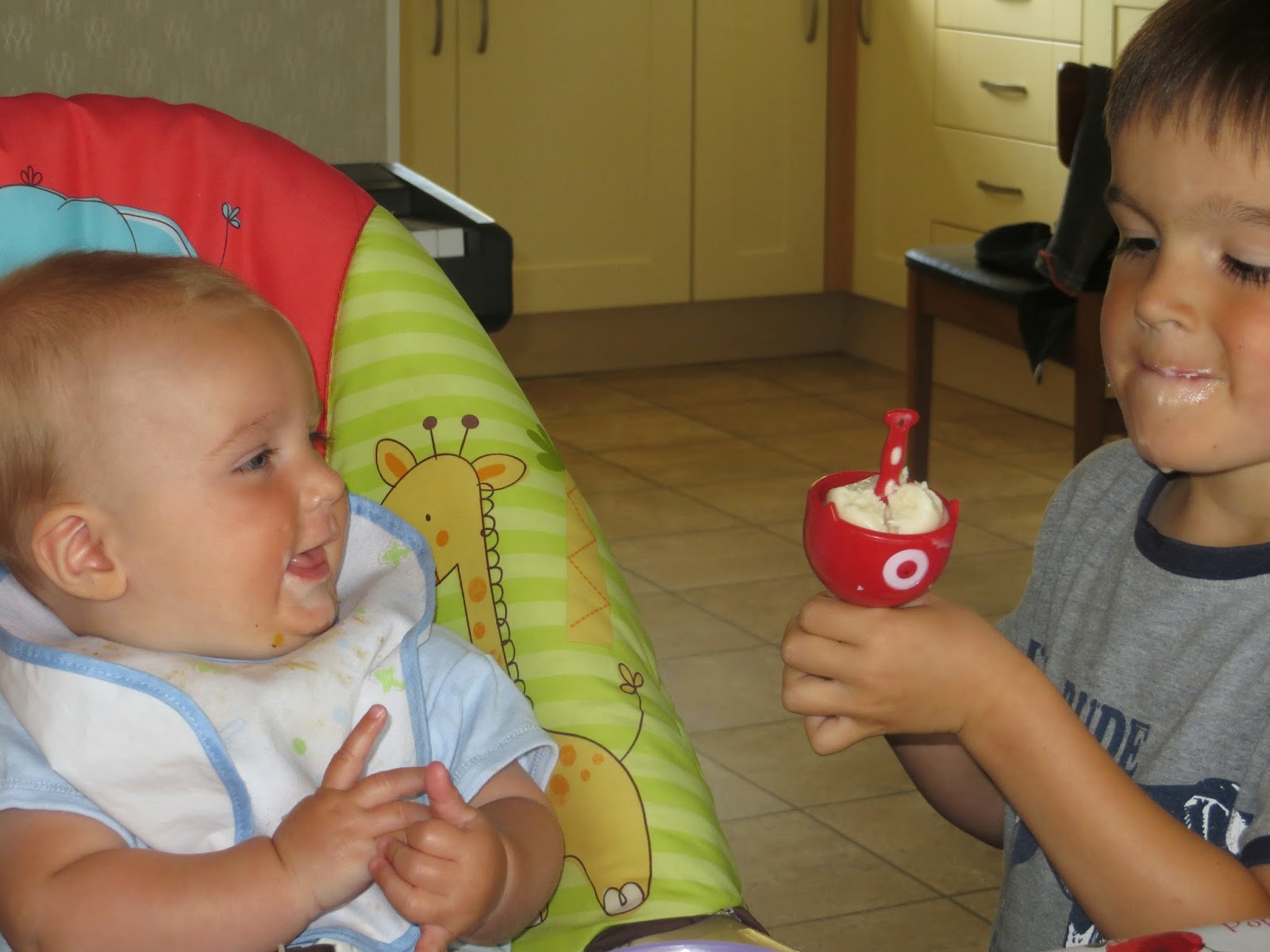 - is sitting up pretty reliably, and starting to twist around to reach for things.  Not quite rolling over yet, but he's usually not in quite the same position you left him in.

- thinks he's such a big boy when his brother pushes him in a swing. 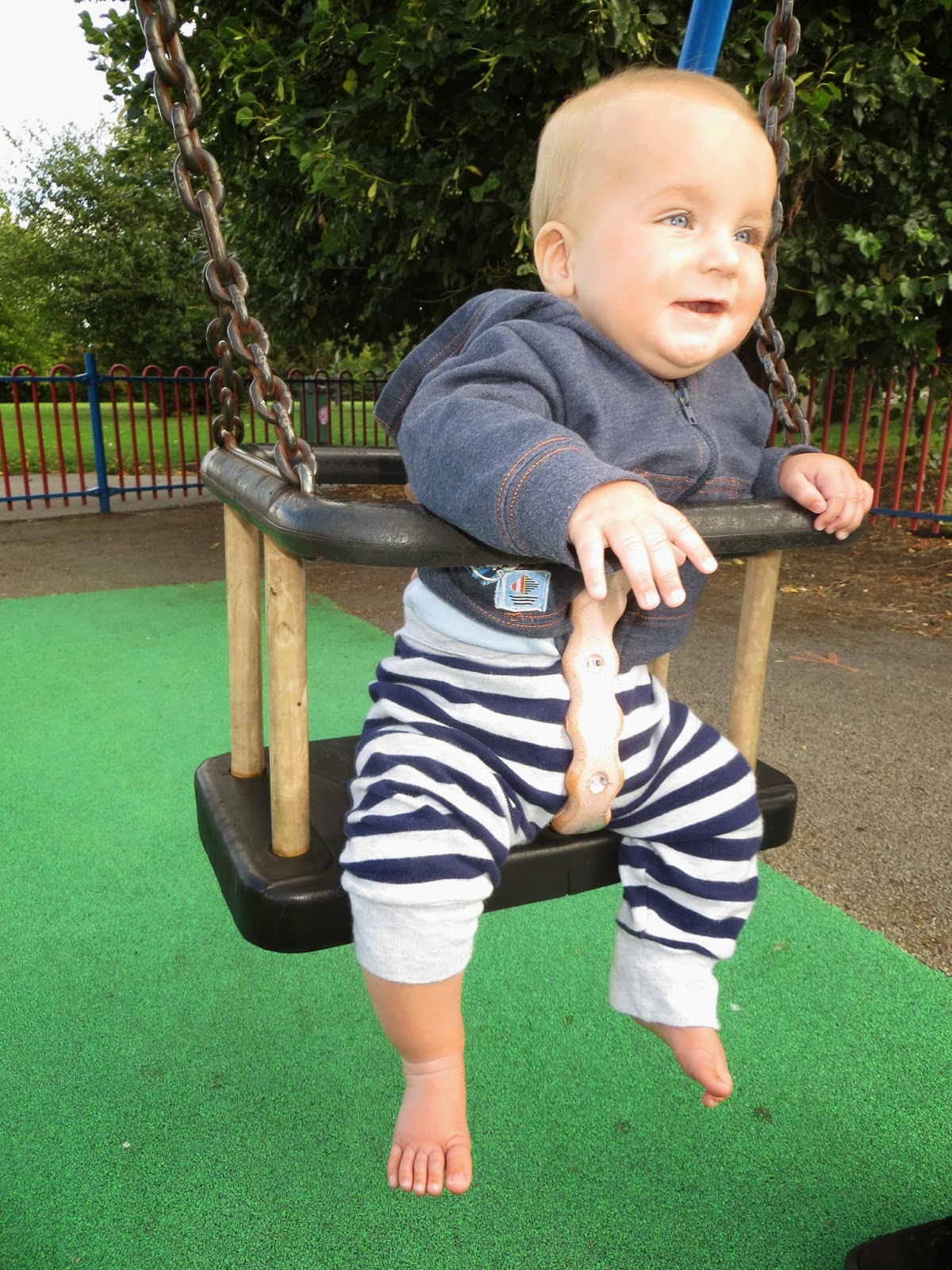 - the opportunity to practice my cake decorating skills again. 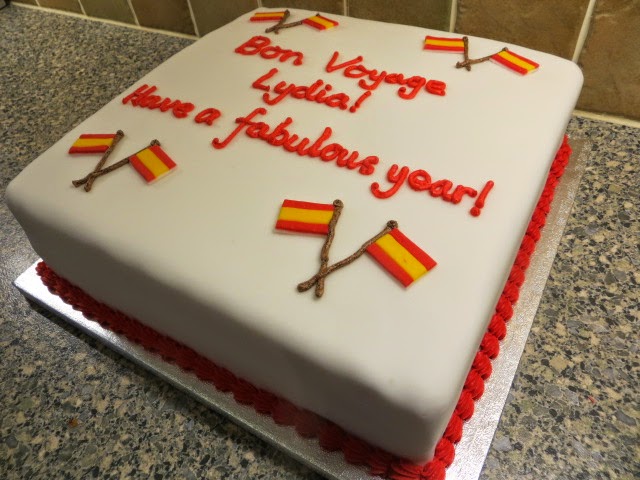 - a lovely long walk near Ilam Hall, with Theo in the backpack carrier (while Graham and Toby had gone to watch truck racing).

- ringing a bell at Derby Cathedral and seeing the awesomely complicated carillion, which plays a different tune every day of the week.

Recipe of the Month: Beetroot gnocchi with broccoli, bacon and pesto 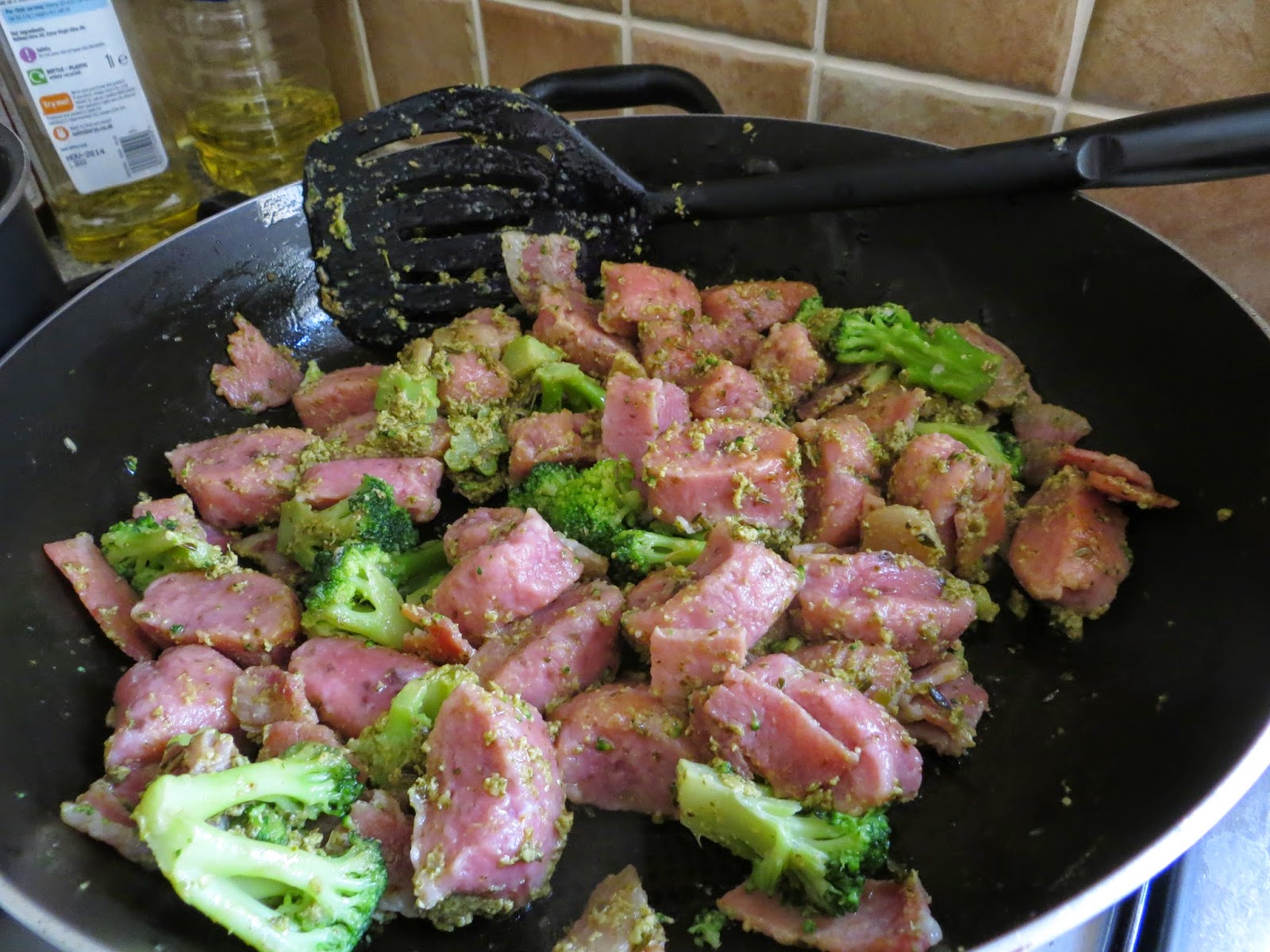 I know this looks like weird animal parts, but I promise you it really is only beetroot and potato, and actually tastes pretty good.  The beetroot gnocchi recipe is from Simon Rimmer's More from the Accidental Vegetarian.  He makes his own pesto and serves the gnocchi simply with that; I used pesto from a jar and added a few bits.

cooked broccoli, or vegetable of your choice
about 8 rashers of bacon
pesto
Parmesan cheese

Boil the potatoes for about 20 minutes, until soft.  Pass through a potato ricer (no, I still haven't got one!) or mash.  Stir in the pureed beetroot.  Beat in the egg and seasoning, then mix in the flour to give a dough.  Turn out onto a floured surface and knead for a couple of minutes.

Divide the dough into quarters and roll each piece into a 2 cm / 3/4 inch sausage.  Cut into 2.5cm / 1 inch pieces.  If you don't want to eat them all at once, this is a good point to freeze them.

Bring a large pan of water to a boil.  Drop in some of the gnocchi and cook until they rise to the surface, which means they're done.  Scoop them out onto a plate, and keep going until all the gnocchi are cooked.

Meanwhile, chop the bacon into pieces and fry.  Add the broccoli, pesto and cooked gnocchi, and warm through.  Pile onto plates and grate or slice Parmesan over.  Serves four.