It's true.  It has plenty of other things, though.


We had picked the Abbey out as a good place to stop for lunch on our journey up to Newcastle-upon-Tyne last weekend, and I thought we'd spend a couple of hours there.  In fact we doubled that time estimate!  The abbey ruins are much more extensive than I'd expected, and I could have easily taken longer to explore all the fascinating nooks and crannies.  Plus we had to go to the playground, and walk through the water gardens, and duck into a cave, and stop at the all-important ice cream shop, and admire the church...


Fountains Abbey is one of the best-preserved Cistercian abbeys in the UK.  Graham asked what a Cistercian was, and the only response I could come up with was, "A kind of monk".  This not being entirely informative, I have educated myself slightly.  Cistercians are a kind of monk.  To be precise, the kind of monk who belongs to a religious order established in the eleventh century, which stressed isolation and individual poverty.  Rather ironic, then, that Fountains Abbey was one of the richest monasteries in England at the Dissolution, and its ruins today welcome thousands of visitors a year. 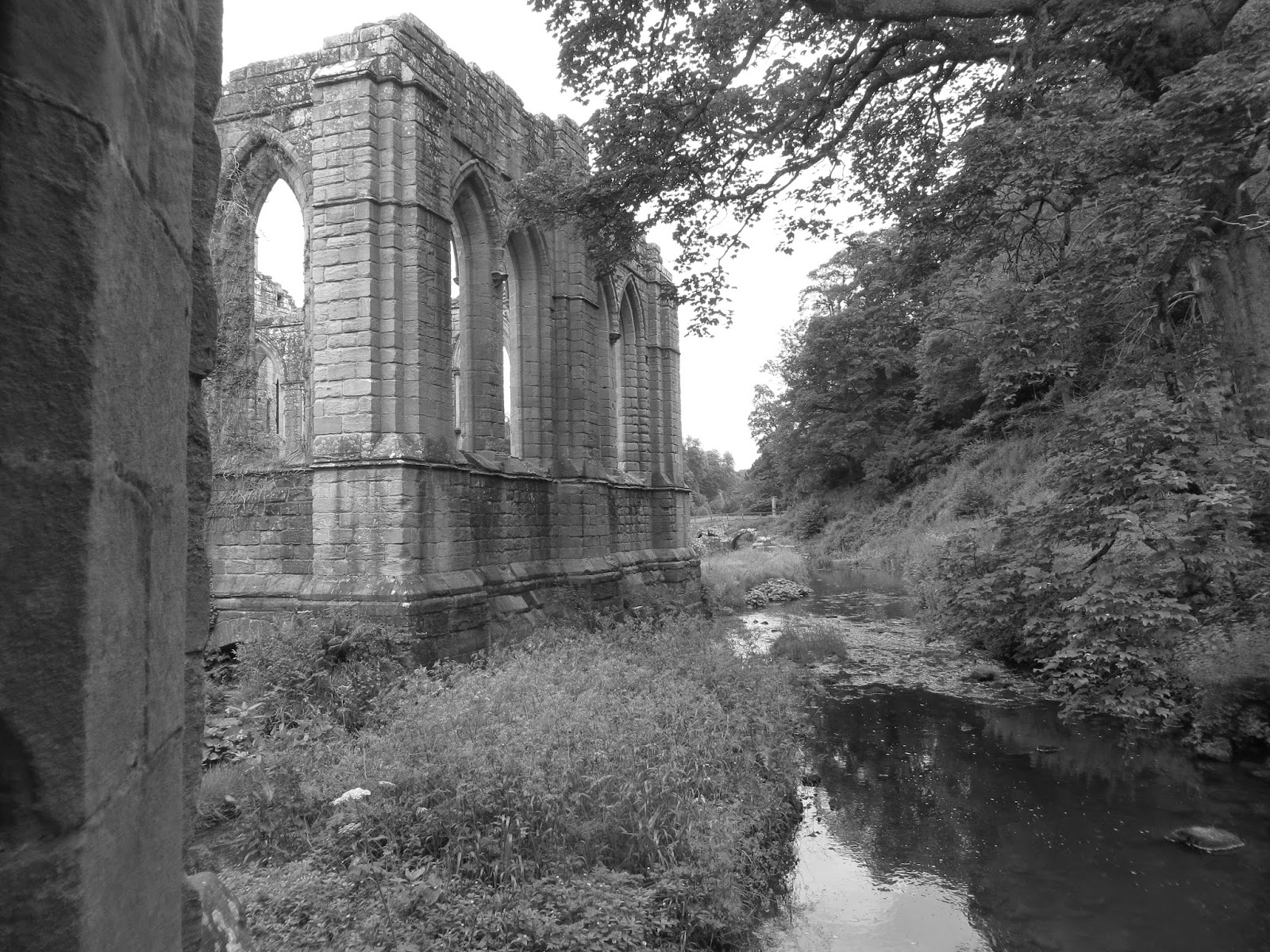 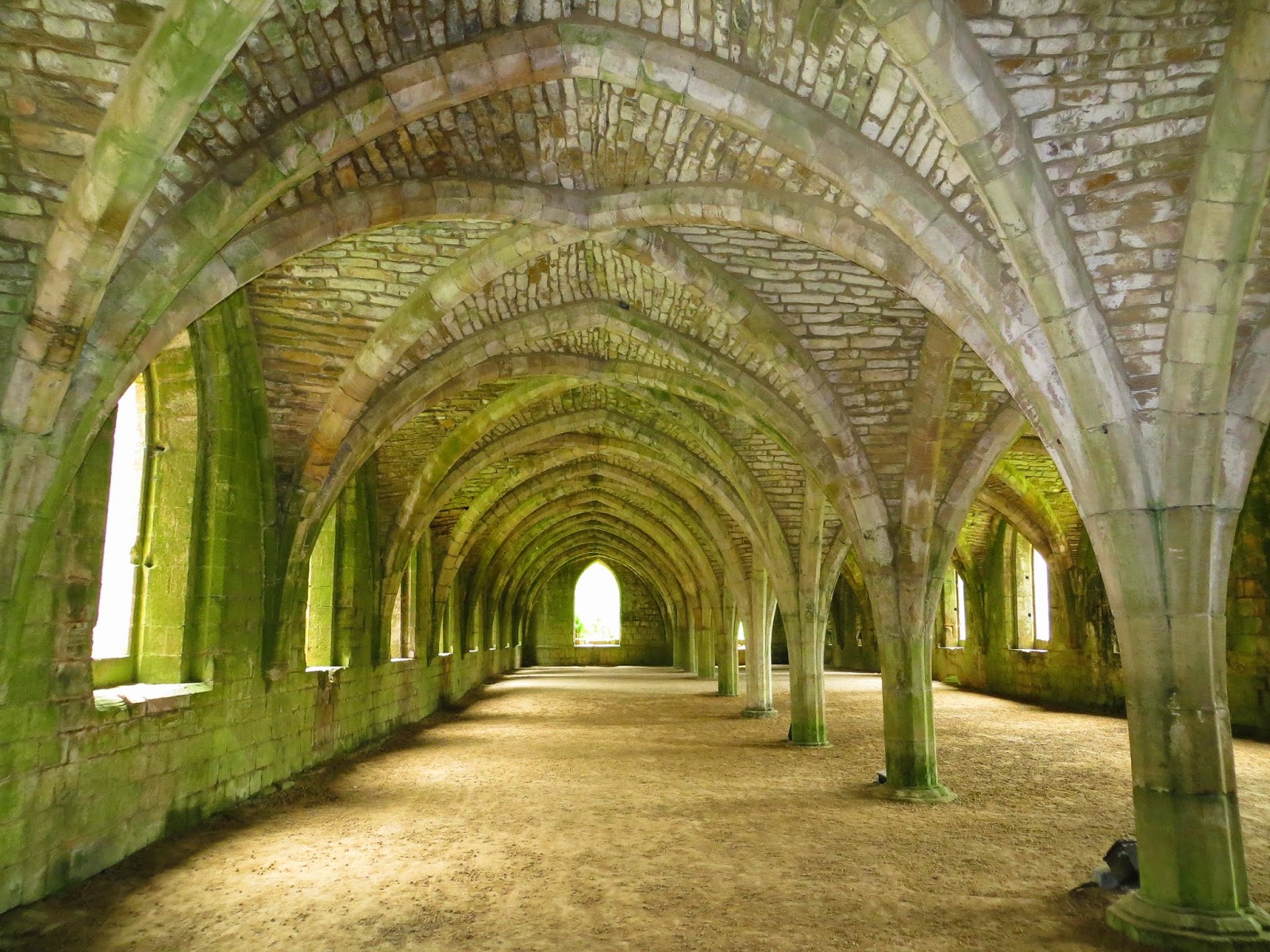 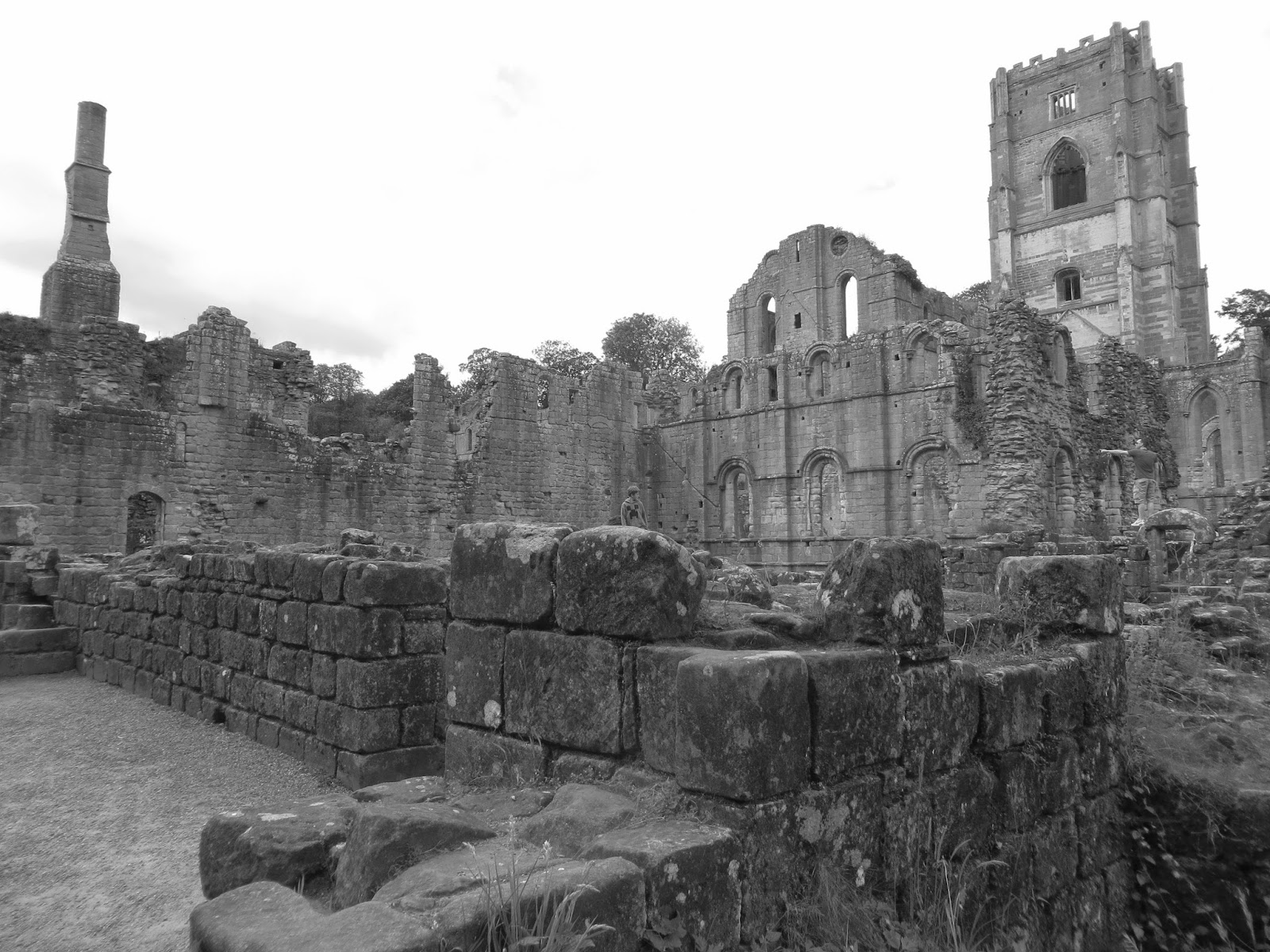 And with good reason.  There's something rather wonderful about a ruined church.  It is enclosed yet not enclosed; bearing the form of a holy place, and yet part of the outside world.  The floor has become green grass, and the only roof is the bright sky above, but the enduring stones bear witness to those who built the sanctuary, who worshipped and prayed in these sunlit aisles.  The empty windows and broken arches still perform their task of lifting our eyes to God. 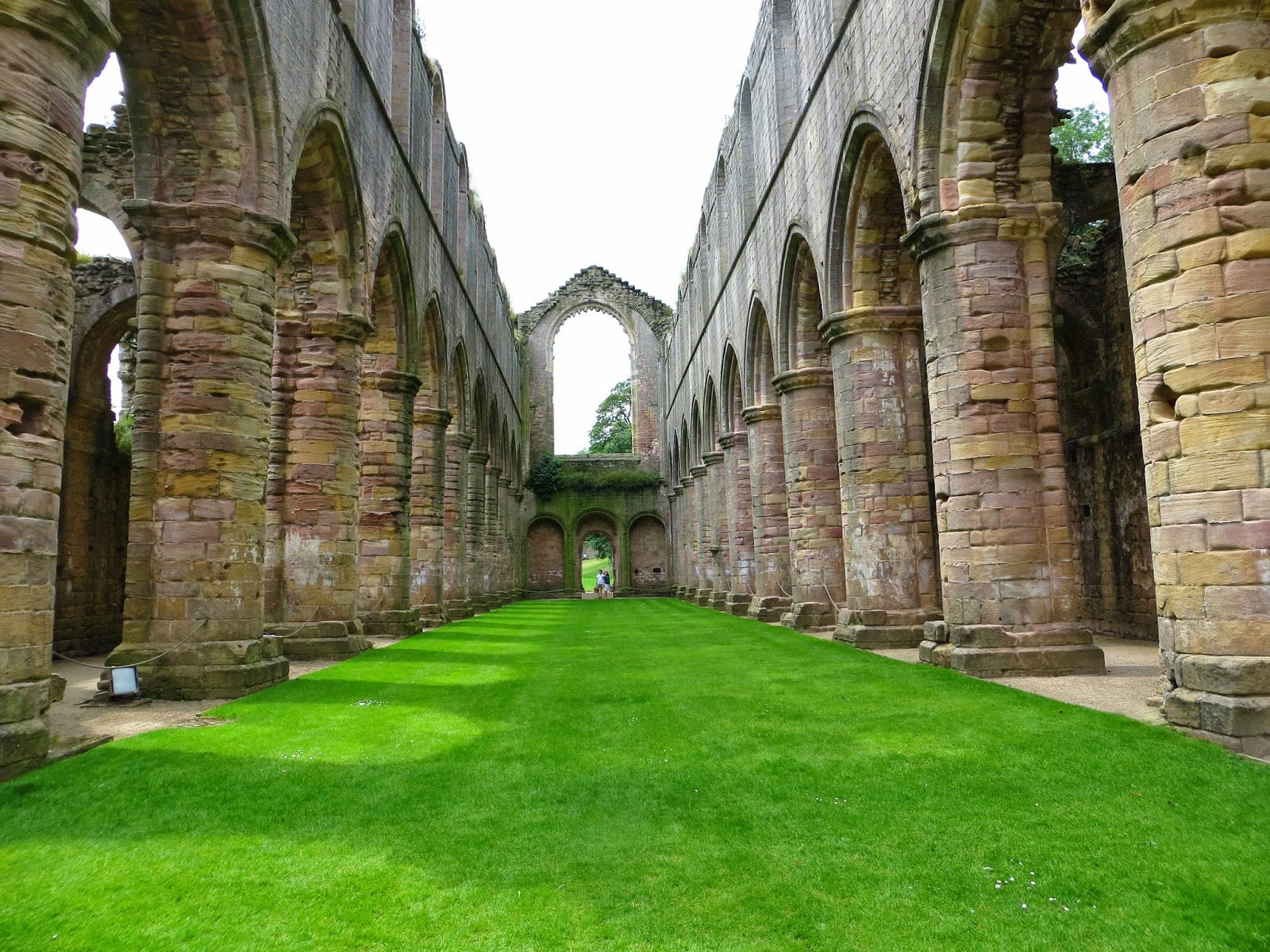 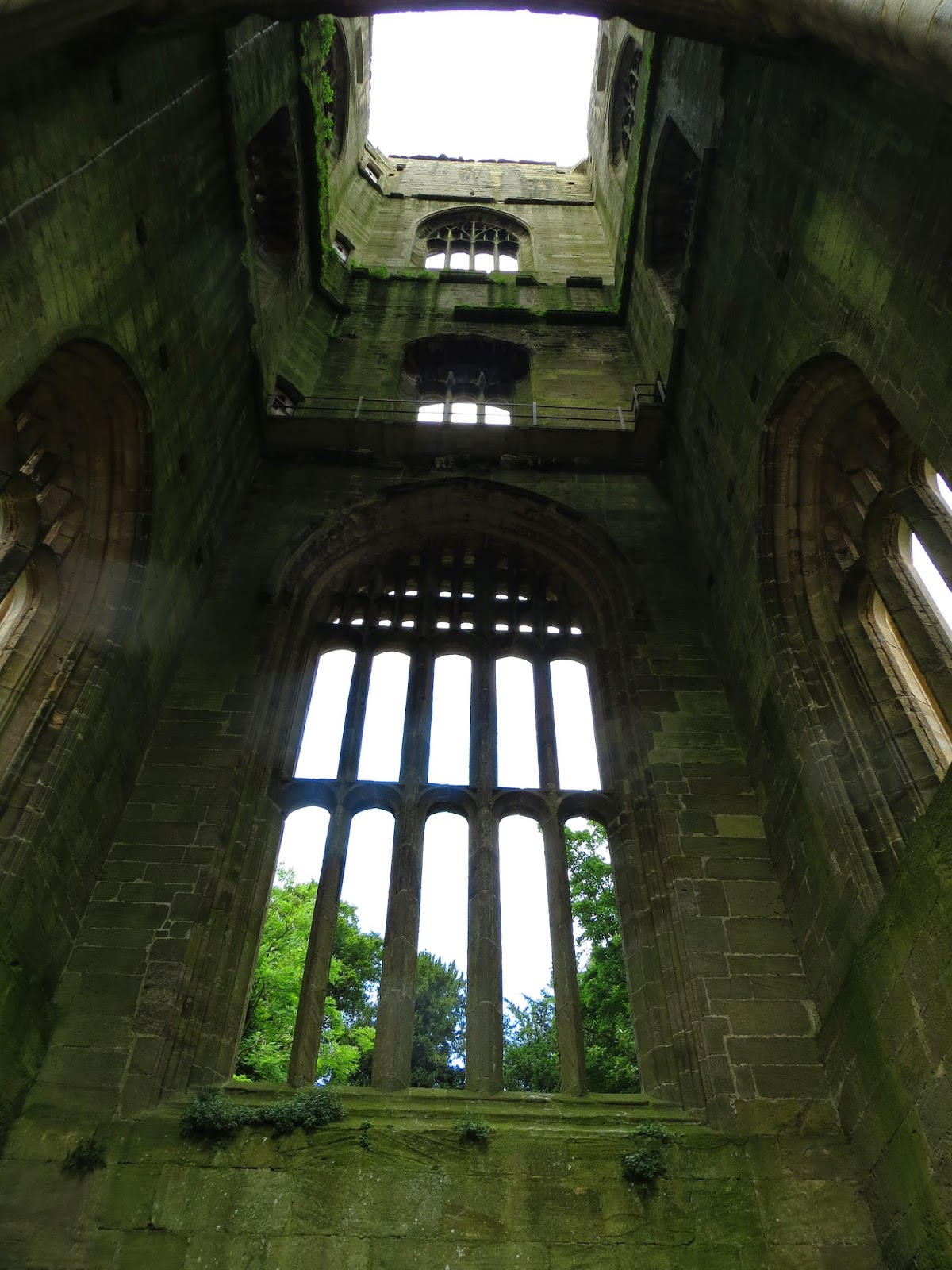 We looked around together, and then Graham and I each took a few minutes to explore separately.  Toby then announced his intention of going by himself.  We looked at each other: "Is he really doing it?" and by that time he was disappearing into the cloisters!  I followed at a discreet distance as he inspected the stonework and peered under archways, entirely absorbed.  Suddenly we came face-to-face round a corner.  "You're not supposed to be here!  Go back to the picnic site!" he exclaimed.  Sorry, kid.  Three is not quite old enough to be independent. 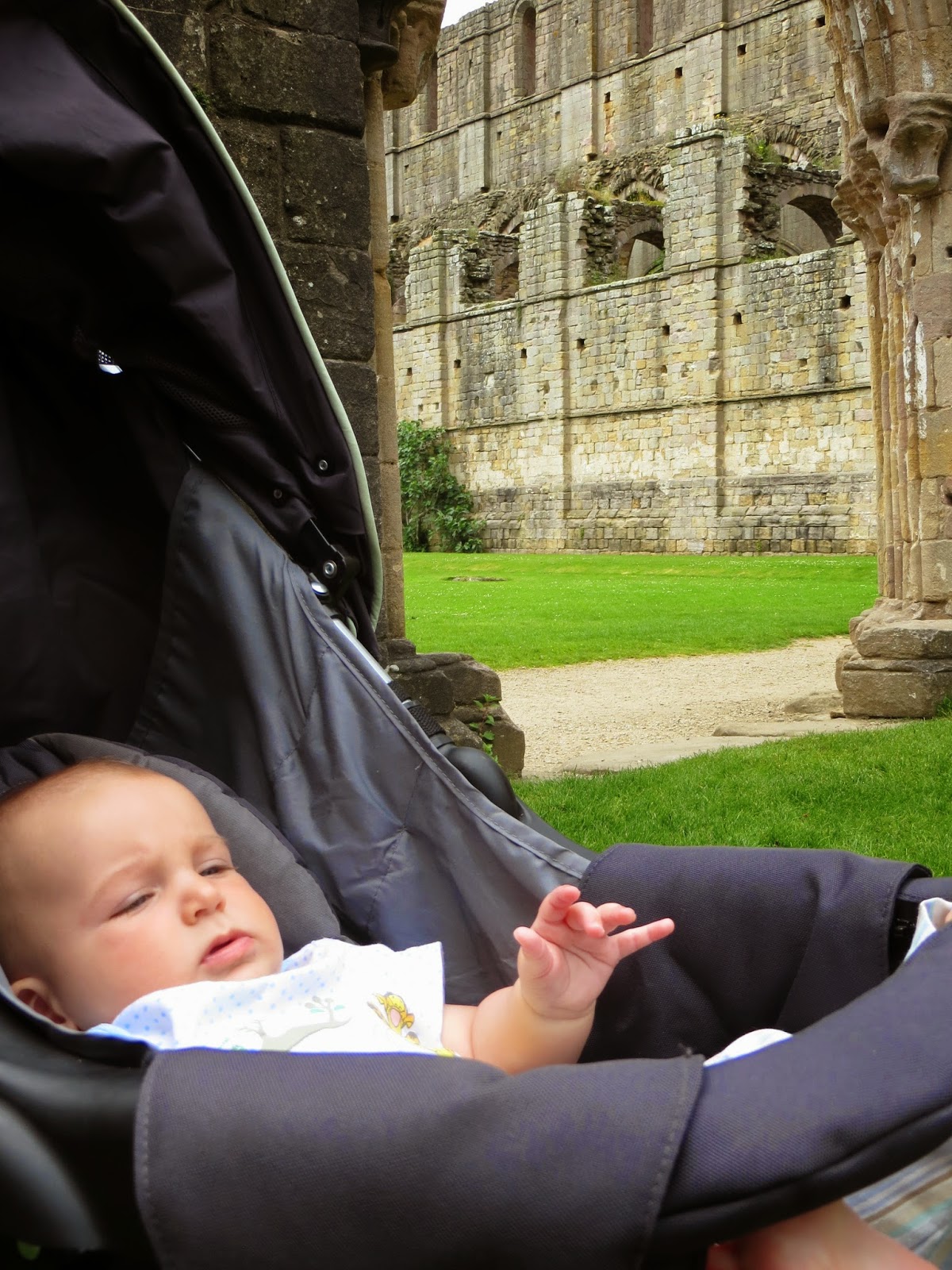 From the abbey we followed the little river as it threaded through a grassy field and spread out into glistening pools.  These were the water gardens, created when the abbey ruins became part of the Studley estate.  They included all the clichés - beautifully rustic bridges, carefully crafted caves, artfully placed temples, and tastefully nude statues. 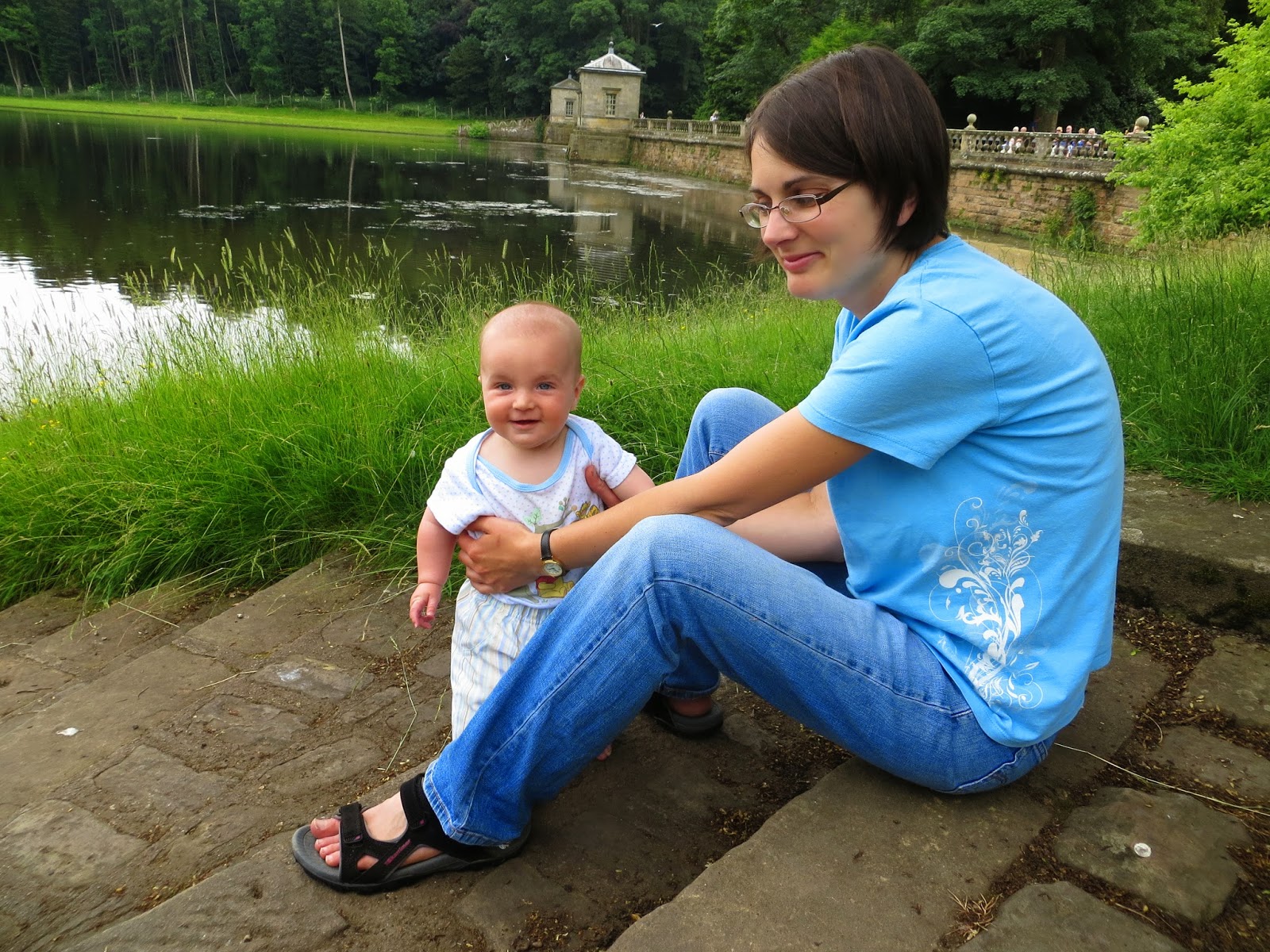