The glow of molten rock lit up the night, as, with a sound like the cascading of a million marbles, the land slumped into the sea.  Chunks of stone shot into the air as if catapulted by a giant hand, and the ocean writhed as it was pelted by countless burning pebbles.  A great cloud of ash rose up, blackening the stars and blotting out the moon.

After a time, the turmoil ceased, and the island grew quiet again.  The ash settled silently on the surface of the sea.

Slowly, the dust and ash sank beneath the waves.  Down it drifted, down into the deep, and became rock again, pressed against the sea bed.  The feathery forms of ancient creatures fell too, and left their imprint.  Plants?  Animals?  Impossible to know.  Their kind long ago vanished from the earth.

Time passed.  Continents shifted.  Seas rose and fell.  The unstoppable movement of tectonic plates bent the rock, lifted it and shaped it, and finally made it part of a new island.  This one, eventually, was named.  The natives called it Britain. 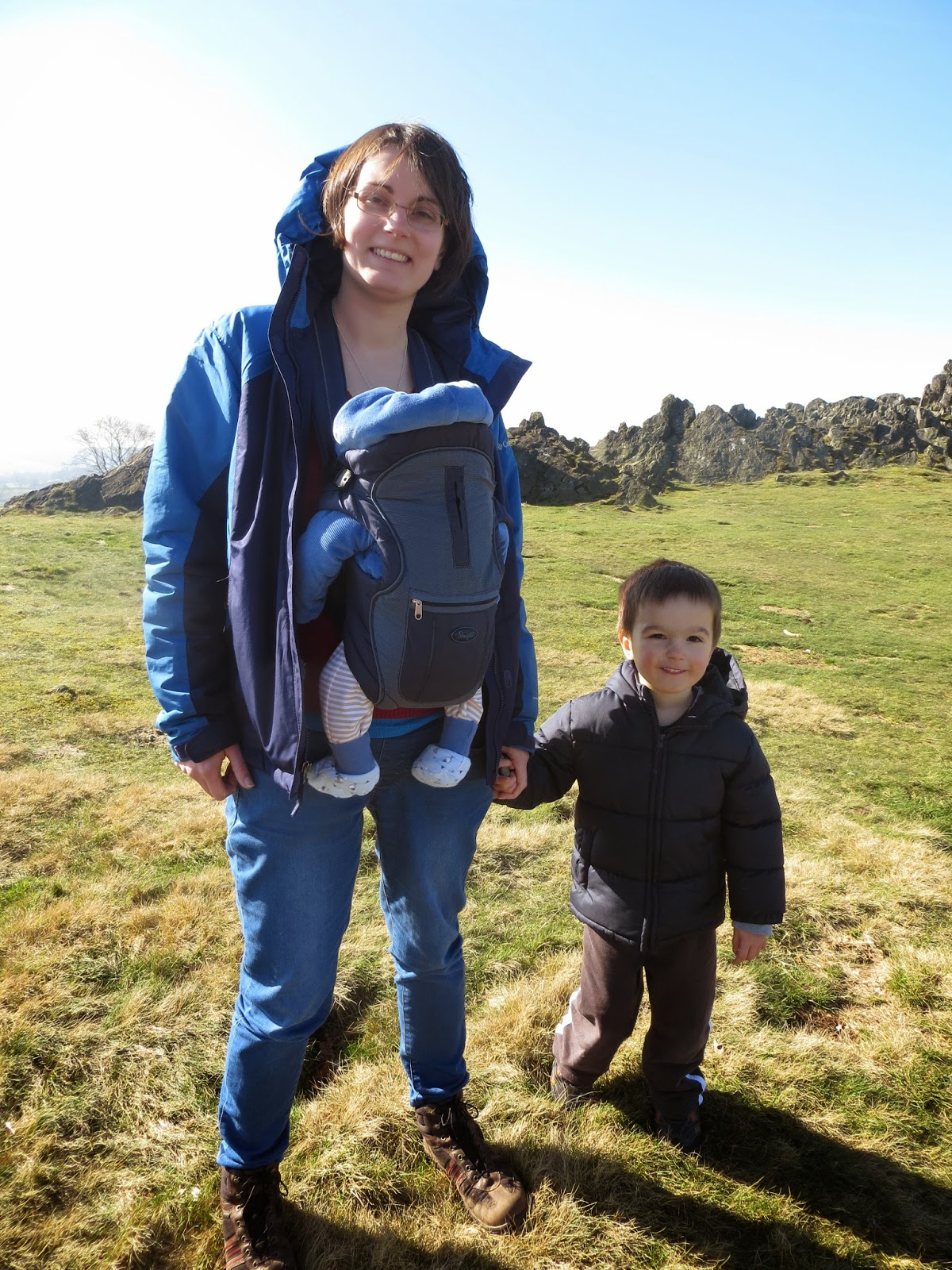 One sunny Sunday in March, a family walked on Beacon Hill.  The three-year-old and his dad played hide and seek amongst the stacks of craggy rock, and drove toy cars over the warm weathered surface.  Mum found a secluded nook to feed the hungry baby, gazing out over the hazy green fields as he sucked.  A ladybird was discovered ascending the lichened heights, and captured for minute inspection.

And as we scrambled and clambered and balanced, we had no inkling that we were touching some of the oldest known rocks in the world, formed in such a dramatic way over five hundred and fifty million years ago.


(For more of the geology and pictures of fossils, see here)