January 18, 2014
I had a birthday recently, and my parents' present this year was a couple of cookbooks to add to my collection.  They are both collections of vegetarian recipes, and manage to incorporate things I would actually cook, which are also slightly different to what I cook all the time.  Cottage pie?  Sure.  Indian spiced vegetarian cottage pie?  Now that sounds interesting. 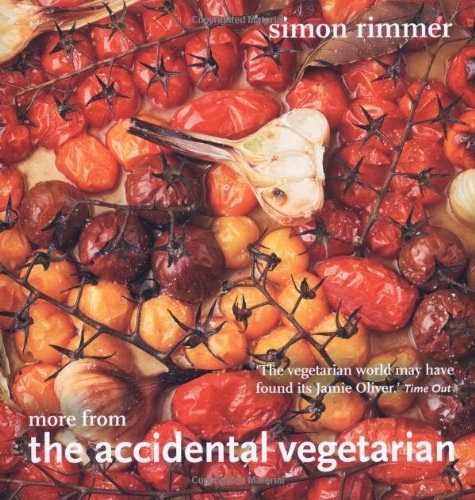 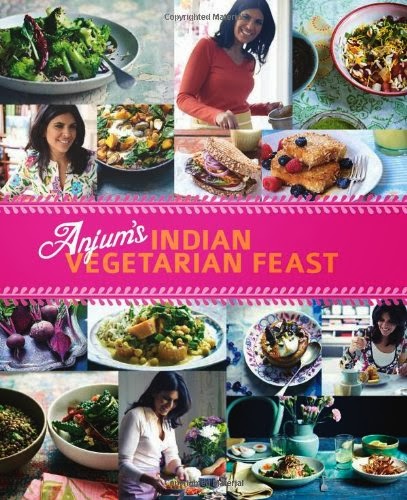 So the other day I was feeling adventurous, and came across a recipe for potato pancakes with spiced beetroot in the Accidental Vegetarian.  Is it me, or has beetroot become fashionable all of a sudden?  I can't remember when I last ate beetroot, never mind cooked with it.  In my head it was firmly tucked away with other weird muddy knobbly vegetables like celeriac and artichokes, that you've vaguely heard of but wouldn't have a clue what to do with.  And then suddenly you pick up a supermarket magazine and the cover story is something like, 10 best things to do with beetroot!

Anyway, the beetroot?  All well and good.  Turns out you can pick up a packet of it for about 80p, all ready-cooked and peeled and everything.  Easy peasy lemon squeezy, as Toby is fond of saying.

The potato pancakes?  Well, have you had those moments where you're halfway through some process and it's taken twice as long as you thought already and you wonder why you ever started?  Yeeaaahhh.  One of those.

Boil potatoes.  Yup.  Easy enough.  Pass through potato ricer or sieve.  Umm, I'm sure a potato ricer is very useful and all, but it's not something I've ever felt led to spend money on.  Until now, when I'm discovering exactly how tedious it is to try and push potatoes through a sieve.  Jesus talked about camels going through the eye of a needle; I could give him another illustration if he needed it.  Not being a chef, he probably never even considered that anyone might be dumb enough to want to sieve a potato.  (Although - how dumb do you have to be to want to get a camel through a needle, either?)

After much bashing and scraping, I gave up and tossed the rest of the potato into the mixing bowl.  If I mix it with the electric mixer, that'll work, won't it?  Add the flour.  Add the milk, gradually.  Aaagghhh!  The mixture's not only clogging up the beaters, it's creeeeeping up the stems and... quick!  Turn the mixer off before it becomes completely engulfed in mashed potato!  Drat.  Drat drat drat drat.

Scrape it all off.  Resort to spatula for mixing.  Wonder how there got to be bits of potato stuff all over the floor, the tiles, the fruit bowl and the pot of baking powder.  Look guiltily at watch and realise the boy should have got up from his nap twenty minutes ago, but hey, he's still sleeping and I. will. not. let. this. beat. me.  Somehow, this bowl of lumpy oatmeal slop is going to turn into pancakes.

Heat up frying pan.  Realise that the recipe's "large spoonful" equates to about a half-cup measure.  In what world is that a large spoonful?  Pour in the mixture.  Spread it out...

You know what?  Somehow, it did turn into pancakes.  They weren't bad, either, and the recipe made lots, so I have some in the freezer that I can pull out and serve without the two hours of crazy mess-making work.  Even Toby ate them (and appears to like beetroot, of all things) and he is being incredibly fussy about eating dinner right now.

Lest you think it was a completely happy ending... Toby still wasn't up when Graham got home from work, which is far too late, and he'd napped so long he woke up wet and incredibly cranky, and I felt like a horrible mum, and... oh yes, it was all fun and games for a few minutes.

But look!  I tried a new recipe!  I didn't get a photo of the beetroot version, and it really wasn't as photogenic as the beautiful picture in the book, anyway.  So here's the breakfast incarnation.  Greek yoghurt, fresh pineapple and a drizzle of maple syrup.  Mmmmm. 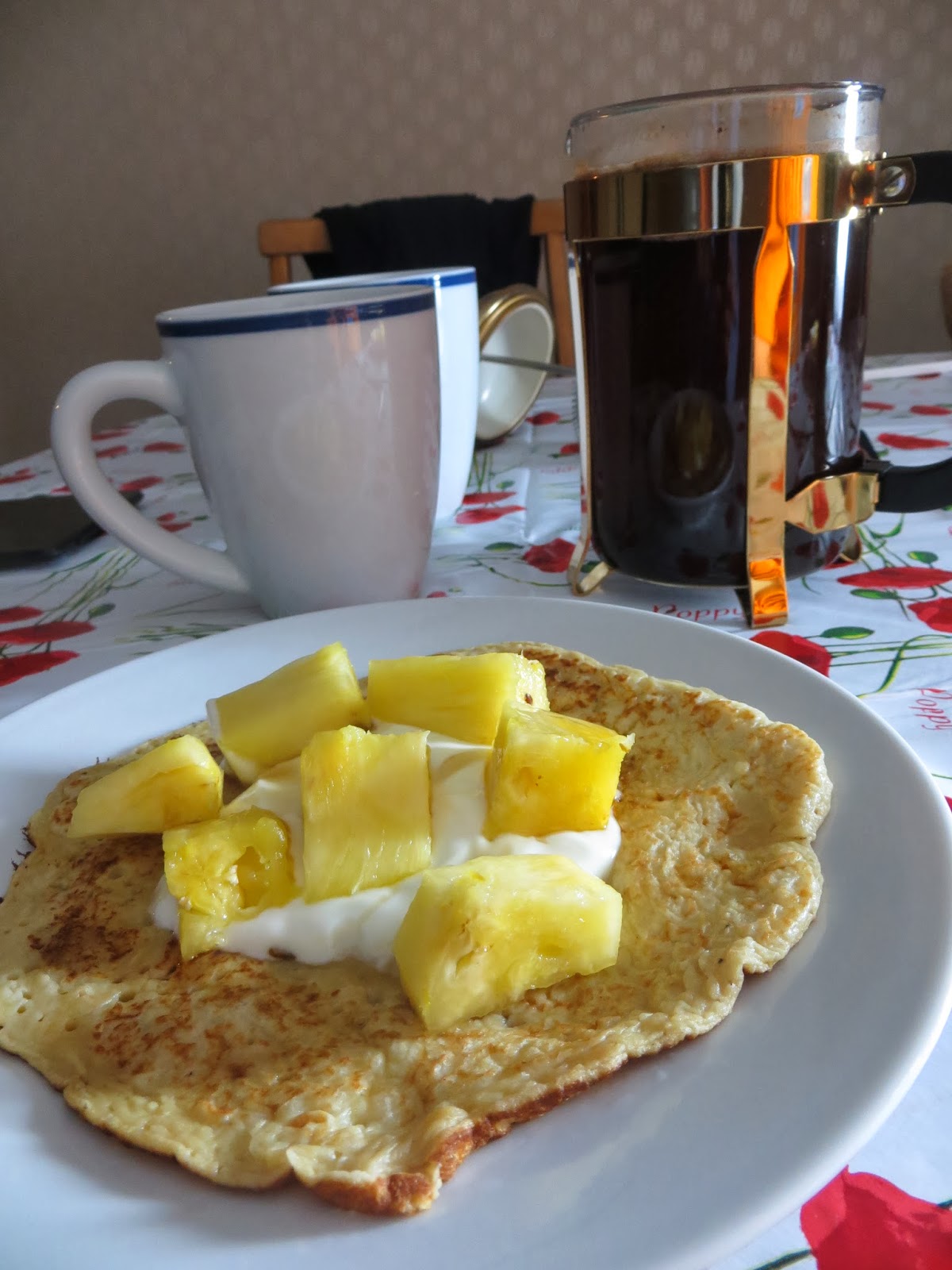 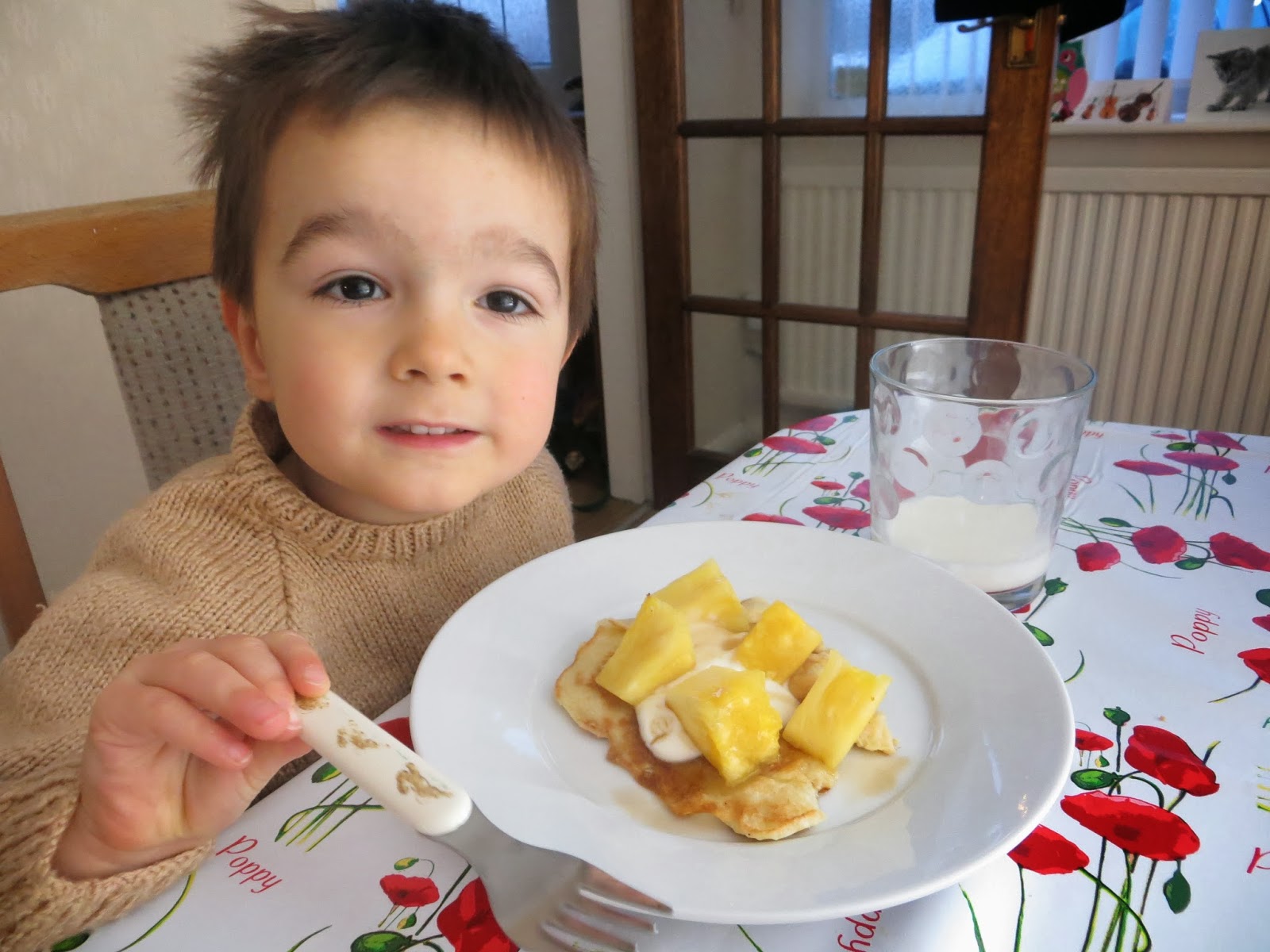 Anyone have a potato ricer they want to give me?

Sally Eyre said…
We love ours, pop over and borrow it if you want? Having gone through a couple of metal ones which bent out of shape, plastic is the way to go.
22 January 2014 at 18:54