August 18, 2013
Those first few years of your child's life, you take a pushchair everywhere, and it starts to seem impossible that they'll ever walk more than six steps, at any pace faster than a snail's crawl, in any direction resembling the one you wish to go in.  You look longingly at little paths snaking through woodland or striking up through grassy fields, and stick solidly to flat tarmac surfaces instead.  And then, quite suddenly and unexpectedly, they become mobile!  You throw caution to the wind and venture out without a pushchair, and you don't end up carrying toddler and all his stuff for three-quarters of the journey.  Life has new and exciting horizons!

Of course it helps if you still don't expect to get too far, and you have somewhere interesting to go.  A recent walk near the local village of Ticknall had pretty much everything a kid could want - and adults too!  We parked in the village car park, set off and promptly bumped into an old tramway, complete with dark and spooky tunnel.  Who can resist walking through a tunnel? 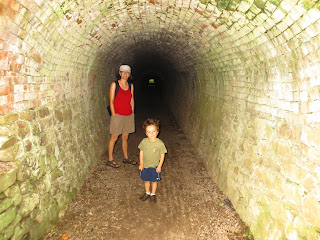 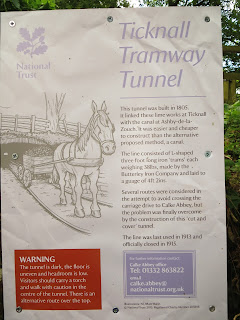 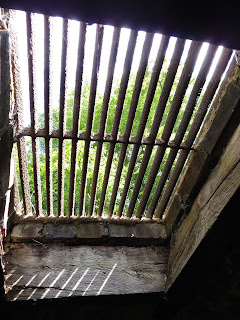 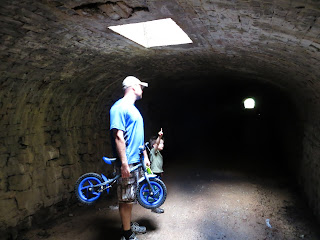 A little further on, we arrived at the tramway's original starting point: lime kilns used for baking the limestone quarried here, which was then carried down to the canal at Ashby.  They were beautifully overgrown with bright waving grass, spikes of colourful flowers, and - excitingly - a tangle of wild raspberries.  Who can resist free fruit on a walk? 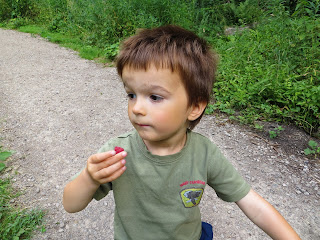 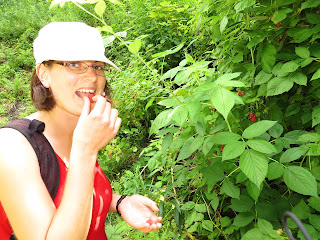 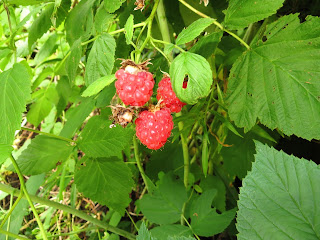 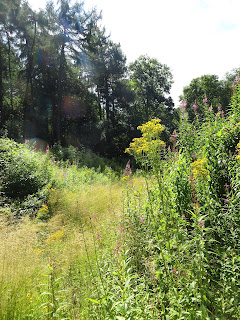 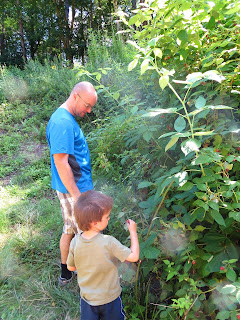 We ducked inside one of the cave-like kilns, where Toby threw pebbles into the water to hear the hollow splash.  We spotted bees and butterflies and even a teeny tiny frog. 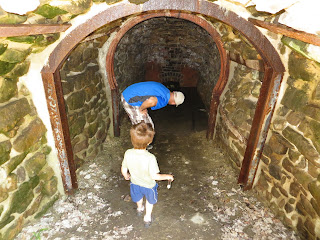 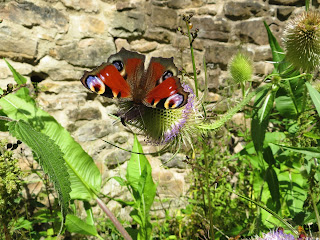 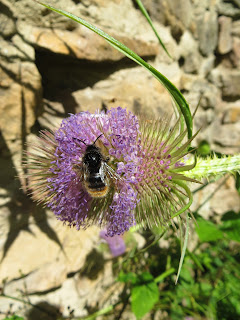 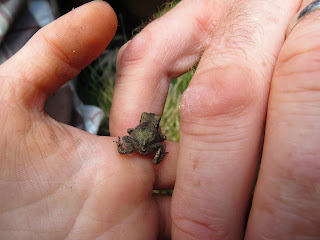 After years in Texas, summer in England feels like living in a rainforest.  I'd forgotten just how much vegetation springs up and grows and shoots and tangles and reaches and opens out and creates a whole profusion of green and gold and grey.  I'd forgotten how long wet grass soaks you up to your knees, and how you need a stick sometimes to fight your way between waving walls of brambles and nettles.  I'd forgotten how the sunlight sifts through leaves and settles in patches on the forest floor, and the glorious smell you get when it's just rained and everything is warm and damp. 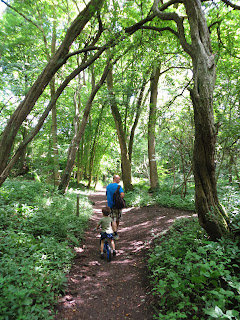 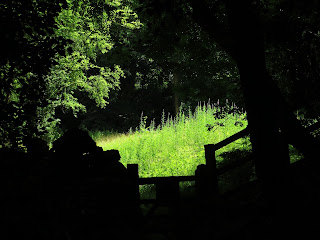 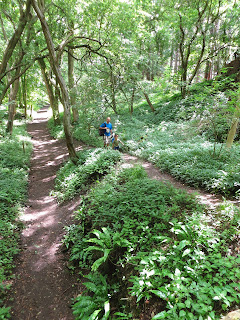 And I'm just about making myself homesick even though I'm here, which is quite an achievement, so I shall stop waxing poetic and finish off the walk.  Oh yes, the curious cows.  They followed us all the way across the field and then gathered around the gate.  I don't think anyone had read them the sign. 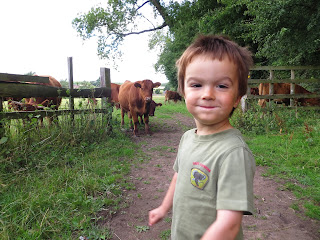 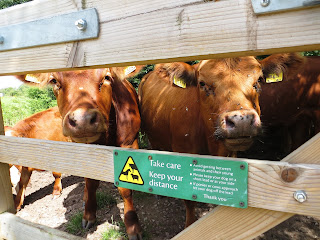 And we finished up at the village shop for a well-deserved ice lolly.  Who can resist ice cream at the end of a walk? 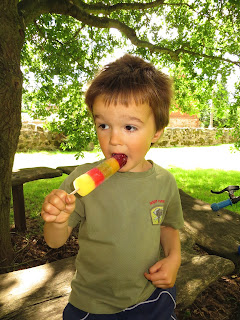