September 09, 2009
It is rare to find a place that has been planned and tended so carefully that every view, vista or passing glimpse is a beautiful one. It is even rarer that you can spend as long as you like in such a place for a mere dollar apiece. The Dallas Arboretum during August is just that place. 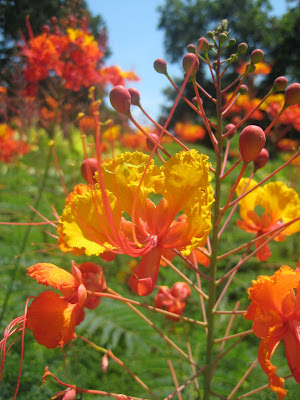 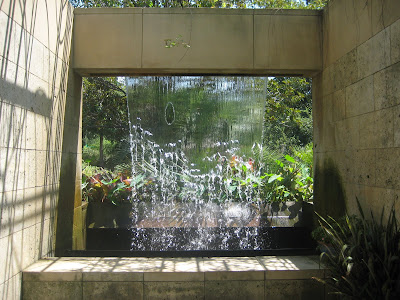 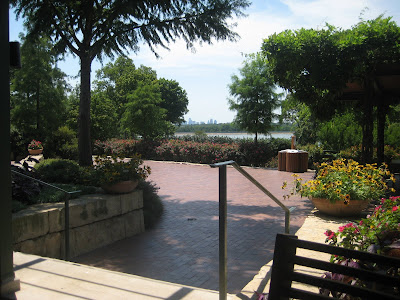 Dallas skyline in the distance. 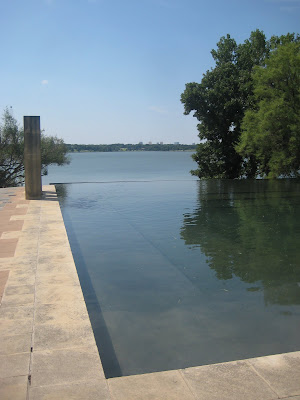 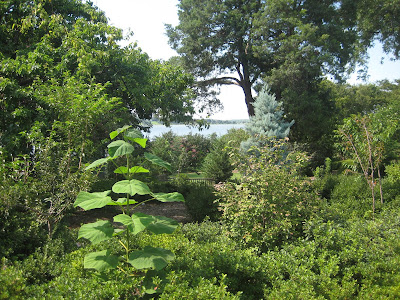 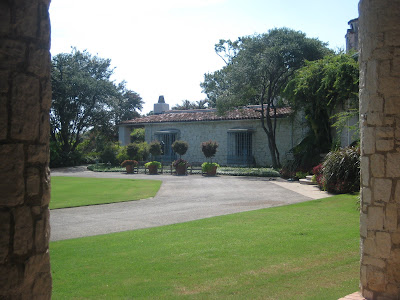 The garden was planted on the grounds of two estates. I believe this was one of the original houses. 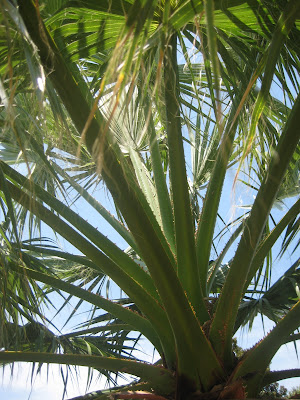 For added interest, there were children's-story-themed playhouses dotted around. This rather abstract one is The Little Prince by Antoine de Saint-Exupéry. I'd heard of this book a few times but never tracked down a copy, so was delighted to find an online text here. 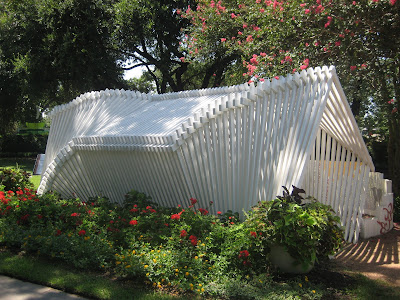 This next is Hansel and Gretel, of course. Disappointingly there was no view of a witch being pushed into the oven when you looked through the windows. Only some old chairs. 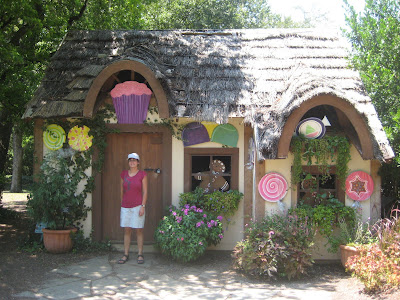 Eragon by Christopher Paolini. He was 15 when he wrote the book and it is well worth reading. Pretty typical fantasy fare (dragons, magic, swordplay, good vs evil) and good fun. 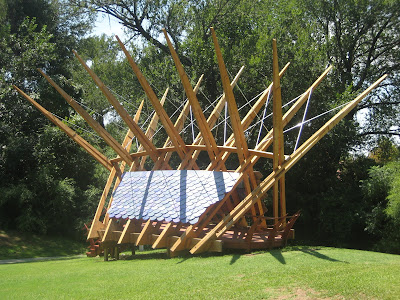