Well, it's been a while... we've been doing stuff, but just bits and pieces that I haven't quite got around to putting in blog form. The Memorial Day weekend (which is the same as the late May bank holiday in the UK) was pretty fun.

On the Saturday we went tubing with an outdoors group we're part of. What's tubing? Well, you get one big inner tube per person - and don't forget a spare for the cooler full of beer and snacks - find a suitable river, plop yourself in and float blissfully downstream.

Or that's the theory. The instant our tubes touched the water, a gentle drizzle started. Which progressed to cats, dogs and stair-rods. Then the thunder and lightning began. At that point we had a brief debate about whether we were safer in the middle of a river or on a wet, tree-covered bank, and decided to beach on a sand-bar until things calmed down a bit.

After that, it was actually quite a good trip. Here's us at a point where it wasn't raining. 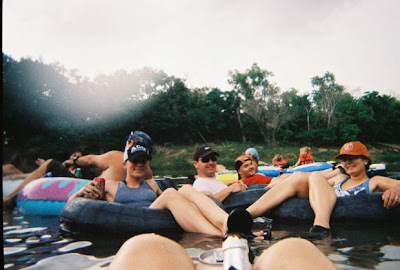 From left, that's Amie, Dave, Graham and me. Don't we look relaxed?!


Sunday afternoon Graham and I decided to head out west to Lake Mineral Wells State Park. We drove for the first 45 minutes in yet more pouring rain (what, you thought Britain had a monopoly on bad-weather bank holidays?) wondering if this was really such a good idea. However, after a lunch stop in Weatherford, it cleared up a little and we had a nice sunny evening at the park. So much so that we were kicking ourselves for not bringing tents and staying the night! 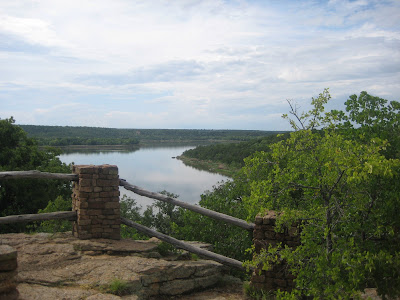 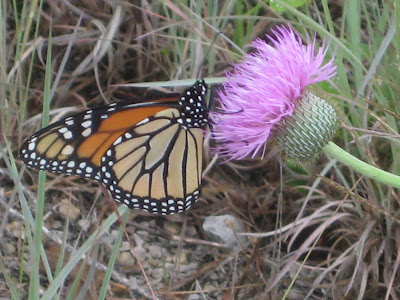 One of the attractions at the park is Penitentiary Hollow, a feature which Wikipedia describes as "somewhat unique", but I can't find any other information about. It looks kind of like a little canyon, but on closer inspection it seems to be made up of huge individual blocks of rock, rather than being carved through the landscape. 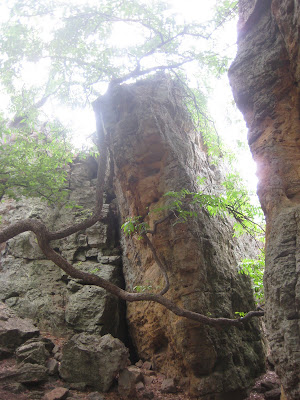 There are chunks of varying sizes scattered all the way down to the lake, as if a giant picked up handfuls of rocks and flung them around a bit. There are big cracks you can walk through, and steps to climb up the side. 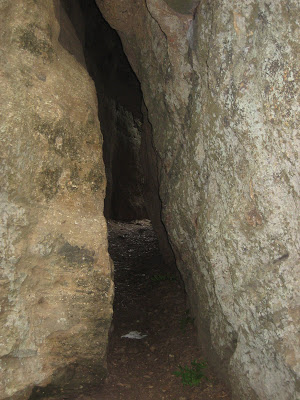 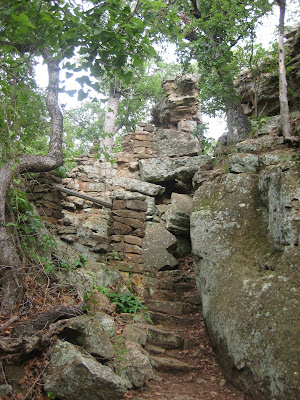 Like so many Texas state parks, this one is centered round a reservoir, and we ate ice-cream and admired the view for quite some time before reluctantly getting in the car again. 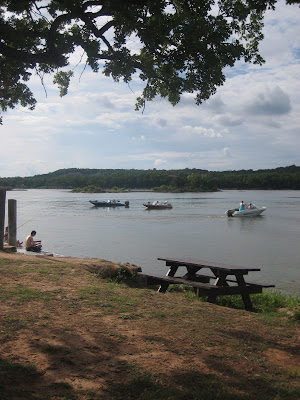