The colours of the canyons

June 12, 2009
Red and green. Not the garish colours of plastic Christmas decorations. But the soft, weathered, burnt-sienna red of rock worn into peaks and troughs by countless years of rain and wind. And the contrasting clumps of ever-changing greens from bushes, trees, cacti and grass, each clinging to their own little foothold. This was Caprock Canyon. And we were right in the middle of it all. 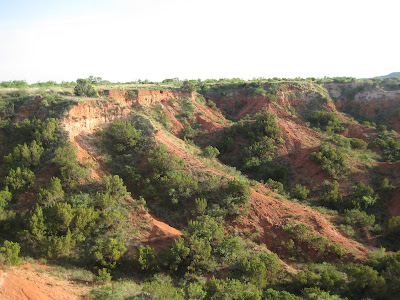 It had taken four hours to drive here. Four hours of long straight roads across flat bare countryside, passing through half-forgotten towns with their ramshackle shop fronts. Now we pitched our tent in the tiny campsite and soaked in the silence. Caprock Canyon is a sudden sharp schism in the landscape, jolting you in just a few miles from the homely farmlands to jagged edges of tortured sandstone. It’s the edge of a great plateau stretching across the landscape, and the sudden storms and ever-blowing winds have had their way with the exposed rocks for thousands of years. But all that violence seems far away when you watch the full moon rising over the still scene, the singing of crickets the only noise in your ears. 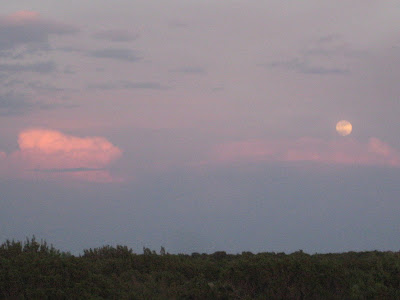 As we walked the next day, we passed peaks and pillars, cliffs and caves. A viewpoint opened up vistas down the entire canyon, blue sky arcing over green shrubby floor. Fern Cave, reached by a steep scramble down a rocky path, was a cool retreat of lush green leaves hanging from the damp dripping rocks. Graham jumped a few feet backwards as he suddenly spotted a flat-headed snake alert at the side of the path. It wasn’t long but it looked mean, so we gave it a wide berth. Back down in the dry stream valley, we admired castle-like walls of crenellated rock and sweltered in the sun as the day grew hotter and our water supply grew lower. 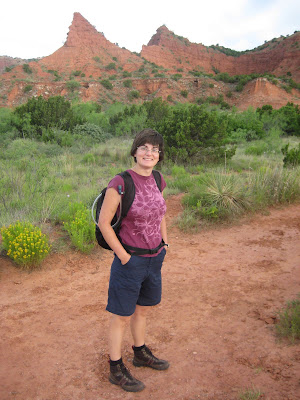 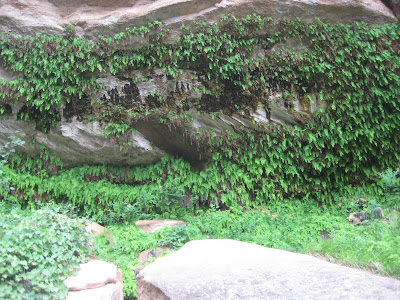 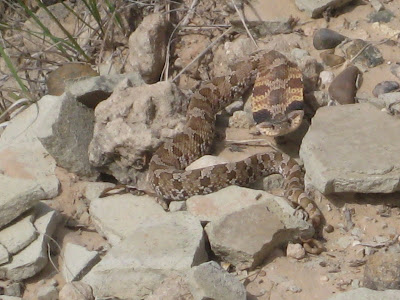 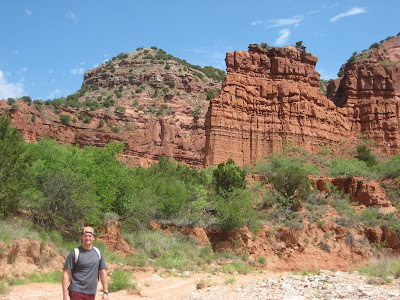 Later that day, we traded the solitude of that empty landscape for a cheerfully expectant crowd in Pioneer Amphitheatre. TEXAS has been put on every summer for 44 years on this outdoor stage in Palo Duro Canyon, an hour or so up the road from Caprock. We sat in the warm evening and watched as the story of cattle ranchers, pioneer spirit, love and strength was played out – complete with galloping horses, a Beethoven’s Ninth thunderstorm and an awesome prairie fire scene. 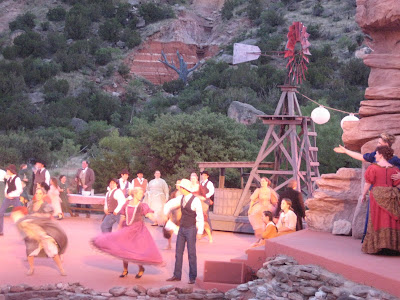 Our final hike was to the Lighthouse, a huge smokestack of knobbly rock that is the most well-known formation in Palo Duro. En route, we met lizards posing on rocks and scurrying across the path. We were watched warily by a big-eyed, slender snake camouflaged amongst the leaves. And we viewed with gruesome fascination a team of ants dragging the body of a huge bee back to their nest. In such a harsh-seeming environment, there was life going about its business everywhere we looked. 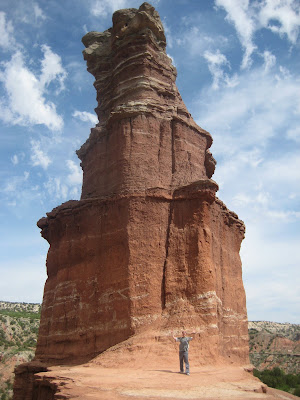 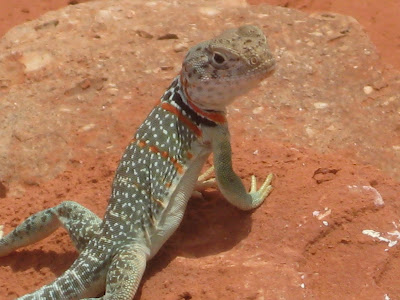 And for millions of years, humans too have found a place here. The ancient Indians survived by running herds of bison over the cliffs. Then came shepherds raising sheep, and the great cattle barons of the West. Now we are just tourists, with none of the hardships of their lives, but we felt privileged to have walked in their footsteps and shared the harsh beauty of the canyons. 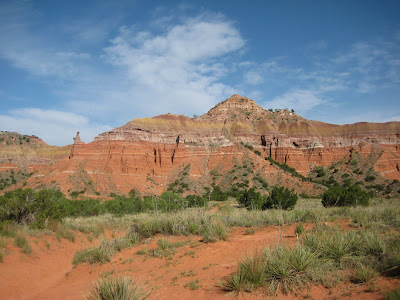