Yes, it's October, which I know is really late to be blogging about the summer. How does September disappear so fast?

We fitted in a holiday to Cornwall as well as all the stuff I've told you about here. That was another new thing - first time we've been to Cornwall as a family - but it definitely deserves its own post. Just one picture to give you a flavour of the trip... 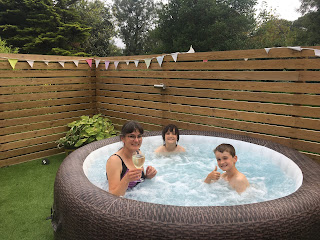 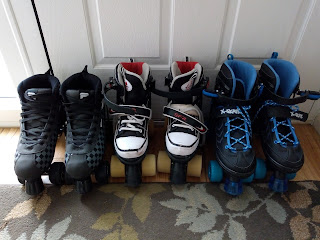 The boys and I have discovered we like life on eight wheels! We went to Rollerworld for the first time at the beginning of the summer, and since then we have spent quite a lot of time there. And bought roller skates.

The rink also offers lessons, which are useful for practising things other than skating around in a large circle. We learned how to stop (key skill!) Toby and Theo have got good at going backwards, while I'm still working out how to turn around. 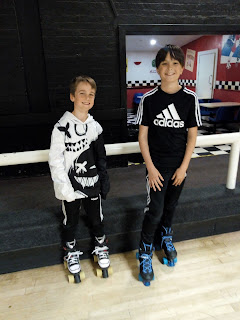 When they're not whizzing around a skating rink with me, the boys have been firing pointy things through the air with Graham. He has been doing archery for over a year now, and now Toby and Theo are having a go. They did a taster session in June, and completed the beginners' course - two six-hour days - at the start of September. 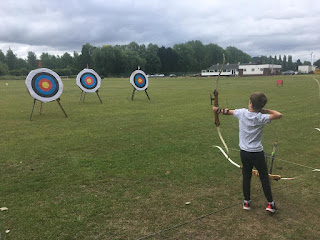 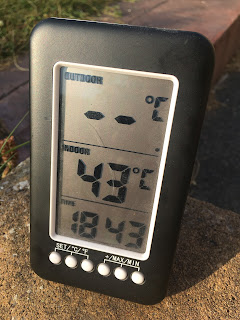 Yeah... remember when it was hot? Like, really really hot? The guinea pigs snuggled up with ice blocks, and the kids sprayed water around in the back garden, and no one got any sleep at night. 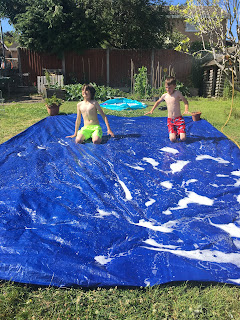 I feel like only the British could manage to worry about being too hot and too cold at the same time. But we'd barely got past the extreme high temperatures before we were faced with warnings about winter fuel bills. In both cases, action is better than worry: here is a list of charities working against climate change; and Gateshead Council is ahead of the game when it comes to providing warm spaces this winter, but many others are looking into it, my church included.

We explored a few new places this summer. Firstly we found a lovely shady walk along Dimmingsdale and the Churnet Valley near Alton Towers - very good for hot weather. 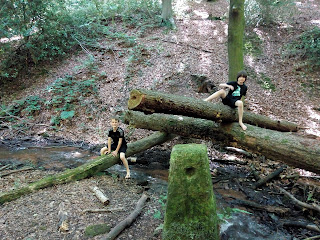 Curbar Edge is the exact opposite - very exposed with no shade at all! But it has awesome views over the Peak District. 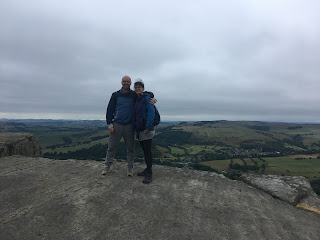 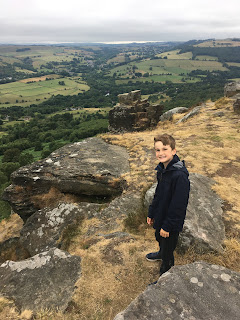 We followed up with a visit to Village Sunflowers in Baslow, where we ventured into a field of sunflowers to choose our own, and made friends with Trevor the turkey. 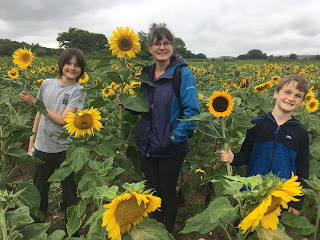 And finally, another valley walk in Padley Gorge. We followed the main path downstream, but scrambled over rocks and along tiny paths to get back up. Great fun. 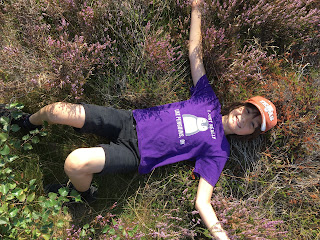 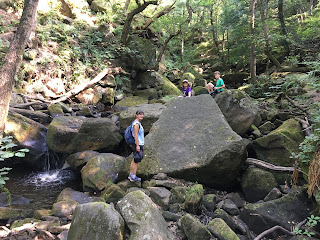 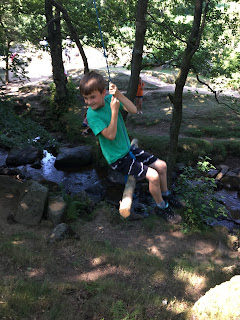 After a quick ice cream, we did the short drive to Hathersage to splash in the outdoor pool. I was glad it was a hot day! Even though the water is heated, it's surprising how quickly you cool off if you're not actively swimming. 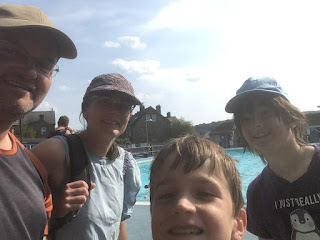 During lockdown, the boys spent hours sorting their Lego into colours. Since then it's been living in various takeaway containers and ice cream tubs, and generally taking up a lot of space. So we went and bought some plastic drawer units, and now it looks much tidier. The cars still end up having races all over the floor, though! 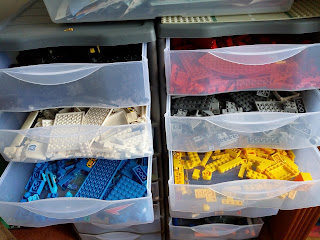 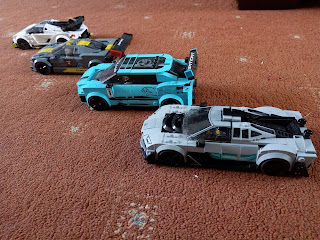 And finally - Toby's moved up to secondary school! Here he is in new blazer, tie, and all. It took him a few weeks to feel settled in such a huge new place, but he's showing definite flickers of enthusiasm now. Theo is in Year 4 at primary school - it feels strange to only be picking one child up at the end of the day. 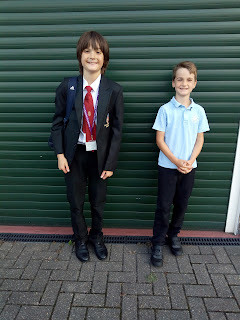