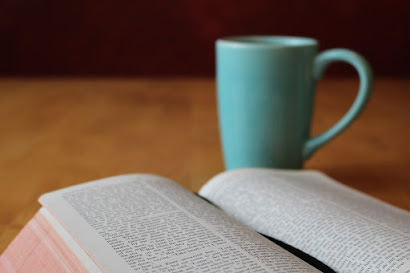 Through my growing-up years, if I'd asked someone which Bible verse summed up the Christian faith, I'm pretty sure they would have responded with John 3:16.

For God so loved the world that he gave his one and only Son, that whoever believes in him shall not perish but have eternal life.  (John 3:16 NIV)

It was the verse; if you could quote one bit of the Bible from memory, this would be it.  Those of us in UK Sunday schools in the 1990s can probably still sing John Hardwick's musical setting, with its acrostic chorus: "L is for the love that he has for me, I am the reason he died on the tree..." (it finishes with F and E, in case you were wondering).  And while no one would argue that it represented the totality of God's revelation to us, I think most evangelical Christians reckoned it was a good start.

Nowadays, I rarely hear anyone quote John 3:16.  But everywhere I turn, people seem to be leaning on Micah 6:8.

He has shown you, O mortal, what is good.
And what does the Lord require of you?
To act justly and to love mercy
and to walk humbly with your God.  (Micah 6:8 NIV)

The Lectio 365 prayer app uses it as one of their key verses.  I have recently heard several talks using it as a central text, and anything referencing racial justice, environmental issues, poverty or slavery is quite likely to include it.  Again, no one is using it as the be-all and end-all of our faith, but as a guide to living a Christian life, many people count it as a good place to start.

Looking at the two verses together, the difference in emphasis between the two is quite striking.  I think there has probably been a corresponding change in emphasis among many UK Christians, which is why we now hear Micah 6:8 quoted more than John 3:16.  So let's look at each of them more carefully.

This starts with that great statement of what God has done: For God so loved the world that he gave his one and only Son.  The fact that our faith rests on what God has already achieved for us is front and central in this verse - and as I've previously argued in my post about teacups, this is quite an important thing to remember.

that whoever believes in him... Our response, then, is to believe in someone not to do something.  In my experience of how this verse has been used, the emphasis is often individualistic (you yourself must believe) and prescriptive (this is the set of ideas you must believe).

...shall not perish, but have eternal life. So we wind up with the ultimate threat/reward: are you in or are you out?  The understanding of this phrase was definitely that it referred to your "eternal destiny" i.e., whether you went to heaven or hell when you died.  So the bit between believing (as a one-time individual decision) and salvation (as a specific thing which happens when you die) is left unsaid if you use John 3:16 as a summary of the Christian faith.

This verse also starts with a statement of what God has done, but in a much vaguer way.  He has shown you, O mortal, what is good. Does this mean the giving of the law, or a reference to God's character, or to our own consciences?  No one seems too bothered about the exact meaning, and it's usually glossed over in order to get to the "live justly" bit.

And what does the Lord require of you? In contrast to the verse from John, the focus here is on what we do in response, not what we believe.  This is used to declare that our faith comes with a strong responsibility to the world around us, and that responsibility is not just making sure other people know what to believe.

To act justly, and to love mercy, and to walk humbly with your God. Well, this firmly fills in what John 3:16 leaves out - and avoids any mention of eternal salvation.  Although Micah's text is addressed to "You, O mortal", it tends to be interpreted in a more corporate way - we, as a church, are called to work for justice and mercy in the world.

I think there's been a shift from belief to action.

Is this a gain?  It has the benefit, hopefully, of giving our churches fuzzier edges - people can join in with what we do, without having to decide whether they agree with every article of our faith.  It also reflects the wide variety of beliefs within the church itself.  It's less important whether a church is Baptist or Pentecostal or Anglican, and more about whether it's an active part of the community.

If we're not careful, though, it has the danger of making it more about us than about God.  We lose that joyful affirmation of a historic event - God loved us and sent his Son! - as we rush around trying to figure out the best way to do justice and love mercy.  Again and again, we need pulling back to the good news of what God has done, not just good advice about how to live.

I think there's been a shift from love to justice.

"Love your neighbour" often turns into, "Be nice to those who you naturally associate with," or at least, it does for me!  I find talking about justice much more challenging, as that requires me to pay attention to people I wouldn't naturally associate with, and answer questions about whether they get the same consideration that I get.  Which, really, is what loving your neighbour means.

Framing things in terms of justice also gives us a different set of expectations for people.  We can work for justice - and indeed mercy - for everyone, regardless of whether we agree with them, because we believe that justice and mercy are good ideals in themselves.  Whereas Christian love has sometimes become conditional.  "Of course God loves you, but he only really welcomes and loves you if you're doing the right thing."  As I write that, I realise how ridiculous that is - we should be able to say exactly the same about love as we do about justice and mercy.  But I still find myself trying to justify it.

So it's not that justice overall is better, but that it gives us a fresh perspective.  Our concept of love has got distorted, so that it's easy to persuade ourselves that if we are nice to those like us, then we are being loving.  Asking ourselves whether we are promoting justice makes us look again at how we are living.

I think there's been a shift from individual to societal.

Interestingly, John 3:16 is the verse that talks about "the world" and "whoever", whereas Micah 6:8 addresses, "You, O mortal".  On the other hand, in John's gospel, Jesus is talking to one man, Nicodemus, whereas Micah is prophesying to the whole nation of Israel.

At any rate, the model of Christianity built around John 3:16 tends to emphasize doing mission by bringing individual people to a definite point of belief in Jesus.  The model built around Micah 6:8 tends to emphasize being missional by influencing the society around us.  Some of that comes out of different ideas about the main point of following Jesus - is it to save us from eternal damnation or is it to bring God's kingdom to the world?  Some of it is a reaction to the growing individualism in our culture, and a recognition that many people need a community to belong to.

Of course, individuals are society, and vice versa.  We can't separate the two, and maybe that's useful to remember - that when we talk to one person, we talk about the world, and when we speak to our nation, we say, "You".  We can't just have lofty ideals about changing our culture, and we can't just deal with the person in front of us and ignore the larger picture.  We need both.

How do you sum up your faith?

A post like this reminds me just how difficult it is to make generalisations.  I'm pretty sure these shifts apply to a larger group of Christians than myself, but I'd struggle to define who they are and what labels they might give themselves.  Evangelical?  Post-evangelical?  Liberal?  Progressive?  Hopefully it's less about the labels and more about realising some of the weak points in our previous understanding, and trying to address them (without over-compensating the other way!)

So, has your faith shifted?  Would you sum it up differently now to how you would have done in the past?  And what have you gained or lost in the process?

September 05, 2014
A beautifully wide theme which can cover everything from blowing bubbles to spotting planes.  Sorry for the belated blogging! Activities 1. Straw painting Toby loves straws at the moment and usually has at least two in his drink, sometimes up to five!  So I thought he might enjoy a spot of straw painting.  We dolloped watered-down paints onto a big sheet of paper, and blew air through the straw to spread the paint out.  The results weren't quite as spectacular as I'd hoped, but it was quite fun.  2. Balloon on a string Toby had already been introduced to the idea of blowing a balloon up and letting it go whoowheeewhooo around the room, so we tried the next stage up - racing it along a string. Thread straw onto long piece of string. Tie string across room. Blow up balloon. Tape balloon onto straw. Let go.  Wheeeeee! Duck! 3. Paper aeroplanes Yeah.  This and the balloon on a string was my attempt to keep us entertained on a wet Bank Holiday Monday.  Ver
Post a Comment
Read more

September 04, 2022
'Abraham believed God, and it was reckoned to him as righteousness.' The preacher was reading from the book of James. It was a passage all about how faith is useless if it isn't accompanied by good works - actually feeding the hungry instead of just saying you'll pray that they'll have food! And James used Abraham, that patriarch of the Jewish faith, as an example of someone whose faith showed up in action. 'Hang on,' I thought. 'I'm sure I've seen that quote in one of Paul's letters, too.' I flicked back a few pages and found it in Romans 4.   'Abraham believed God, and it was reckoned to him as righteousness.' But in this passage, Paul is arguing exactly the opposite thing! The whole chapter is about how we can't  earn righteousness through works, but only by faith. And Paul uses Abraham as an example of this, too. Abraham was righteous because he trusted God, not because he followed the law. So the exact same quote is use
Post a Comment
Read more

August 24, 2021
Do you read books in order to live a better life? I read books for lots of reasons, ranging from escapism and enjoyment to information and obligation.  In some sense, every book we read lodges somewhere inside us, affecting who we are and how we react to life.  I am the product of many books (far too many, some would say!) Not my library! (Image: Pixabay) Last year, though, I read four books with the specific intention of growing spiritually.  These four books were chosen by the Renovaré Book Club.  Renovaré Book Club Renovaré wasn't a name I'd come across before.  Turns out that it's a Christian group founded by Richard Foster (who wrote Celebration of Discipline ) and involving Dallas Willard (who wrote The Spirit of the Disciplines ), which probably gives you a good idea of their emphasis!  I was impressed with the quality of resources offered with the book club - podcasts, articles, discussion boards, online Q&A - and I also thought they'd done a good job get
1 comment
Read more