States of Matter (or Making a Glorious Mess) 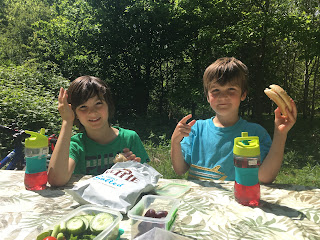 Theo's meant to be looking at the five senses this week, you see, so we've had a bit of fun with tasting food while blindfolded, and guessing the smells.  Today was the sense of touch, so I thought, "Ah yes, those touchy-feely boxes."
Then I thought, "How about jelly?"
Then I thought, "Gels.  Foams.  Aerosols.  All sorts of fun stuff!"
And quite frankly, if having a chemistry degree doesn't mean you teach your kids about colloids and viscosity by the age of 10, then what is the point?
So for colloids, we had green jelly, blue shower gel, shaving foam and yoghurt.  (Is yoghurt a colloid?  I'm pretty sure it is.)  Otherwise known as lots of lovely gloop.
If you missed that bit of your education, a colloid is basically one state of matter dispersed in another one.  So you can have a solid mixed with a liquid, which gives you something like shower gel, jelly, or yoghurt; or liquid mixed with gas, which gives you shaving foam, whipped cream, or whisked egg whites.  Most things that are kinda gloopy are probably colloids.  This website gives a pretty good explanation. 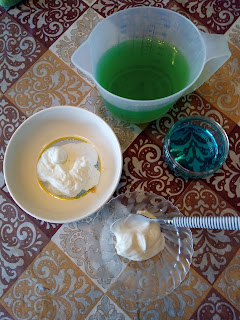 Powders are another interesting one.  All the tiny bits are definitely solid, but because they can flow over each other like the molecules do in a liquid, you can pour a powder a bit like you pour a liquid.
(You can also explode some powders quite nicely, but I think we'll stick to watching YouTube videos for that experiment!)
We had flour, salt demerara sugar and custard powder for a nice range of particle sizes, and talked about whether they felt soft or gritty or squeaky (that was the custard powder). 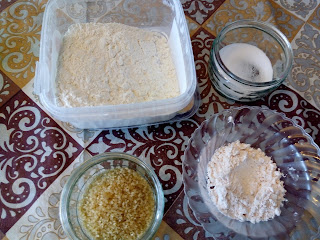 And then we had viscous liquids.  That's black treacle, golden syrup, olive oil and water.  Viscous is one of my favourite words.  It means thick and sticky.  Viscosity is the measure of how viscous something is.  Treacle has the highest viscosity here, and water the lowest, and we talked about if a liquid got really really thick and sticky, it would pretty much be a solid. 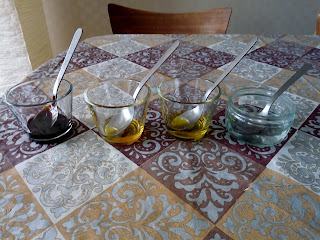 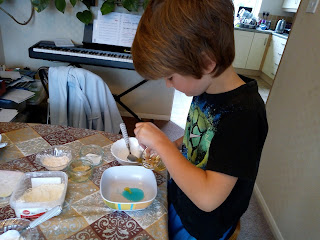 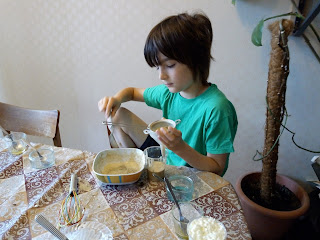 And finally these, which you'd almost think were edible if you didn't know they were composed of shower gel, black treacle, cornflour and shaving foam. 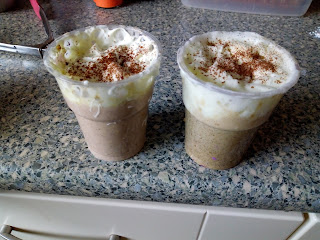 After that we melted chocolate and coconut oil (solid into liquid transition) and made these, which are, in fact, edible, if you don't mind all the sugar balls getting stuck in your teeth. 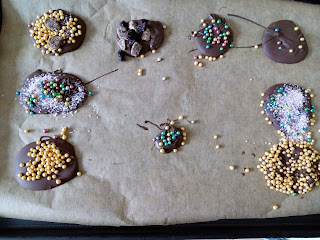 And after that I had to wash sticky gloop off every bowl and spoon in the house, and get the boys to change their T-shirts.  But it was worth it to hear them say, "That was the best homeschooling day ever!"
As long as no one says, "Mum, can we do it all again tomorrow?"