The next stage of parenting

February 13, 2019
And just like that, we are no longer the parents of any under-fives! 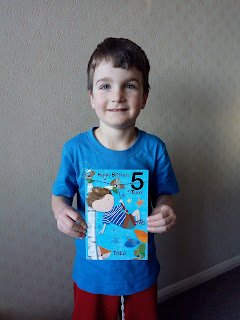 Yes, Theo has had his fifth birthday, and it feels like we are on to the next stage in our parenting careers.

We survived the nappy changes and the night time feeds.  We lugged the awkward heavy car seat to restaurants and churches and supermarket trolleys and doctors surgeries.  We squeezed tiny bendy arms and legs into equally tiny clothes - only to undress and re-dress them ten minutes later.  We introduced them to the delights of solid food.  And we sat them down on the grass somewhere, took a step back, and marvelled at how tiny and utterly dependent they were. 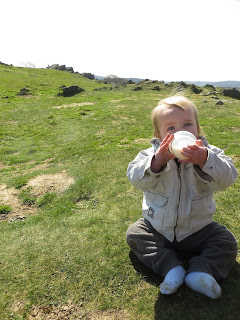 Then we found ourselves with toddlers, who needed constant watching and entertainment.  Suddenly a lot of equipment went everywhere - pushchair, high chair, travel cot.  Wipes, nappies, spare clothes, toys.  The inevitable dummy and the inseparable soft toy.  We visited every toddler group and soft play area within a ten mile radius, and we didn't have a single uninterrupted conversation with anyone. 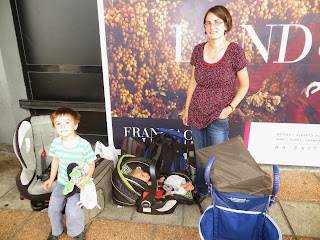 Gradually, milestones popped up along the way.  The first walk without a pushchair.  The move from a cot to a bed.  The moment when we realised we had all slept through for several nights in a row.  They learned to put their own shoes on, to get dressed, to use the toilet, to brush their teeth.  We took them to preschool, birthday parties, cafes and playgrounds. 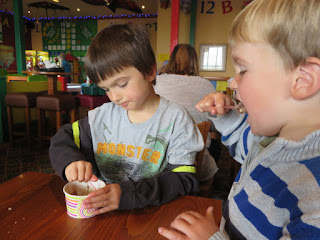 And then we bought school uniform and black Clarks shoes, and they looked terrifyingly small and amazingly grown up as they went into the classroom with all the other children, and our knowledge of their day was reduced to mystifying fragments: "We made magic potion and I went really fast!"  "I didn't like my potato so I put my hand up and Mrs Hatton said I could eat my biscuit." 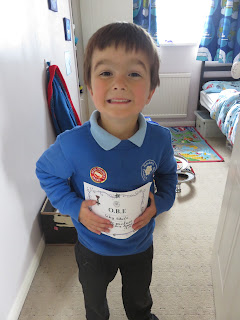 So now, we are no longer parents of any under-fives.

I am enjoying this stage.

I like seeing them design cars and write poems and draw pictures and make friends.  I like it that they're still small enough to snuggle on our laps, and we still know where they are all the time.  And I like it that they're big enough to play together, and enjoy having a babysitter instead of clinging to us when we go out, and take their own plates into the kitchen after dinner.  And, after eight years, I no longer have to wipe anyone else's bottom! 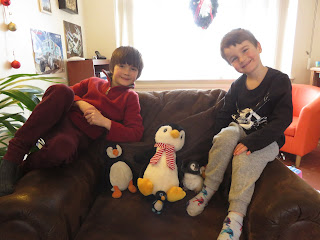 I'm also finding small snippets of time which didn't exist even a year ago.  Such unthinkable things as ten minutes of piano practice, or a regular prayer time, are working their way back into my schedule.  Back in the baby stage, I'd assumed that my children would have to be at least teenagers, possibly even have left home, before I had any chance of resuming my own activities.  I'm glad to be proved wrong about that.

Talking of teenagers, I know we have that looming on the horizon.  Dealing with hormones, and letting them disappear for hours at a time, and trying to monitor internet use, and supplying enough food for enormous teenage appetites.  I know.  So that's why I'm enjoying this stage.  Because soon we'll be on to the next one.