January 24, 2019
I know some of you appreciate the family news I post on here, so here's a quick summary of what each of us has been up to over the last couple of months. 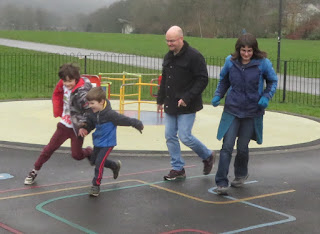 
- went to his first Cubs meeting on a night when they were eating hot dogs and marshmallows, loved it, and was very proudly invested as a member just before Christmas. 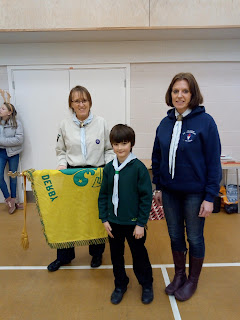 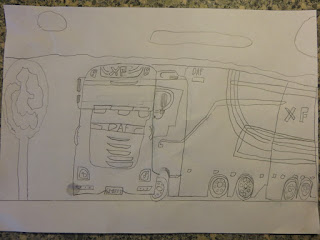 - has a large collection of beer bottle caps (any donations welcome, as his primary provider was an ex-work-colleague of Graham's). 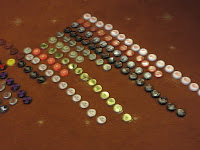 - plucked up courage to go on a zipwire at the playground, and discovered it was great fun. 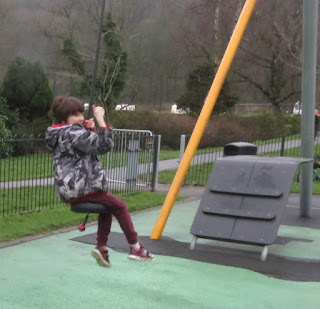 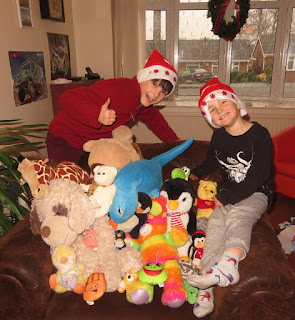 
- likes playing on the bikes and in the home corner at school. 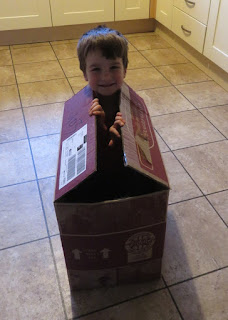 - is now right at home with phonics: "I can spell cat!  Cuh, Ah, Tuh."  He's also been telling us about digraphs, at which point Graham and I nod enthusiastically and give each other bemused looks over Theo's head.  All this was out of fashion when we were at school.

- was a very cheerful king in his nativity play. 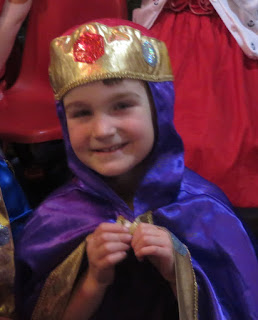 - enjoyed a new scooter, a car racing track, a chef's hat and apron, and colouring pencils for Christmas. 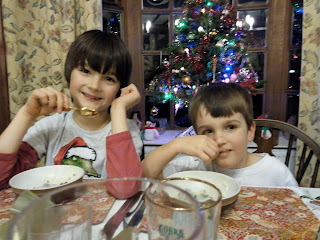 - is constantly asking how many days it is till his 5th birthday (not long now...) 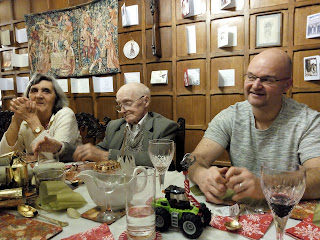 - started a full-time management role at a company where he's been working part time for a while.  There's a lot to do but he feels like it's going well.  (Apparently some customers have already commented on the improvements he's made!)

- spent a weekend in Scotland being support crew for a guy cycling in a mountain-bike endurance race.  18 hours driving and 2 nights in a camper van in freezing temperatures sounded like too much endurance for me!  (Read the story here)

- discovered the enormous Sutton Park in Sutton Coldfield, so we went for a visit and explored one small corner of it. 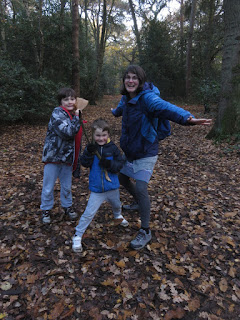 - enjoyed escaping from the kitchen over Christmas - we went to visit Graham's family and then my parents, so we did all of the driving and none of the catering this year!

- thought everyone was going to be trying to slim their waistlines and fatten their wallets in January, so has been surprised that the cafe is actually quite busy.  Bacon and eggs never seem to go out of fashion. 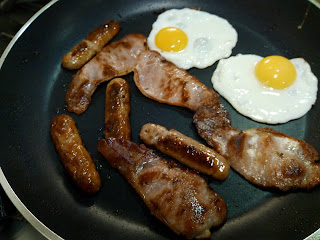 - spent the morning of her birthday taking sons to swimming lessons, playdates and soft play parties, but then got taken out for a delicious Italian meal in the evening (another of Graham's discoveries).


- has much longer hair than she has done for a while, but no good photos of it yet.

Anonymous said…
Sounds like the family are all flourishing and well. I hope you might come and visit in Cairns Road Baptist church in 2019. We have room here to put up the family. Emma Caldwell and family