November 12, 2018
October and November have been busy around here!  A lot of events fall in and around the half term holiday, so here's what we've been up to.

Toby celebrated his 8th birthday in Super Mario style.  He invited a bunch of friends over for the afternoon, and they all divided their time between video games, trampoline and pizza.  Graham and I pushed our ear plugs in as tightly as possible and supervised from a safe distance!


The cake request this year was a Super Mario pinball game, so I did my best to deliver: 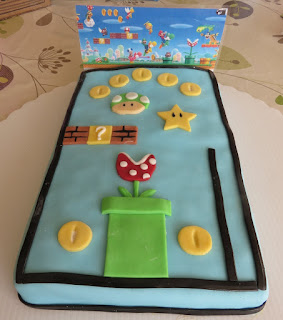 And next on the agenda was a trip to town to spend his birthday money.  It's all about Smiggle right now, which is a trendy (read: overpriced) brand of stationery.  Fortunately they do have sales, so Toby managed to acquire a lockable notebook and a selection of pens for a not-too-eyewatering sum.  He's using the notebook to plan his own business, either in car design or selling bicycle bottle holders, so if he's a millionaire before his 18th birthday I'm sure it will have all been worth it! 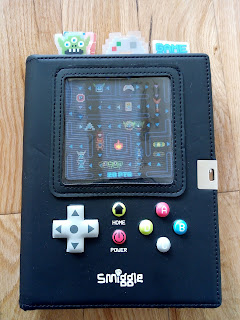 Our local summer fruit PYO, Scaddows Farm, branched out into pumpkins this year, so we went to choose a couple on a gorgeous autumn Monday just before Halloween.  The boys were desperate to carve them as soon as we got home ("Put the knives down!").  We soon had pumpkin seeds all over the kitchen, two jack o'lanterns, and no severed digits, thankfully.  After the pumpkins had been used for their initial purpose, I chopped them up and roasted them, and they've been reincarnated as soup and cake. 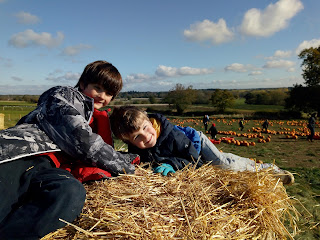 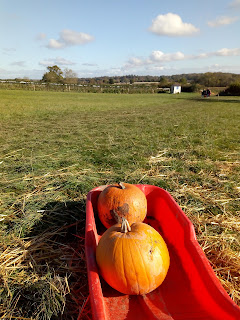 The village gets pretty busy for trick or treat, with a nice family atmosphere.  Our two went out as a skeleton and Spiderman this year, and collected a ridiculous amount of sweets! 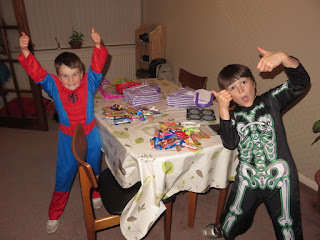 Just a couple of days later we were into firework season.  We're never quite sure whether going to a display will result in screams of fear or cries of delight.  This year we managed both.

On Saturday we went to a local display which was pleasantly uncrowded, but the fireworks were let off barely 30m from the crowd.  Theo did not like it at all.  However, we won the prize draw to light the bonfire, so the evening was redeemed by the opportunity to turn a pile of rubbish into a blazing inferno.

On Sunday we joined several other families from school at the Mercia Marina fireworks.  Toby was up on the fence with his friends, cheering and whooping, and even Theo was persuaded to have a little look.  We marked bonfire night itself by toasting marshmallows over a fire with some friends, which was much more Theo's idea of fun!

And finally, Toby joined Cubs just in time to participate in the Remembrance Sunday parade service.  He was very proud of his new green uniform as he marched down the aisle with the other Scouts and Guides. 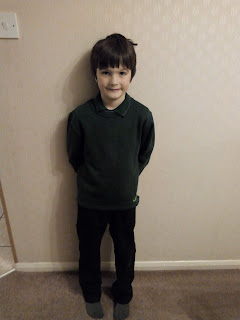