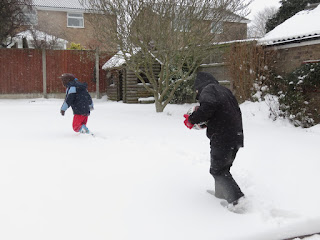 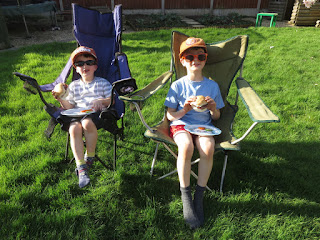 via a LOT of rain. 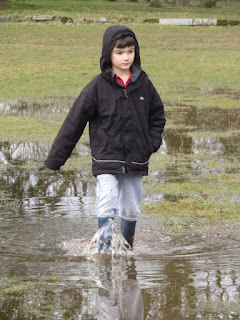 It feels like a long time since I wrote a general family update, so here are a few highlights for March and April.

Toby and Theo both needed Easter bonnets this year.  I was dreading the whole thing, but to my surprise, both boys were enthusiastic about making them, and it turned into an enjoyable experience.  They didn't win any prizes, but they were very proud of their hats. 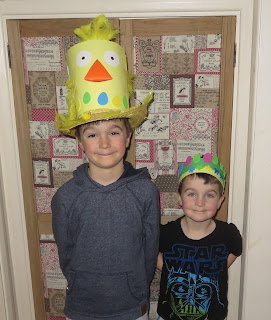 We also baked and decorated biscuits, and took them to my parents' for the Easter service at their church. 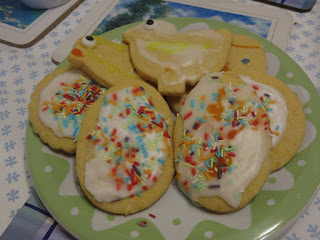 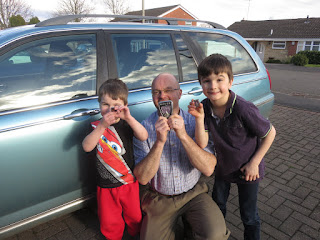 We parted with our aging and decrepit Rover and traded it in for a shiny new vehicle.  Graham did all the hard work finding the new car, but it was well worth it.  The gears work.  The windows roll down.  The doors open without falling off.  It even has a voice control system which tells the boys to "Please speak more quietly" when they yell at it.  Such luxury.

We discovered a couple of new walks.  On one, Theo learned to play the saxophone, we followed an old Roman road, and we sat in a WWII bomb crater. 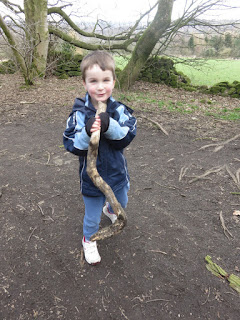 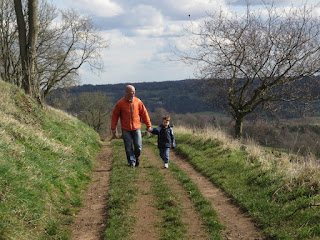 On the other, Toby built a house among the rocks, Theo kept asking where the volcano was (answer: 600 million years ago), and we visited a monastery. 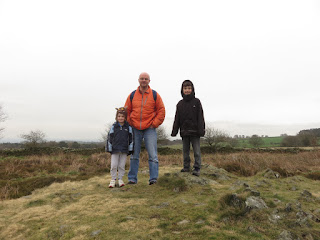 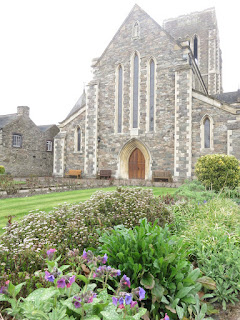 Toby wanted to go as Willy Wonka.  I briefly considered making a costume, then bought it on Amazon.  Best decision.  Made my life about a million times easier.  And he looked fantastic. 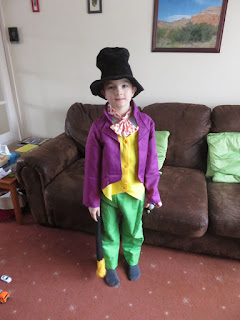 A Writers Day organized by the Association of Christian Writers, of which I have now become a member.  The speakers were from Premier Christianity magazine, and were both excellent; even though I wondered if it would have been more useful to spend six hours actually writing, the day was informative and entertaining.


A 2nd birthday party and a 1,000,000th birthday party (or 64th for those who don't speak binary) where we saw friends and family that we haven't seen for an embarrassingly long time.  The millionth party included karaoke, so we had a go at Shut Up and Dance as a family.  I didn't think the boys would actually do it - well, I didn't think I would actually do it - but we did.  And it was fun.

The magnolia is in bloom for about ten minutes every year (there are petals all over the lawn already) but looks lovely while it is.  So here's a family portrait in front of it. 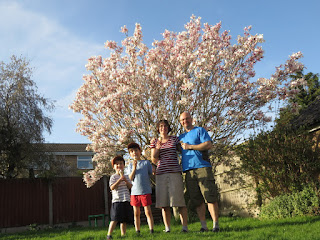