Transforming into a 7-year-old

November 02, 2017
Well, our big boy is now seven!  Like the Transformers toy he was begging for, Toby is changing rapidly from one thing to another.  He's gone from just starting school to the top year of the Infants, from hanging onto my hand to going round the block by himself, from sounding out letters to devouring Roald Dahl books.  He can beat any of us at Mariokart racing on the Wii (due, no doubt, to far too many hours of practice), wants to be in the Guinness Book of Records (for the fastest spinning hands) and likes maths the best at school. 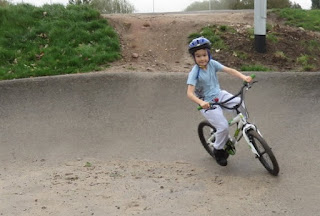 You won't convince Toby to try it your way unless he's tried it his way first.  But he'll always be trying something, that's for sure: making, writing, building, experimenting.  Sometimes he'll dash through it.  Sometimes he'll storm off in frustration.  Then other times he'll persevere, and produce something amazingly intricate. 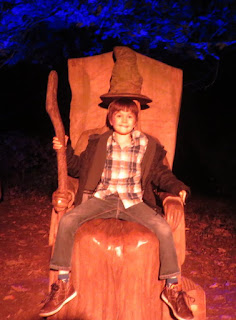 Toby celebrated this year by having a few friends over for a birthday tea.  Seven-year-olds, we discovered, are a lot easier to entertain than five-year-olds!  Within minutes of arriving they had all vanished upstairs, with only a few muffled giggles and thumps to give them away.  They then spent most of the rest of the time on the trampoline, with a brief break for pass-the-parcel and pizza. 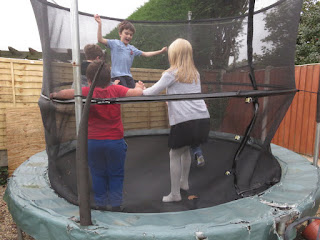 The cake this year was Transformer-themed.  That's Bumblebee's vehicle mode, if you didn't recognise it, with Bumblebee in robot mode perched on top. 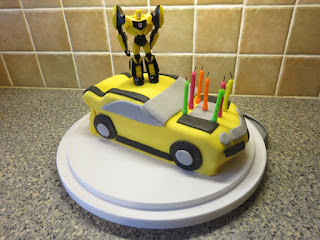 He got his coveted Transformer, by the way - Optimus Prime, who turns into a truck.  But, being Toby, he just had to take a moment to read a few facts from a book before opening the big present. 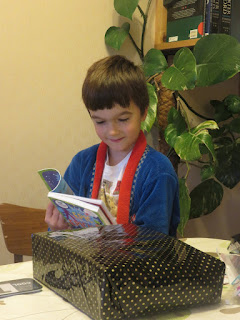 Happy birthday, Toby.  We're glad we get to watch you transform.